lol I finally finished this!!! well the main model anyways, I still gotta color it and stuff, and then rig it =P

I had to retopologize everything cuz the low poly model I had before made it look very deformed lol so here we go. The one on the left is the high poly(70K polygons), and the one on the right is the low poly version(3010 polygons). I’m going(or rather want) to use it for an RPG game(kinda like zelda, but with more features, like level up and such) that I want to make. Do you guys think 3k polygons for a char in a game like that is too much? 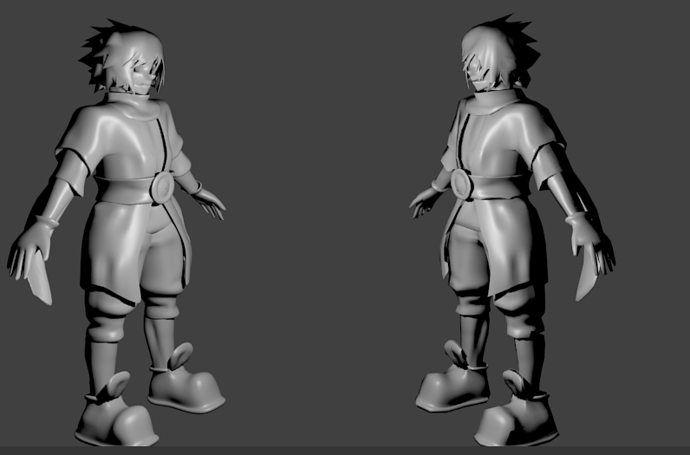 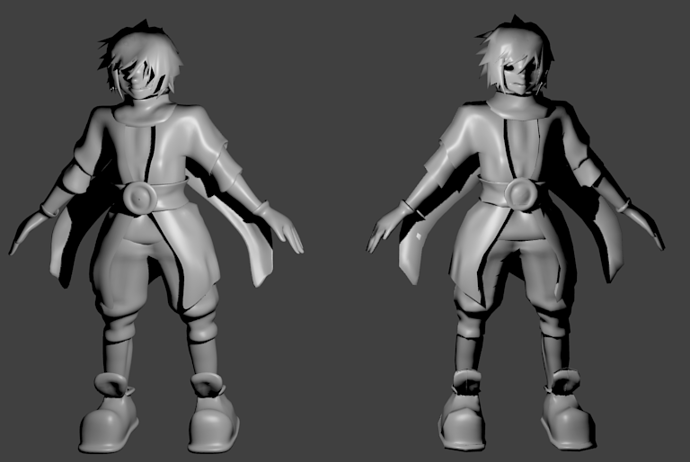 It would be a good idea to lower the polygon count as much as you can. 3K isn’t extreme in general, but for the bge you should try to go down to 2k at most. You should lower it if you’re planning to build a world for the character. try to keep the overal count on your scene below 10k polygons. But then again your computer could be godlike and you can disregard all I have said

hmmmmmmmmmmm I wasn’t really sure what would be a good polygon limit. I was reading and asking on places and they said as long as it is under 3500 is all good(unless the game has huge maps and with a lot of landscape and other players, like FPS games). And also, I wish I had a godlike pc XD I just have a good 'ol Mac =P

I am almost dont with the model. I added some materials and the eyes. I just need to texture it a bit and then the model will be done =D 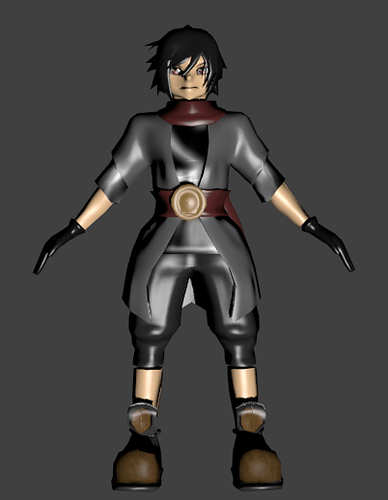 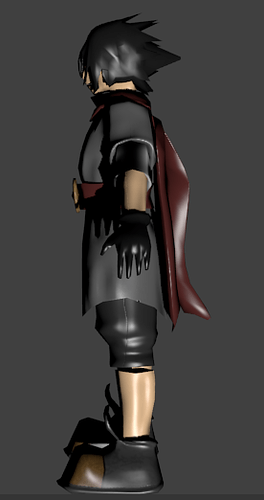 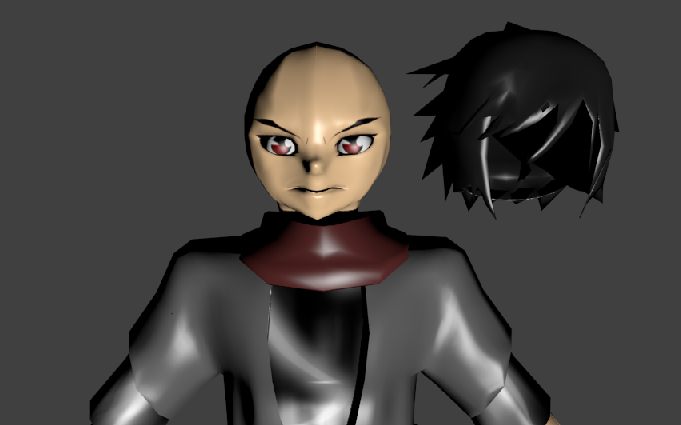 that is a nice looking character, but the specularity is hindering it! use material settings to lower it and take a look.

Thanx, and yea lol I noticed his shinyness killed him XDD

Here, I made a few adjustments. I think this helps a bit. 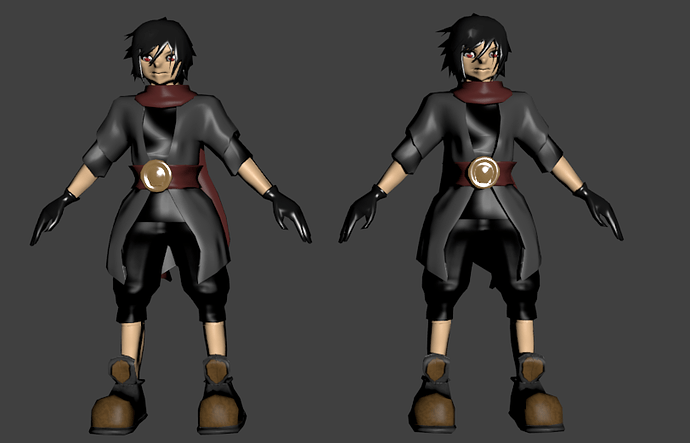 made the animation work together somehow using unity. Some testing and stuff.

To know how to aim critique at you, it helps to know the level of your experience. It would help me filter out my comments that were too basic.

Getting right into it, and looking at your animation, I think it is smooth and unobtrusive except for one point. Your run cycle has a pause in it when the cycle repeats, I’m thinking its easiest to see in when the feet extend completely.

Other than that, not much wrong to see. Would love to see everything as it comes along.

Hey man thanx a bunch for sharing your opinion. My experience is around 1 1/2 month, since I started on 3D. Don’t hold back on critique, be as harsh as necessary =P

I’ll try to look into and make some tweaks and such to try and fix that animation.

One thing to look at when troubleshooting that little hitch in the run cycle: since the start & end frames of a cycle are identical, you want to make your in-game sequence length 1 frame short of the end frame (e.g., 59 frames instead of 60), so you don’t repeat the two identical frames, which leads to a visible pause.