Hey, I am creating an RMB Menu addon, as an UI experiment, and maybe it will turn out to be handy.

Here it is on Github (Help wanted!) - https://github.com/PLyczkowski/rRMB

The menu makes most sense when you have Blender set up for LMB to select.

21.05.2014 - Not everything is functioning at the moment, because I have insufficient skill to do some of the coding. For instance, first entry is “Place 3D Cursor”, but the operator works only when you actually click on the 3D View. So I guess it needs a way to store the mouse position when you invoke the RMB, and then use it when you choose “Place 3D Cursor”.

Also, I would like to place some of the content from the Sculpt/Texture Paint/Weight Paint/Vertex Paint toolbars into the menu, and I have no idea how to do that. It seems to be possible, as can be seen here - http://youtu.be/nasivDl6T4g?t=12s

When no node is selected: 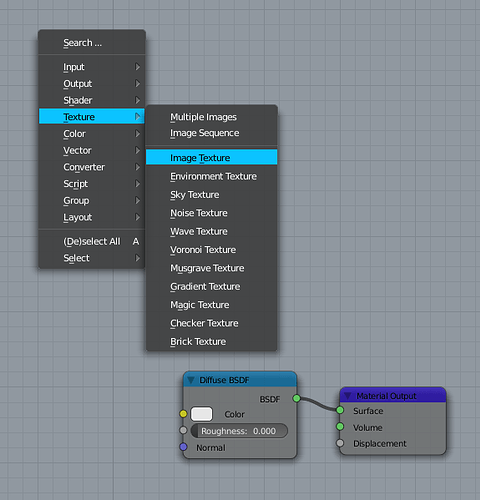 When one or more nodes are selected: 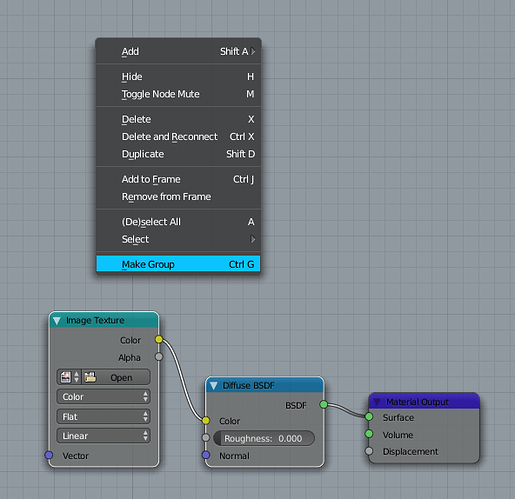 You don’t need both, leave import bpy and include “bpy.” before all methods/properties that are from the bpy module.

You can check for areas using bpy.context.area.type. Here’s the list of type in the docs: http://www.blender.org/documentation/blender_python_api_2_70_5/bpy.types.Area.html#bpy.types.Area.type

I’d also suggest removing bl_idname in the rRMB class and set bl_labels to something descriptive.

I’m not familiar enough with Blender’s Python api to answer any of your questions, but just throwing in my support of this.

As a left mouse button user, this is great functionality. I really like being able to quickly place the 3D cursor with the right mouse button.

It would be really cool if you could add Set Origin (ctrl-alt-shift-c).

Set Origin is in the Quick Tools addon. So RMB Menu and Quick Tools is a great combination. I’ve been using it all morning and it’s a major productivity enhancer.

@xrg Thanks.
@riveter Origin commands are under Transform for now.

Is RMB menu context sensitive? Or is it like quicktools by JonathanW (where you press a shortcut an a menu with handy tools pops up)?

The move to Layer dos not work.

Dzieki/Thanx a lot ! Finally sbdy had enough and created most useful feature for the common tasks…

The move to Layer dos not work.

this is cool i like it,
maybe for edit mode adding recalculate normals and remove doubles.

this is cool i like it,
maybe for edit mode adding recalculate normals and remove doubles.

There is already: under [SPECIALS] item

Finally. Glad to see this.

Q: Can this menu (addon) work for other shortcuts? Or be custom tailored?
ie. I’m in Edit mode. Pressing ‘symbol’ (as RMC) opens a menu for pre-selected or pre-defined tools which have another symbol assigned to activate it. In such a way more shortcuts would be possible with visual feedback.
Thank you.

PS
Or how & where could i learn to create such menus/panels/tabs?

You can find two tutorials on the blender cookie web site.

It’s not really complicated to make such menu, but it’s a good idea to change the right clic for something more usefull.

Or how & where could i learn to create such menus/panels/tabs?

Why not Add the Add menu on the Right clic when the scene is empty ? 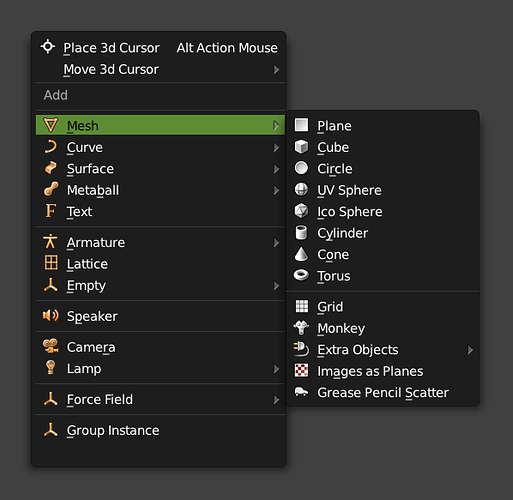 And Why not add a set origin under the Move 3D cursor ?

Hi Pawel,
i have try to do RMB menu addon for 2.5.7…
it is actually modified dynamic space bar script.
It works… but it does not unregister.

I guess i was stuck with keymap stuff, it automatically enables Left select and double-click to set 3d cursor.

I hope that it can help you, or improve your script.
Here is it:
http://www.tommy5.net/blender/right_click_context_menu.py

that’s a very cool addon initiative, i agree with pitiwazou, those menus will greatly improve the workflow and for sure, new user that comes from commercial packages.