This is my first character animation, but this project also had a strong focus on rifle animation and general rigging. While it is certainly rough with some parts that could use improvement, I’m glad to have familiarized myself with the workflow. The character, Rubin, is equipped with a Swiss M1889 rifle (referred to as the “Schmidt-Rubin” rifle in collector circles) and goes through a firing sequence. An extensive amount of time was spent on the Rifle’s rig controls which including the motions of the bolt, ejection of spent rounds, and the movement of internal parts. I provided some slow-motion footage also to show some of the rifle’s working internals. 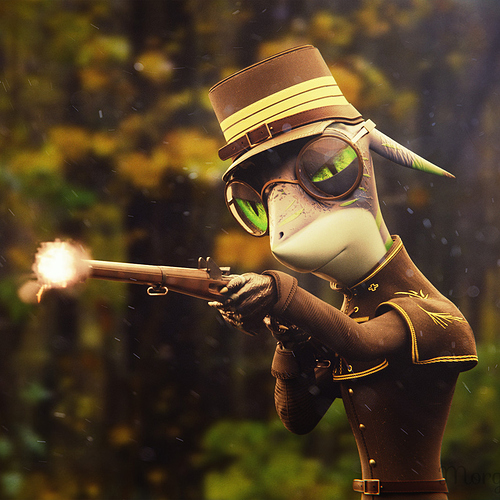 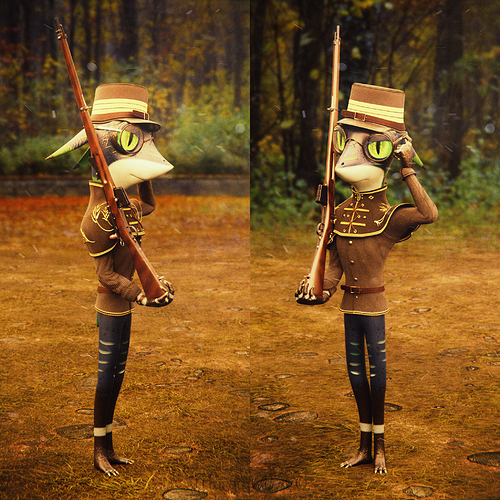 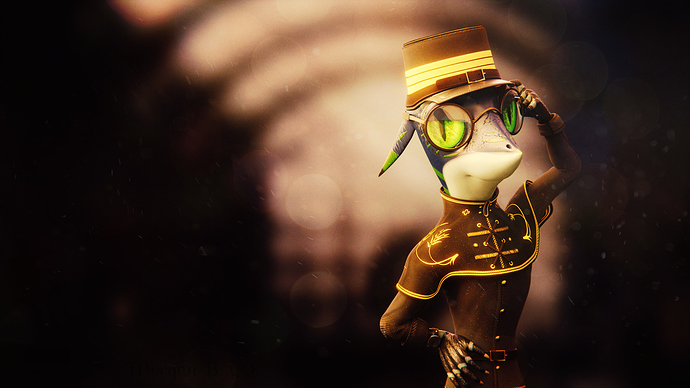 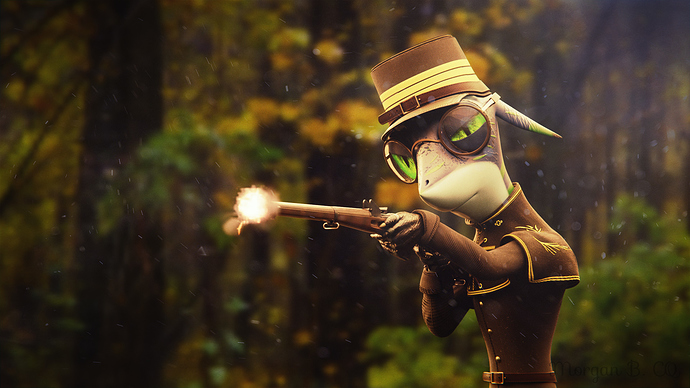 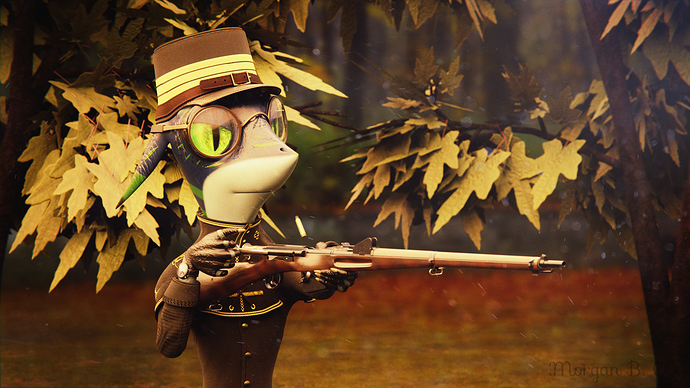 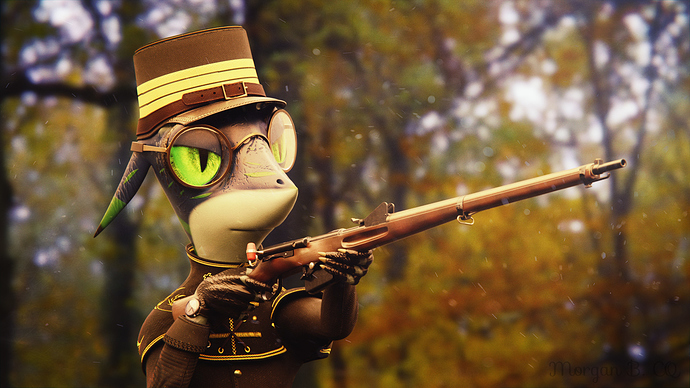 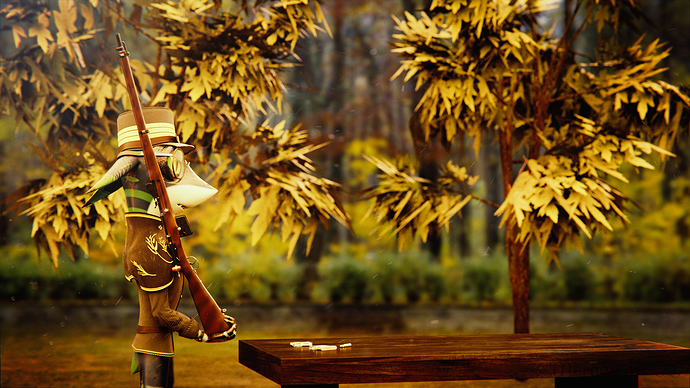 I really enjoyed seeing how you managed to put together your Rubin character and the rifle. They’re both great looking assets but don’t really match in terms of style and mood when looked at individually. In my opinion the uniform pulls it all together very well and makes it work as a single piece, I especially like the style of the hat and the shoulder part. Can you elaborate a bit how you came up with the design of the uniform? Is it also inspired my Swiss military gear or a creation of your own?

Hello and thanks for the feedback! The uniform was loosely based on some Swiss military clothing. The shirt itself was based on something I’ve seen an officer wear in a picture although it probably wasn’t standard. The hat itself was also based on what was most likely an officer’s kepi. The shoulder cloth was something of my own design choice to act kind of as an aesthetic in-between from the head to the shirt. It also acts sort of as a collar for his neck.