I have finished modeling 2 Ruger revolvers (Super Redhawk and Super Redhawk Alaskan), I tried to put as much details as possible

Now I need your help, after preparing the seam, I unwrap but the UV map seems not reserve the proportion of the model, they aren’t even straight (as you can see in the image below, I unwrapped part of the barrel, the uv map is distorted ,I have tried Conformal and Angle Based and no one is good), the only way of unwrapping that keep the proportion is Project From View but that way doesn’t respect the seams I made.

I need your advices on unwrapping hard surface object like this. 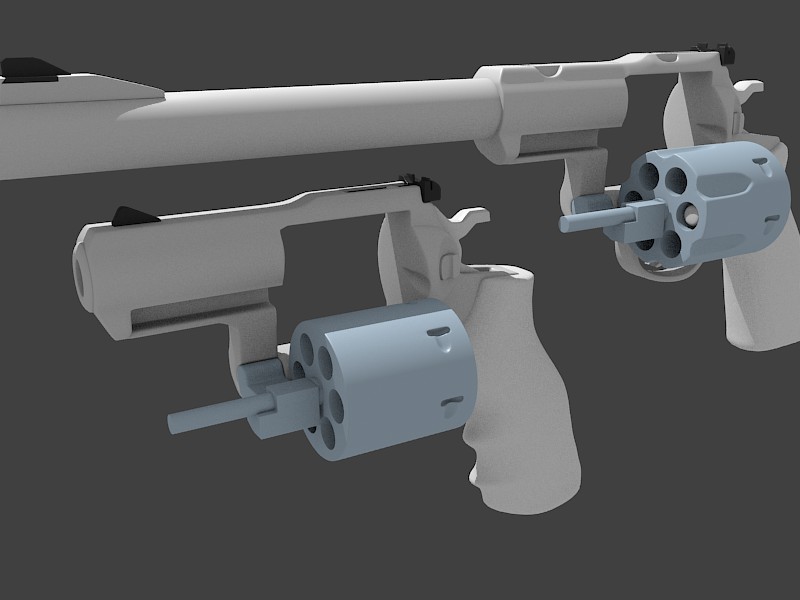 Looks like the top right corner is pulling the side up. I would try adding a seam in that corner where the triangle is.

Another thing to try is select the bottom row of verts in the uv editor and scale to 0 the move to the bottom of the image and pin then unwrap again.