I rerender old work and i play with node system…
what do you think??
I hope you like it c&c are welcome 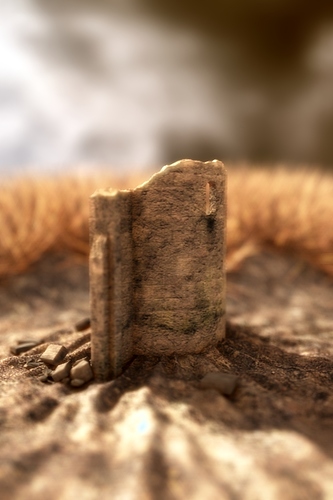 Could we see some wires and your node setup?
My only critique is that the part coming out of the tower is a little blurred…maybe tone down the DoF just a little.

Unfortunately, the DOF and bright hotspots in the bottom and top of the scene make it look like a macro or minature shot (like the tilt-shift effect, see here, here and here).

Search for real photographs and see how the environment brightness/darkness (and aperture) and lens choice (wide vs. long/zoom) relates to depth of field.

As for composition, again you might refer to real life photos and try setting you camera lower, near a scaled down human eye level (or lower) with the top of the ruins closer to the top of the frame to give your scene a sense of real scale. 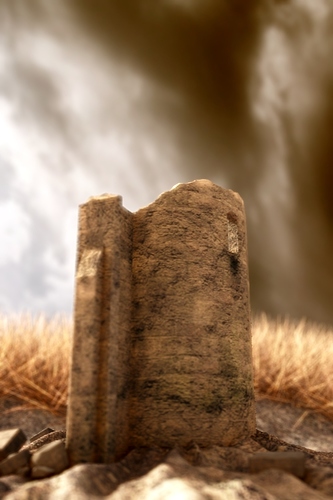 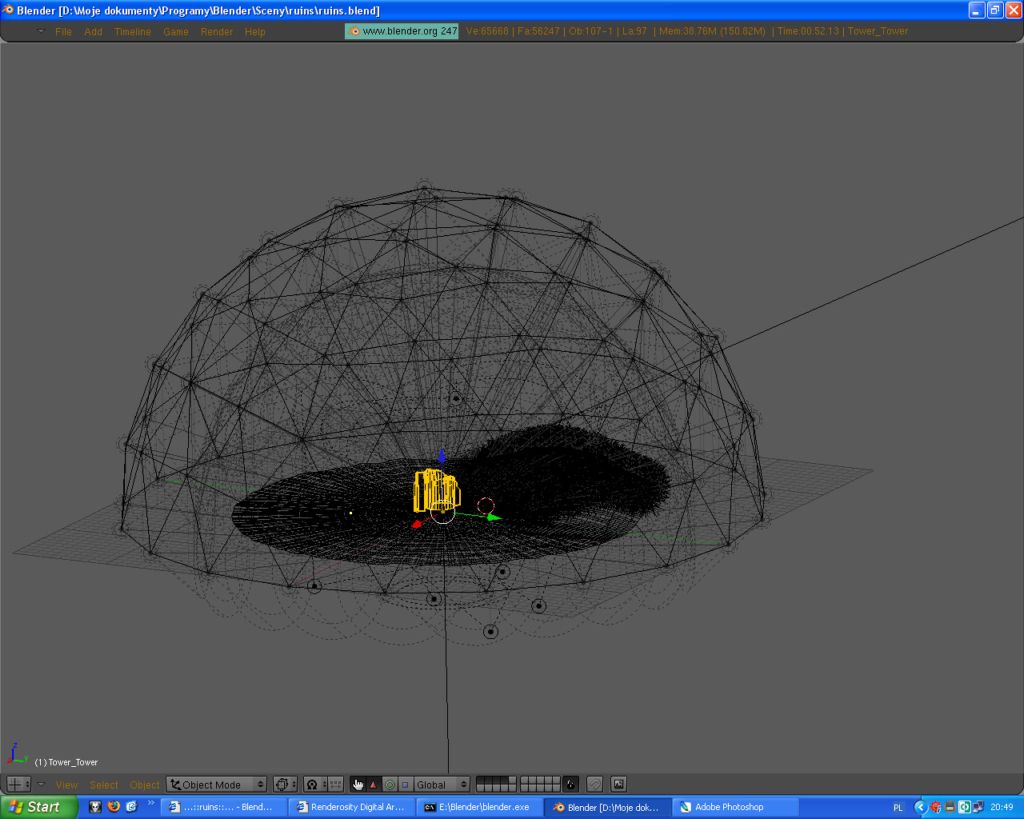 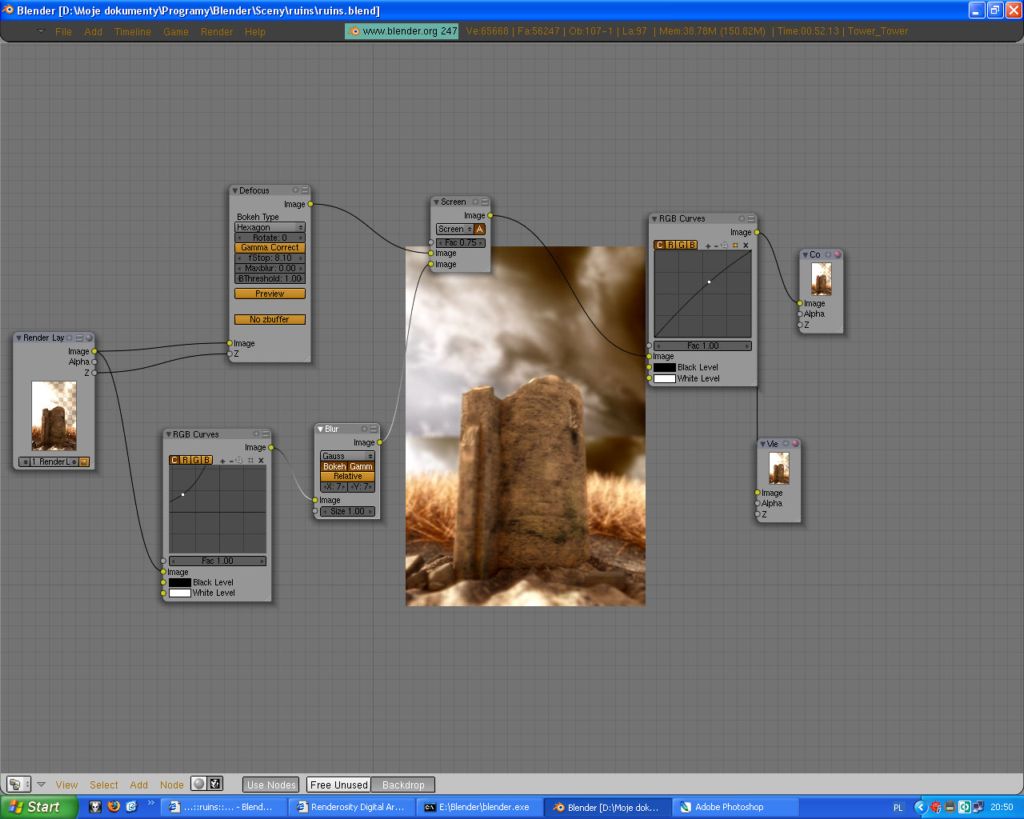 Thx, Did you put all those spot lamps in by hand or is there a script?

tcrazy this spot lamp is parented to hemi sphere and duplivert in this sphere—this is example http://download.blender.org/documentation/oldsite/oldsite.blender3d.org/122_Blender%20tutorial%20Radiosity.html …spot lamp under the ground is placed by had and this lamp simulated bounced light…i hope you understand…sorry for my english…

How do you make them face the center though?

Press the rot button where the duplivert button is located.

And make sure you flip normals in editmode to point inside.

How do you make them face the center though?

Yeah, this is indeed hyper realistic. The textures are just so perfect. Great work, sir.

a small question
why you use so many lamps instead of ao lighting?
render speed?or lighting quality?or another??

I personally prefer the first composition … it’s visually more-interesting because there is more depth to it. It puts the tower in “a sense of ‘place’” much more than the second composition does.

You know, I got no problems with the idea that “this thing is a very-small model of a tower… maybe the sort of thing you’d find in a fish-tank…” and it has been put into a setting where the artist intends for you to consider that setting, the way that it has been lit, the depth-of-field and so on. A perfectly satisfactory still-life treatment. And, a perfectly sensible subject. Indeed, if it were trying to be “a real tower,” it would not work nearly so well. Instead, “it’s about the size of a flower.” Perfect.

In particular, I like the way that you chose to use light and dark. The eye is always attracted to the brightest and/or most-contrasty thing in an image. You have chosen to put a light-area behind it and in front of it, and to complement those areas with somewhat-smaller dark areas, again behind-and-in-front, on the opposing side. None of the white areas are blown-out; none of the black areas are objectionably opaque. The tonal range of the picture is really spot-on. And that’s one of the big reasons why “it works.” This could be used as a fine demonstration of good photographic technique.

I like the direction you’re going with the new version. Now that the horizon line is much lower, the tower is naturally taller and more imposing. Also, the DOF on the background seems to be working quite well now.

I assume this is intended as a real-life, full-sized scene. Let me know if I’m wrong and feel free to take or leave my comments.

As for the new version, I would say the sky is maybe still too prominent. You could crop the top or tilt down (or both) to split the difference between the tower and the top of the frame (reduce the sky by half). Right now, the big sky is overpowering the tower. My feeling is that you should make the tower more dominant in the scene (relative to the sky).

The only other thing you might work on is giving us a bit more detail on the ground in front of the tower, with a combination of reduced DOF (or change the start location) and possibly increasing the detail or displacement on the ground texture. It doesn’t have to be completely sharp, but the current soft/blurry, low-detail look gives the impression of artificiality.