This is a project I’ve been working on for the last couple of days. Some of the textures are from CGtextures.com, others are proceduraly generated, or created in photoshop. Rendered in Cycles, 1000 samples. The aircarft in the distance are from BlendSwap, credit to Helijah (http://www.blendswap.com/users/view/Helijah) for the Hercules.
I’m not entirely happy with the control tower, and i’m not sure where the focus point should be. Any feedback would be gratefully recieved! 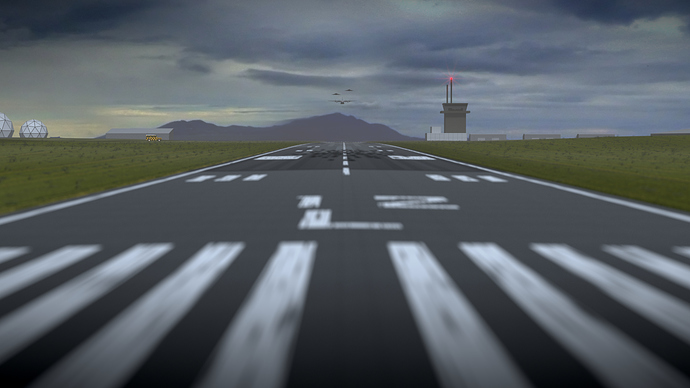 Looking good so far although it obviously needs some work.

There are a few things to consider as far a composition, ask yourself what’s important and what’s not and beging focusing on them. IMO the planes are waaay to far to make some sort of composition statement (just as an excersice block them out with your thumb and you’ll see that where they are don’t actually matter if they are there or not)

Second if this is runway 30L then change the number on the texture to reflect it, just because it says 12L doesn’t mean that the opposite side of it will be 30L as a matter of fact it will actually and correctly be 30R, the reason being is that the way runways are numbered is directly related to their heading direction based on the Magnetic Bearing. Consider a plane flying toward the runway on final approach in a day without any wind on a heading of 120 degrees, this means that the runway it will land is RWY12 (drop the ending zero), now if it was flying in the opposite direction (180 degrees) this will mean the plane is now flying on a 300 degrees heading thus making the runway 30. Also when there are multiple rwys in the same heading you add the Left, Centre and Right to them, so a Left runway will become a Right runway when flown in the opposite direction. 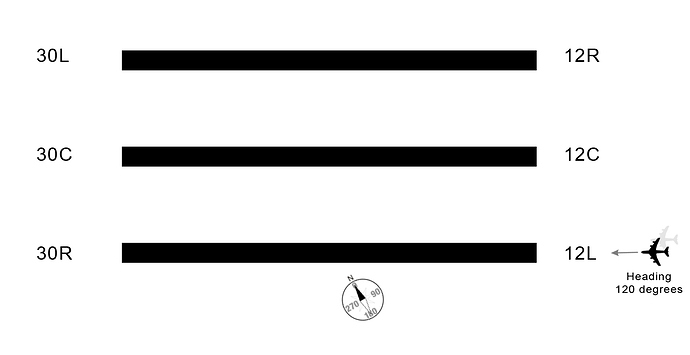 As far as the focus point will change once you start rearranging some elements. Just play around a bit with your elements and you’ll see what I mean about the composition, for starters you could raise the camera a bit. The main thing here is have fun with it.