It started as a weekend challenge, but I wanted to improve on the 2 hour build.

I’m about done with it, now. I like the composition and the light, and the biggest issue was unwanted interaction between the two hair systems (rocks and grass). Having found seeds that rid me of most of the intersecting systems (and masks, of course), and some manual particle editing, I think I’ve gotten rid of the worst offenders, so I’m calling this done.

UPDATE: Fixed the UV on the boat. 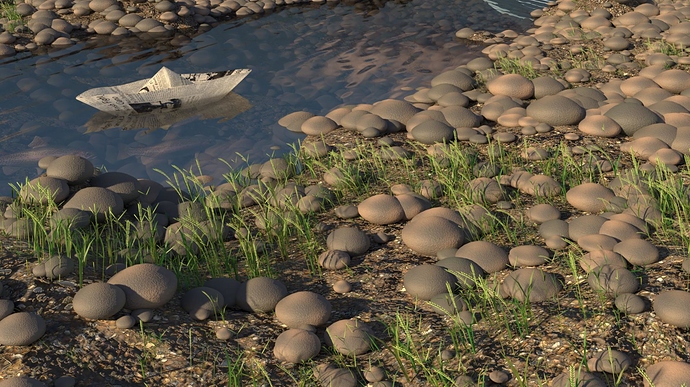 I was curious how the water shader would work for night, but quite liked the whole night time render, so including here.

All I’ve changed is the colour and intensity of the sun and sky for this.

EDIT: As well as the UV, I’ve tweaked the colour management on this. 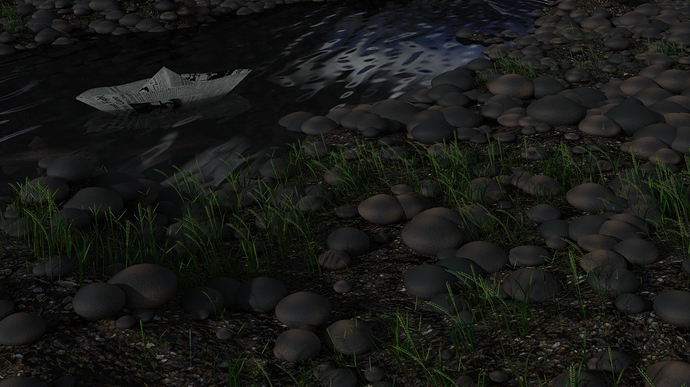 I was curious how the water shader would work for night, but quite liked the whole night time render, so including here.

All I’ve changed is the colour and intensity of the sun and sky for this.

nice work! I think you need to add some variation on the rocks and try to put some displacement to add realism.

And here we go again, experimenting with new features. I originally wanted to do this with micro-dispalcement, but ran out of memory (both RAM and VRAM. RAM was an easy fix, by adding a 20Gb swap partition, but nothing I can do about VRAM). However, after playing with settings and reducing the max subdivision on the micro-displacement, this is where I got to.

The SPD is only applied to the ground plane. I’d have liked to have used it on the rocks too, but it’s simply too much.

EDIT: Lower resolution test renders with a higher max SPD were even more pleasing. Less jaggy on the ground, but at full HD I simply don’t have the VRAM for CUDA and so would either have to lower the resolution, or reduce the max subdivisions. C’est la vie. Compromises, compromises. 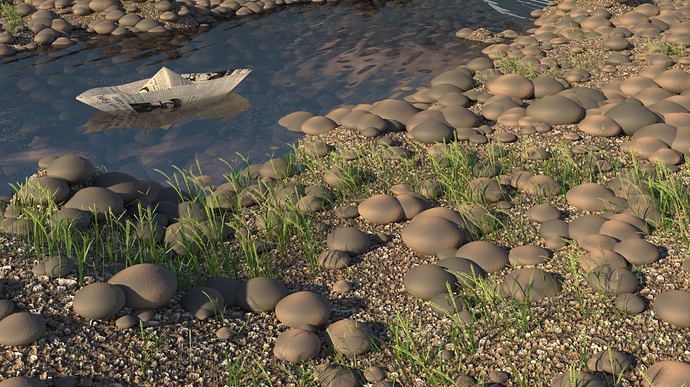 Try to add variations to your rock so that it looks different from the others, though the water looks nice.

I did an update. 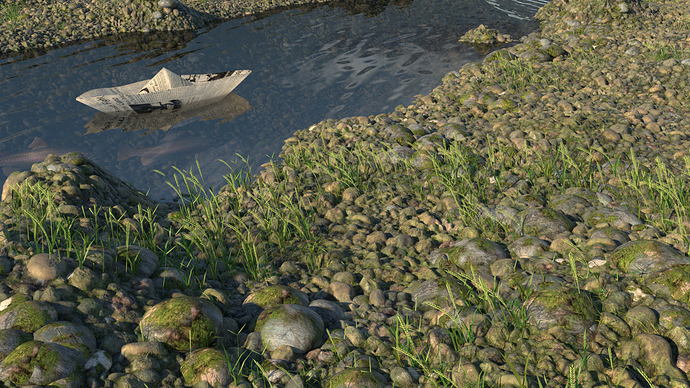