I was wanting to create an anime piece for a while now being tired of high poly stuff and here we are. I wanted to make Sakura kind of traditionally cyberpunk so I went with a Kimono on the top while adding Sci-fi elements to it.

I did the clothing in Marvelous and designing was a pain since it did require alot of tweaking and searching for sewing patterns but it worked out well.

Most of the texturing was done in Substance Painter but I painted the hair in Photoshop for a toon kind of look. The tail was troublesome, I didnt want to make it like too realistic but neither did I want it to look like a colorful potato so I made a tiny trianle and a particle system out of it to resemble a tail and it worked pretty nicely in terms of optimization and appeal.

Overall, The model took me around a week to make with the lighting and other stuff taking another week. Even though I kinda rushed through it a lil bit cause of other pending projects I think it turned out close to what I imagined. 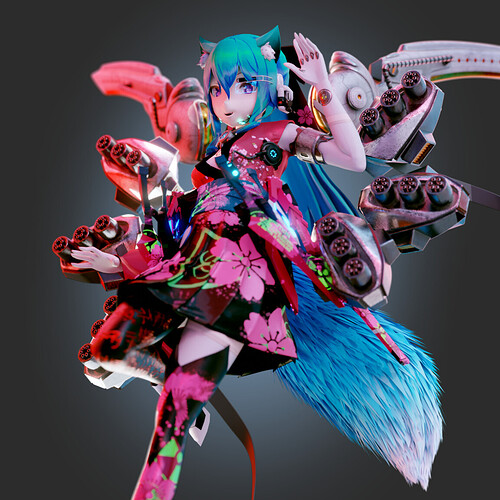 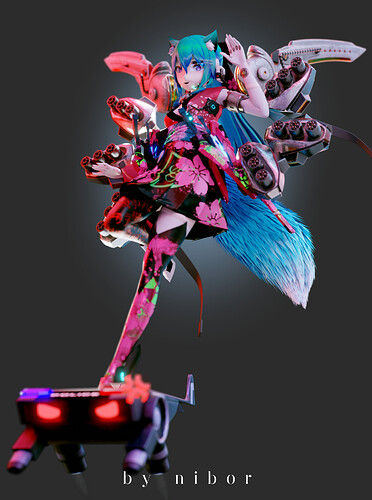 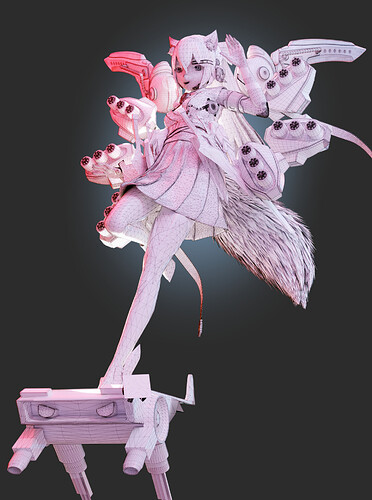 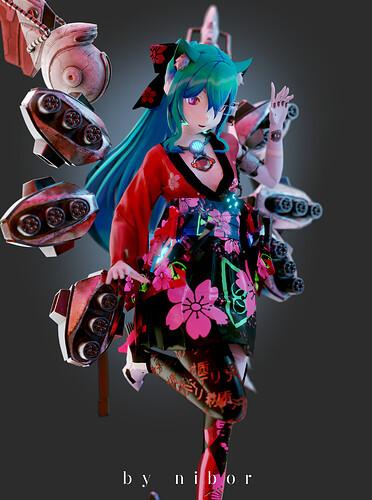 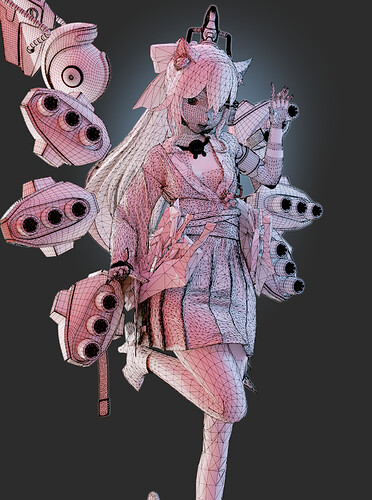 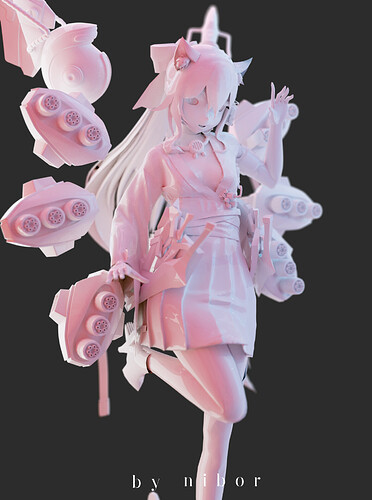 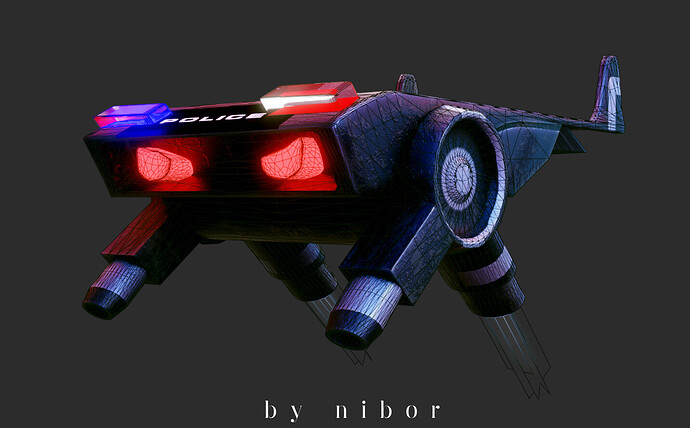 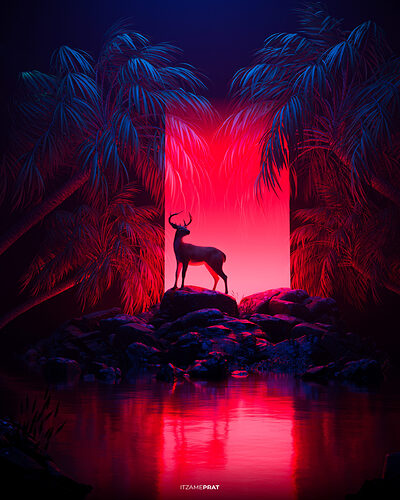