Samson and the ass

“According to the biblical account, Samson was given supernatural strength by God in order to combat his enemies and perform heroic feats[SUP][ [/SUP]such as killing a lion, slaying an entire army with only thejawbone of an ass, and destroying a pagan temple.” wikipedia source

The body and face is inspired from the actor Dwayne Johnson.
For the characater no sketch or blueprint, the modeling process is executed directly from scratch with facebook photos.
The armor (the ass) is an exoskeleton inispired by the one at the end of alien 1 with sigourney weaver.

thank you for seeing 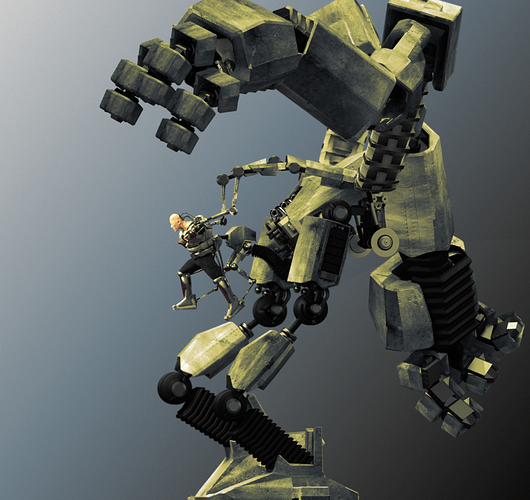