Here what i have for my idea tell me what u think. 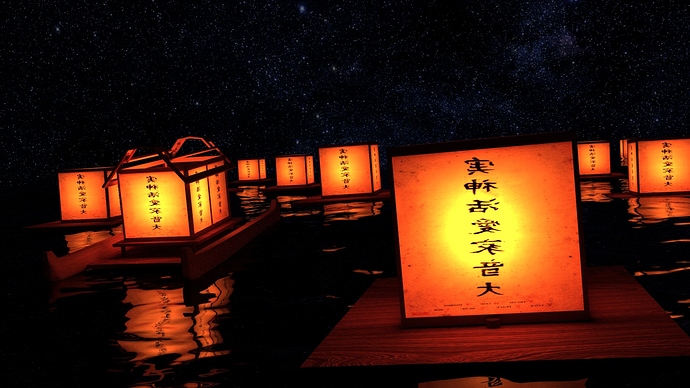 This is a very interesting and very nice piece of artwork

Maybe adding some far details like shadowed trees and mountains, because right now, it looks like the lantern are floating on a water that is in mid air. You could also add depth of field to solve this. Another thing would be to randomize the rotations of your lantern, water has a way to make things go random. Right now it looks 3D because of this. Also, the sky may have a bit too much stars. 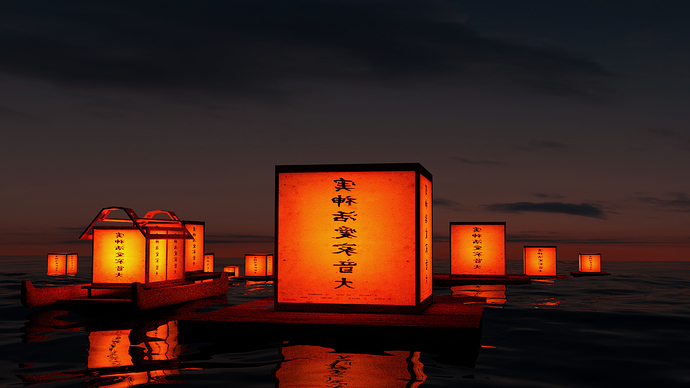 Great render, but still the same idea, maybe add randomization on the z rotations as well as a the other rotation. Water makes things follow the surface because of water flow. Also, again in this one, there is an Horizon light, but you should maybe add something to the far like slight mountains and such to break the feel that we are in the middle of the ocean, which in this case, the lantern at this point would probably not be lit anymore, or would have sank to the bottom due to bigger waves (the further in the ocean you get, the bigger the weaves get, i know this cause I am son of a fisherman