The cube in the default is 2 blender units wide/deep/tall. I did an architectural vis for a school with blender several years ago and I used 1BU=1Inch (yes, I’m a Yankee) but discovered that there was a limit (5000BUs from the camera I think) where stuff disappeared (about 400 ft). I’m playing with Blender again. I want to visualize an area that will cover several residential blocks. Is the limit still there? Am I better declaring 1BU=1mile and zooming in or do I risk pushing the limit the other way? Does anybody know what was used for BBB and Sintel? 1BU=1meter?

Why not try your self and see what you can set the limit to.
Set to Imperial units 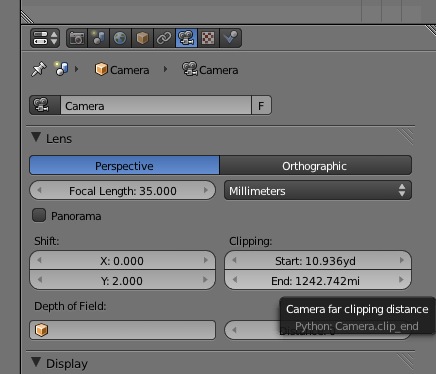 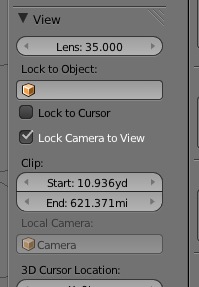 Where do I set Imperial units? I love the new interface by the way, just can’t find everything yet.

In the scene settings you can select the type of units 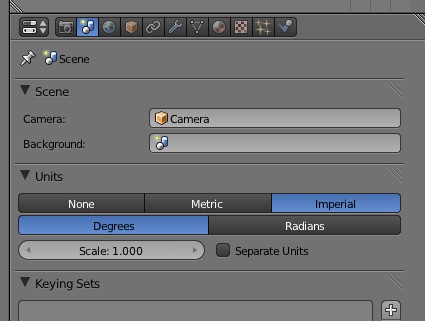 BTW, what the heck is a Radian?

2 * Pi Radians = 360 Degrees. Degrees are man-made and not related to actual trigonometry.