Assume I have an armature with IK’ed bones (e.g. at the end of an arm or leg), with a mesh already weight-painted to it.

If I scale the Master bone (top-most parent), then all the bones (and mesh too) scale together fine… EXCEPT the “value” of IK’s, i.e. the IK bones don’t properly point to their targets anymore. What I mean is best described by pictures:

Before scaling (the red circles display the target bones), the IK’ed bones perfectly point to their targets: 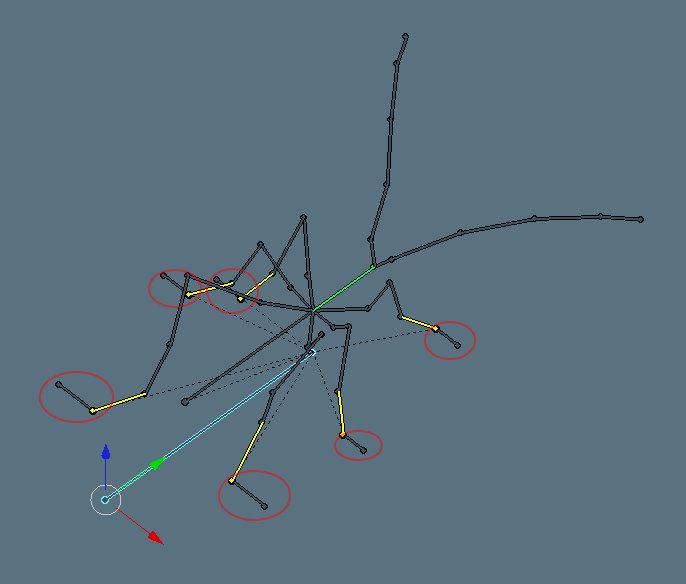 After scaling to 80%. Note that everything scales down fine, except “value/strength” of the IK pointing to the target. Note how the IK bone does not properly point to the target anymore: 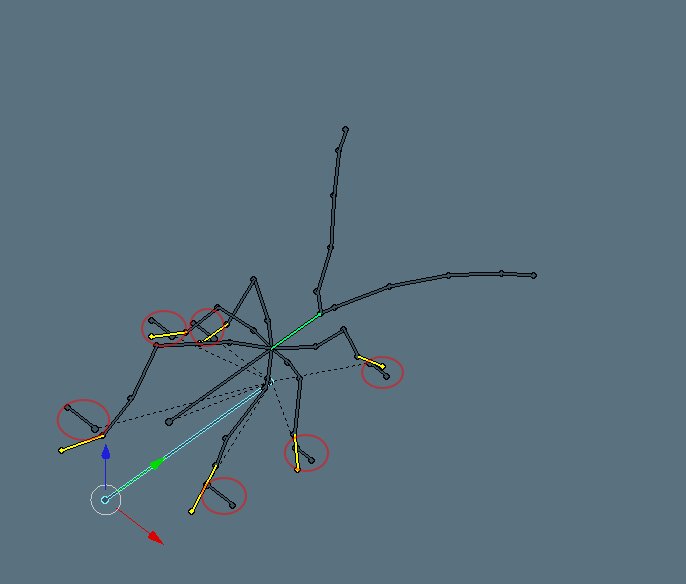 When scaled down even more, the bones all shrink to be straight, and the IK bones does not point to the targets at all: 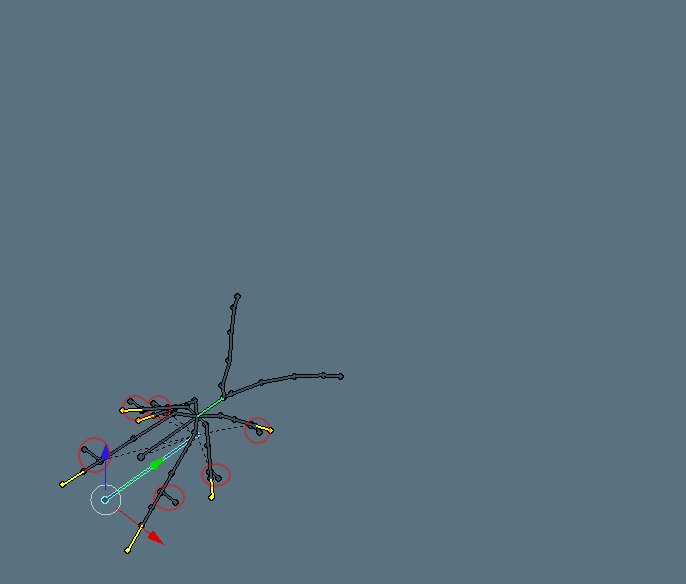 I tried to toggle the bones’ “Scale” tick-box, but that does not help. Am I missing something?

I made up a simple 3 bone ik chain, a master bone & ik target bone, and yes I get the same results. I’m thinking maybe this is a bug…

Anybody else with ideas? <Bump>

This isn’t exactly a bug . You are trying to scale the armature in Pose Mode in which every bone has an object center (called the head tip in Blender) which scales along with the root/parent bone unless you set the child(ren) bone(s) to not not inherit the scale of the parent .

This has always been the behavior as long as I can recall . If you need the entire rig to scale with IK target locations intact, TAB into Object Mode and then scale the entire rig rather then just scaling the root bone in Pose Mode .