Scenes From An Italian Restaurant WIP

This is my [too little too late] BWC entry. I say this because, of course, I didn’t think of the idea until after the deadline. It’s really good for the theme “a moment I suppose”, it’s an image, inspired by Billy Joel’s piano rock odyssey “Scenes From An Italian Restaurant”, the shows a table at an Italian restaurant. On it are normal things like candles, plates, glasses, a bottle of wine. Outside of the large window next to the table you can see, through the rain, a man chasing after a woman getting into a taxi. Also on the table, close to the camera is a rose and a wedding ring.

This image is to be my first serious piece of CG artwork, telling the story of a failed marriage, which is also the combined stories of the song. So many people go through divorces, so I think that many people will be able to appreciate this image. Now that the song and dance is over, here’s the WIP so far. I’ve only worked on it for a day, but I’ll update this post every day I do something new. Here goes: 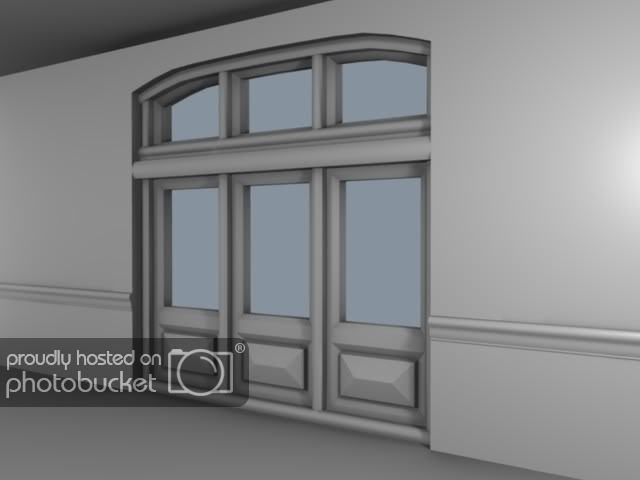 Looks Really GOOD! How did you get the wires like that? Render it?

Great Image - will you be creating everything from scratch ?

Yes. I might possibly be grounded from the comp for a few days, but I’ll try to ignore that

Originally I wanted to do a more cheesy, standard American-Italian restaurant, but as time went by, I decided to do a little bit more fancy, sit-down, New York style Italian Bistro. No Olive Garden here.

Anyway, I did the furniture (or started anyway, I may change some things). Here’s the chairs and table:

I know the furniture is kind of odd, but I based the design off of this image, so I know that it must at least work:

I had a table cloth but it looked horrible. Any suggestions for table cloth simulation tutorials or something??