Its about time i post some work of mine.
I am working on this for a long time and i am slowly making progress (actually closing in on the finish line).

Inspired by Star Citizen and the Alien franchise mostly, but I’ve also taken inspiration from every major SciFi franchise of the last decades.

Most people create generic, symmetrical Sci Fi corridors with lots of repeating elements. I wanted to break from that convention and do a asymmetrical one with lots of unique elements and full with details, following an 80/20 rule (with 80% details, the opposite of what Halo for example does).
Also i wanted to design all that stuff in there myself while keeping it close to the sources of inspiration.

It is 100% modeled in Blender, textured in Substance Painter and rendered in UE4.
Initial plan was to render it with a pathtracer, but when i saw the render-times for one single HD image (:no:) , i decided to learn UE4 instead and give real-time graphics a try. 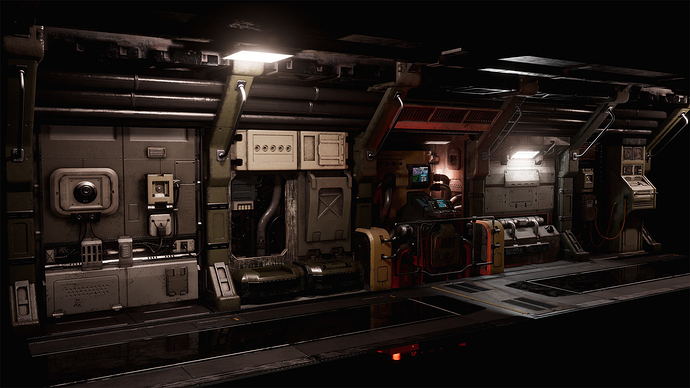 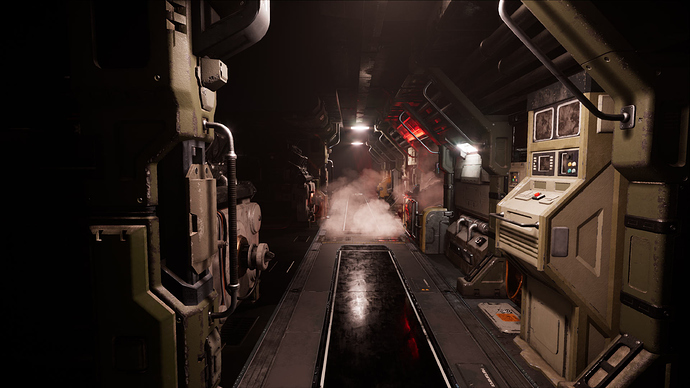 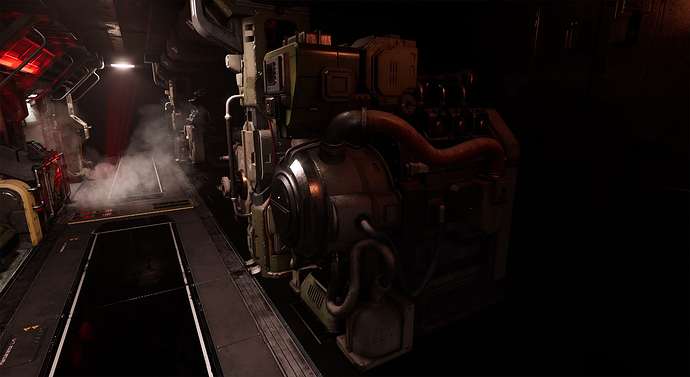 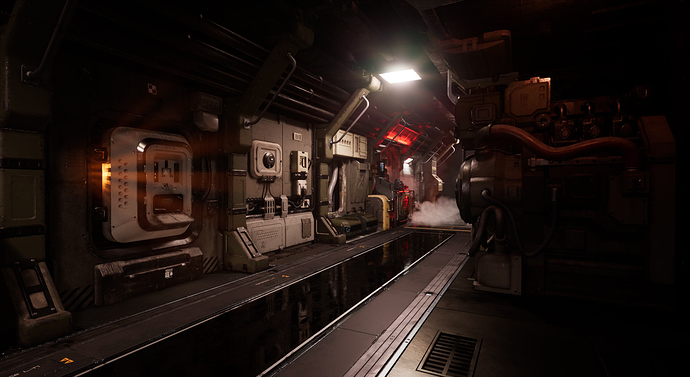 I am currently working on more heavy machinery, so that i can fill the whole space to the right side of the corridor with them.
The placement is still not final and i probably do a complete clean up and polishing pass when i have all the assets. Then i will build the final scene and the lighting which is still WIP atm.

Reminds me of the Nostromo from the movie Alien (Ridley Scott).
This must have been a lot of work.
Nice

Does the volumetric lighting and fog happen in UE4 or in post? Looks amazing.

The corrider looks like a nice cold environment, was this the choice of colors?

Yes, Volumetric Light and fog is done in UE4.

@humanartist
Interesting question. I didn’t intend to do that with the choice of colors. I actually have a slightly warm, dense, humid environment in my head when thinking about the place. 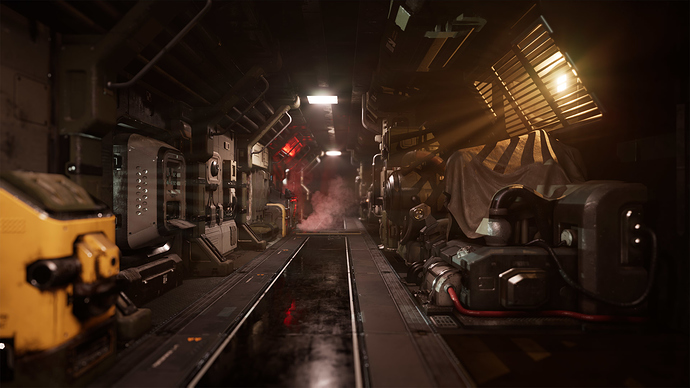 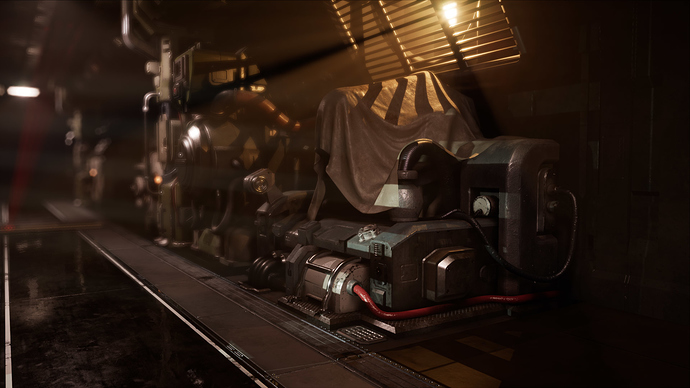 Working on the next piece. Modelling is nearly done, looks already nice in Eevee. 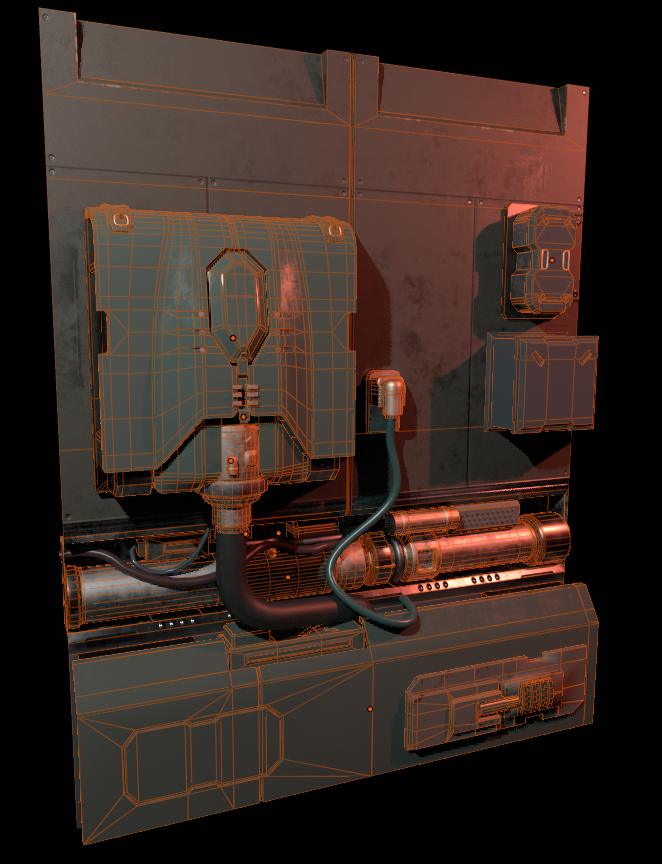 I created another (bigger) machine.
Initially planned as a background piece (with lower details) i somehow botched it and made it nearly as detailed as the other ones.
Currently i am working on the UVs and on other pieces.
2 machines more are planned.

PS: OpenGL (viewport) render with shadows and cavity plus LANPR.

Thank you, but i have to admit the designing part burns me out the most (right after Unwrapping). I move slow like a glacier, design a machine and then i am fed up with it for days. I also feel that i slowly exhaust my inner shape library…

I got this into engine.
Not quite sure about that orange color on the last machine. Maybe i do another detail pass. 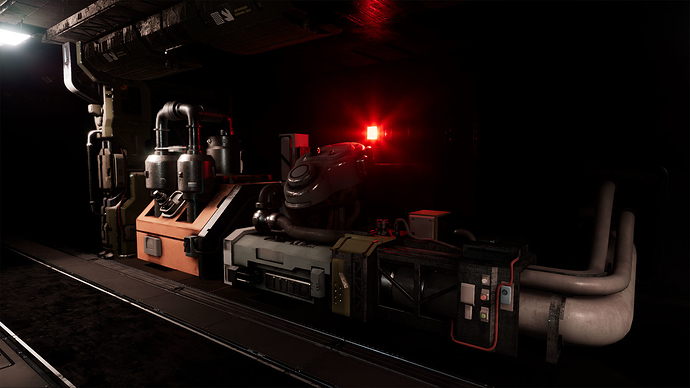 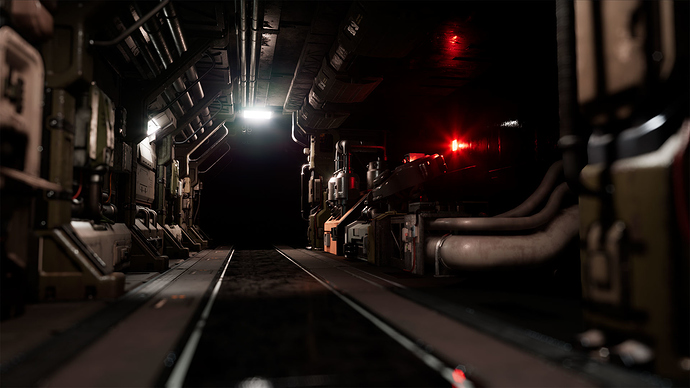 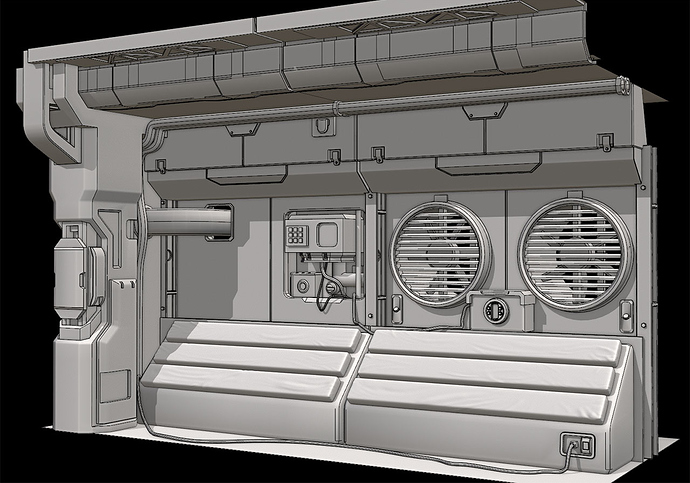 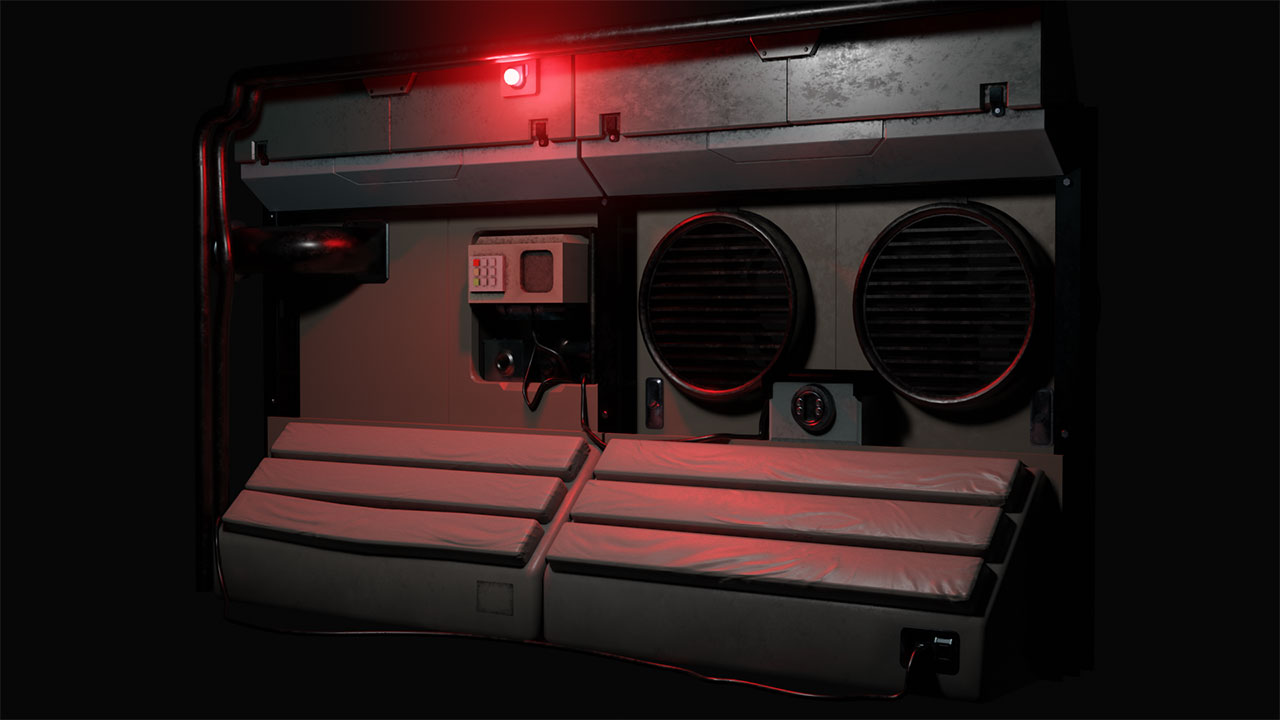 I got the last pieces into UE4. 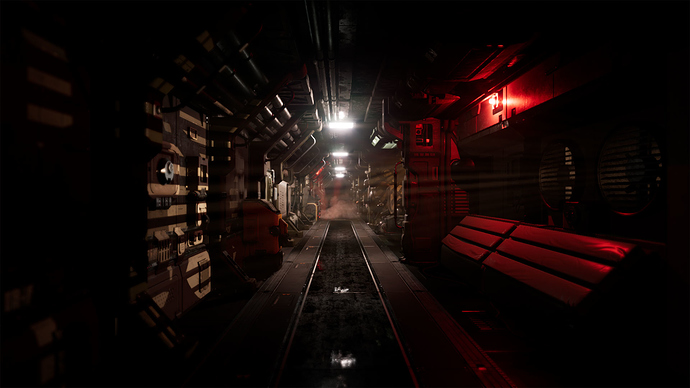