I’m currently working on a Scifi character anyways thought since I’m using blender I’d post it here, I’m relatively new to animation and modeling in general but I hope to become very skillful at both modeling and rigging, I’m going for technical aspects in animation anyways.

Everything was except the drawings was started today January 1, 2008 with blender, originally I tried using Maya 7 bout a month ago, but found blender seems more streamlined for modeling.

So thought I’d put up my progress for critique

Things i’ve already noticed with my model is perhaps the torso is too long so I may be shrinking that thing’s length down a bit. I drew out my own sketches for the character, a space marine commando character by the name of Colonel Jack Kell which I hope to do a lot with, (and remodel a few times till i get him perfect as necessary.

Things I will be modeling:
a Long ranged Special Ops Sniper Rifle, a side arms Laser pistol.
Armor, Baggy Military pants military boots and eventually a face that screams tough marine type A personality for the character.

I’m pleased with the armor and shoulder pads although I am sure I could improve on them for a first try at getting something like that I think it did pretty well.

Any advice on modeling the pelvic area for this guy area? it’d be very much appreciated thanks. 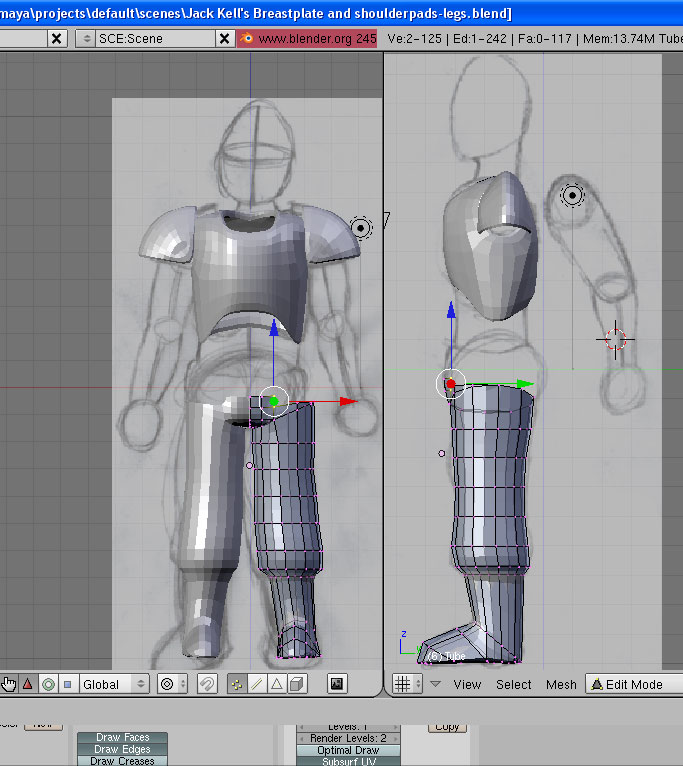 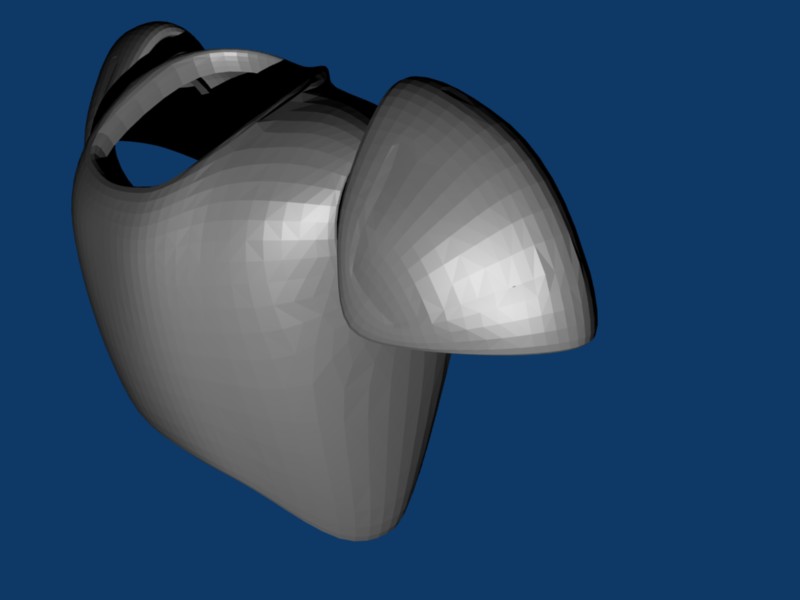 Welcome man. I’m new myself so i’m not gonna be hard on ya.

This looks like a good start to me. Keep us updated.

Welcome man. I’m new myself so i’m not gonna be hard on ya.

This looks like a good start to me. Keep us updated.

Heh i’ve been around just haven’t bothered working with blender too exstensively till recently so I also want to consider modeling and rigging professinally so I’m looking for those with insight of how to improve it such as that pelvic area I need to model better trying to figure out what it is thats off but I just can’t quite tell… or maybe it’s just me but im still modeling this thing im planning to spend an all nighter on this project if i can cause i got a friend who wants this thing by Friday anyways to put in his animation film but im going for not so basic as he was gonna have me go with it, Gonna need to find some tutorials on making hands too hopefully that’ll be the easier part for modeling than the pelvic area.

But I see your registered even longer ago than myself so you also only recently started working on 3d as well then?

Not A bad start. Took me a lot longer to get the hang of it.
I tried Maya out too. Too cluttered for me.
By the wy , If the legs are ammor, I think there should be two pieces. Right?
May be even a cap for the knee.

I was actually a programmer when I first registered. I registered to browse artwork, etc… Now i’m getting my own hands dirty. I’m learning something new. I’ve been a coder for too long.

Not A bad start. Took me a lot longer to get the hang of it.
I tried Maya out too. Too cluttered for me.
By the wy , If the legs are ammor, I think there should be two pieces. Right?
May be even a cap for the knee.

He’s a sniper commando so only so much armor can I actually put on him if you notice I made sure the armor was functional it doesn’t entirely cover the upper body, key thing for a special ops commando sniper guy I think is to have armor but not too much, btw
Here is the completed pants now, Along with several views. Blender was much easier for me to learn than Maya. I will have to learn maya through for a course im taking this spring through. So I suspect im going to be trying to figure out how to switch between the two cause modeling in blender is so much faster and easier. 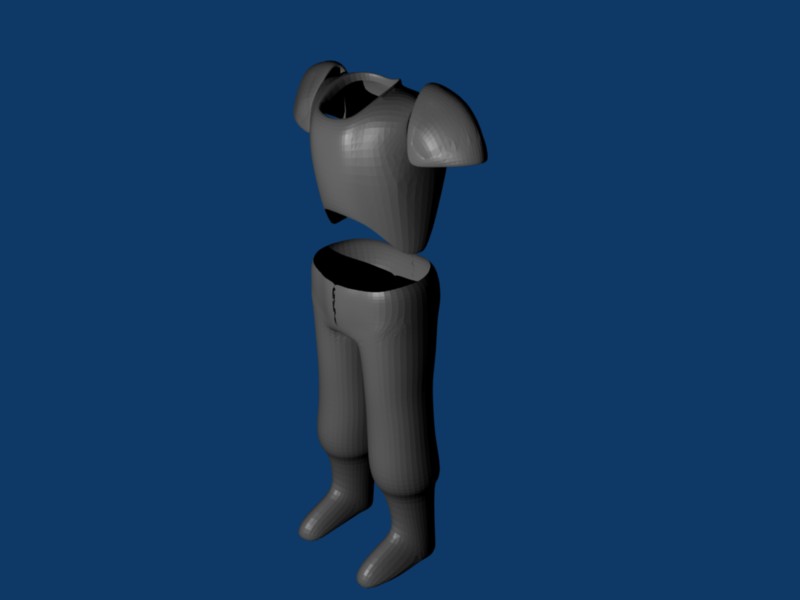 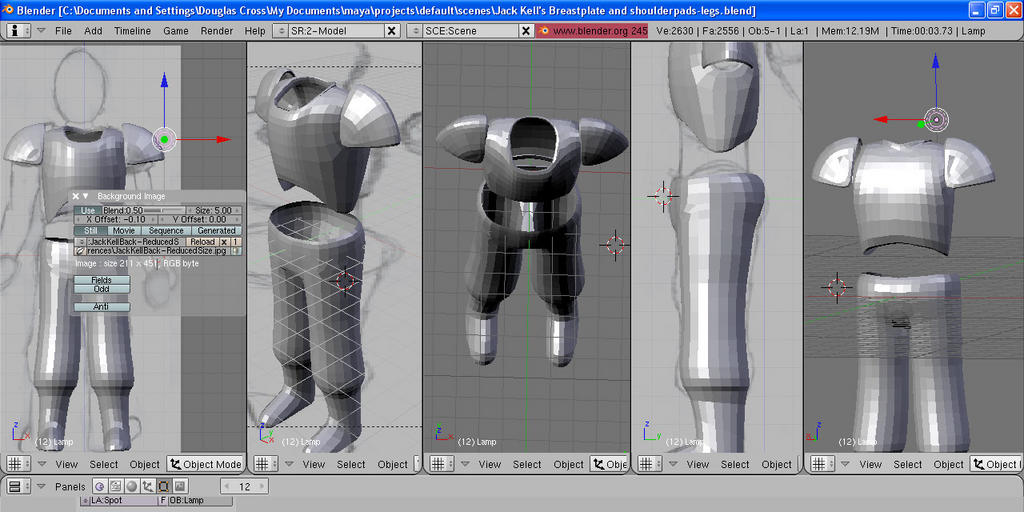 I was actually a programmer when I first registered. I registered to browse artwork, etc… Now i’m getting my own hands dirty. I’m learning something new. I’ve been a coder for too long.

cool Well I’ll know how to program as well if your interest and know a bit about 3d coding I know some people that might be looking for some assistance in projects which might also let you try your hand at 3d too, we’re tryign to get resume projects made which will involve both coding and 3d stuff. it’s located at my site however we’re going to be updating/changing the forum coding soon because it’s apparently a pain for people to learn to use while it does prevent people we don’t want posting at the same time lol it prevents some other people from knowing how to post, guess thats good game geeklog didn’t work for us. but if you wanna chat with me you can msg me on aim or msn just check my profile.

P.S
I’m looking for some reference pictures for Jack Kell’s Head a side and a front view help with that would be appreciated, such as a link to a good reference materials repository

Edited January 2, 2008 1:49am
Update Got the legs and lower body fitted to the chest armor now.

This is probably my final model for the time being till i find a cool head reference to head reference for this space marine commando special ops character. Arms now included, I’ll bother with the hands when i find a tutorial probably after the head. 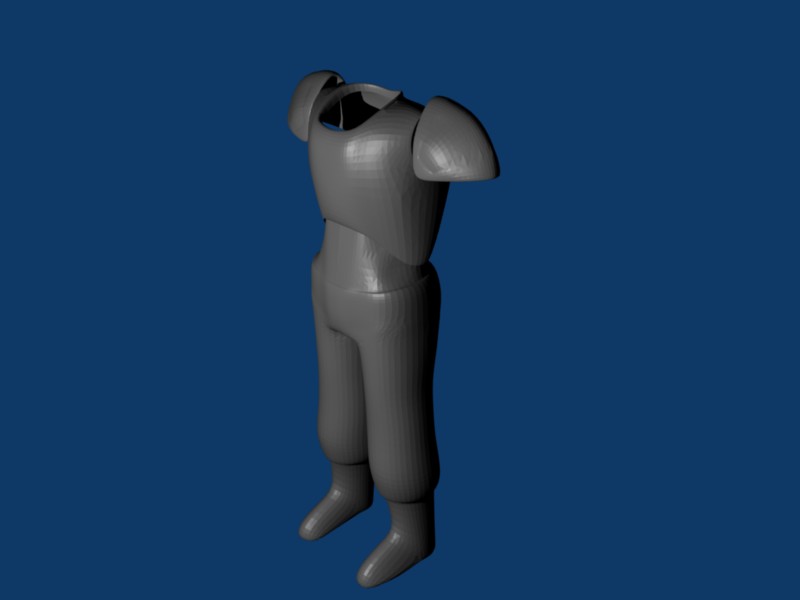 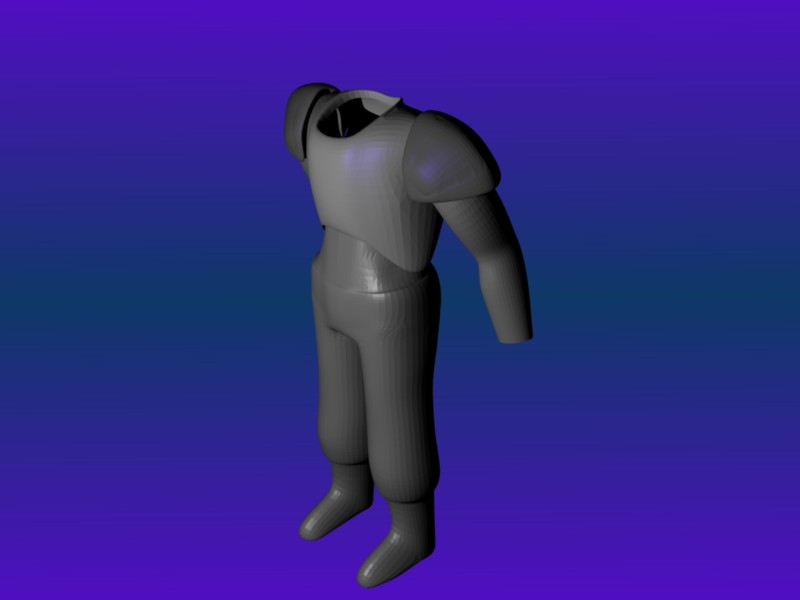 Let the heavy critiques on the model begin, This btw is my first model that I pretty much completed (cept for hands yet need to find a tutorial for that, and the head)

Also need a few good tutorials on how to make a color map file (sorry I know im probably not using the right term for it) but to allow me to colorize the quads in this thing. Thanks. Also could use a tutorial or two on rigging it if you have any that are character rigging with blender that are very expicit on the commands and how to get to them that would also be appreciated. To get those links. Thanks.

P.S This model is merely version One of I don’t know how many versions I’ll end up going through before I get one I consider as the character depicted flawlessly. So please don’t feel bad to critique it harshly if you can explain the problem, and possible solution(s) to it. I wouldn’t be on these forums If i wasn’t interested in learning to be a better cg artist.

nice looking character but (imo) it dosent look that sci-fi like yet.
but it is a better character than i could ever make, keep it up!