okay, now this is still very wip, as you can see. well you see this is my first properly rigged character… now i was paying around with my newly rigged character and thougth ‘gee that could be a cool pose’ so i did it, here it is… 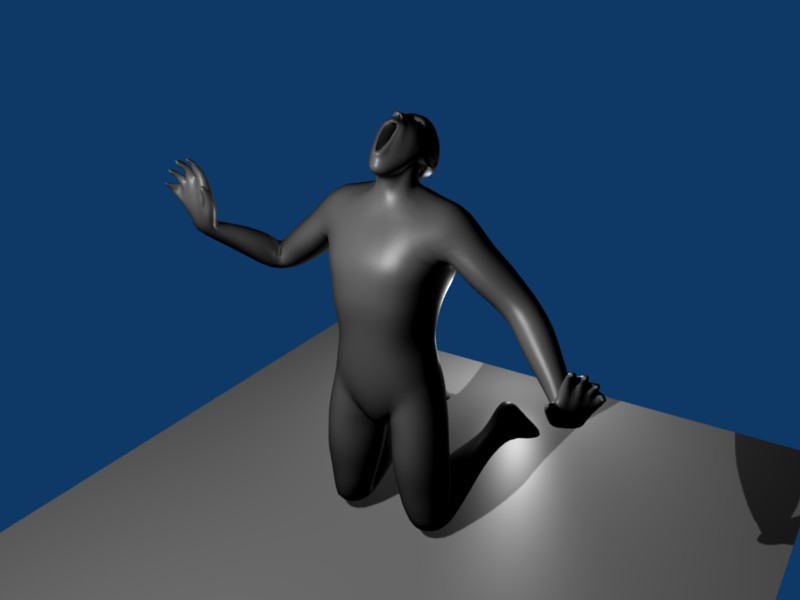 Not too bad. I do think that the mouth stretches a little too far to be human. And the fingers could use some elongation. And you might wan to get rid of that default blue background :D. But everything else looks pretty good. Could we see a close-up on the face?

thanks, yeahthe mouth was not meant to look human, its uppsed to look like something is trying to get out, heres a closeup of the face 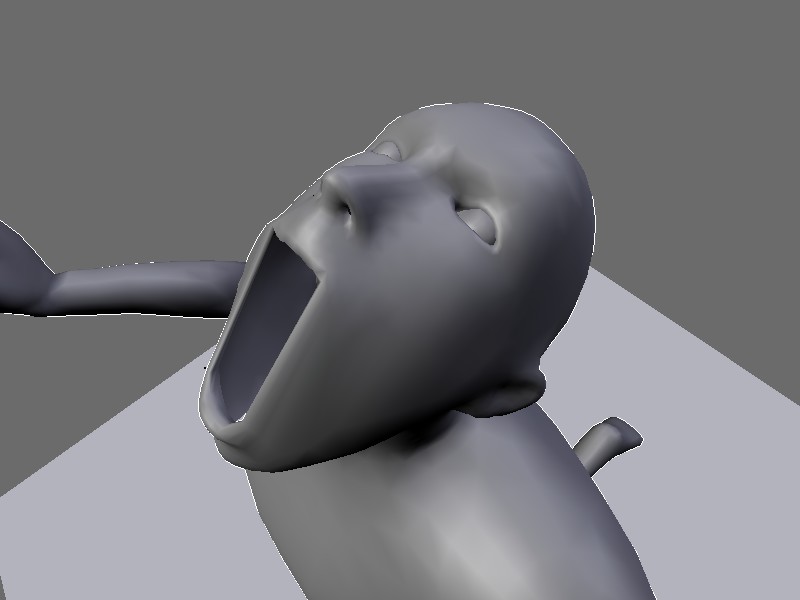 I would open the mouth a bit more horizontally to get the look that something is trying to escape. Other than that it looks like a great start.
-ShaggyG