This work is 3d-remake of Keith Tompson’s “Scribe” work.
Comments are welcomed ) 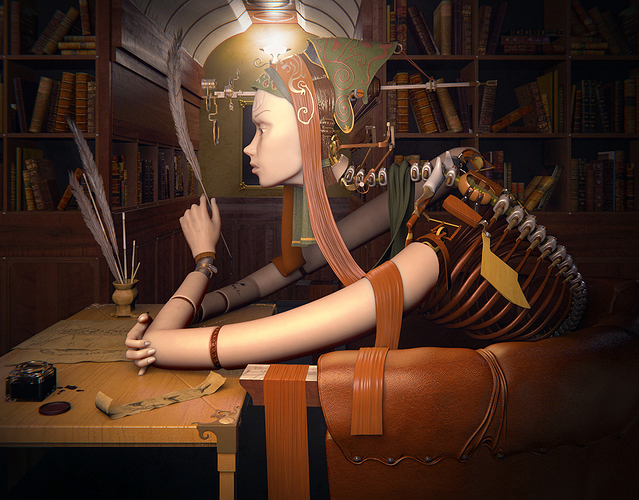 Nice to meet you here:) I like level of detail, but the feather is going to fall.

Here is the original work by Keith 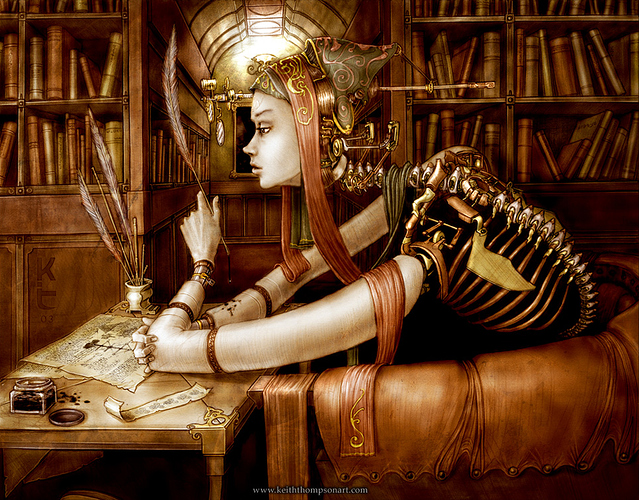 The feather is still going to fall))) Good reconstruction, anyway.

Hard to see how you could have done much better with this piece!
You have captured the spirit of this work very well, I’ve really enjoyed
looking this !

Wow, I’d love to got so nice atmosphere in my projects… very good

wow, very well done, really great job, but I agree with huzik about the vignetting

An “aggressive” post-pro could make some big difference, right now your image looks a little “clean” in comparison to the original
I mean, a little more like this: 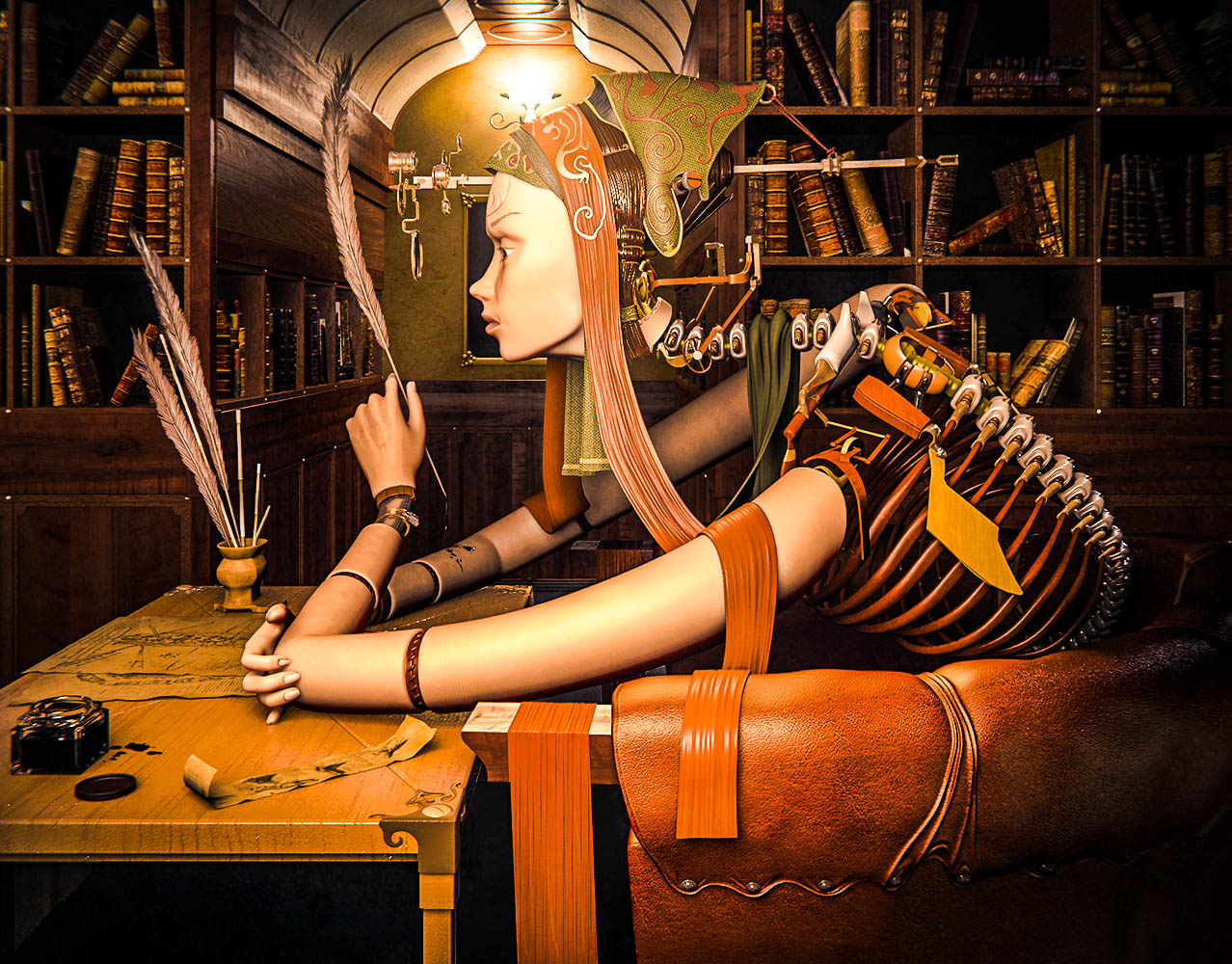 The only thing I can think of is that Keith uses a lot of contrast in his work and so your image looks very “flat” in comparison. BlackClaw’s edit expresses pretty much exactly what I mean.

BlackClaw, great post-pro! Maybe just too much ))
My main mistake is the lighting here! It is complex, but seems to light simply from behind the camera. While the original light is going from the left. And some materials are afwul, yeah…

BlackClaw, great post-pro! Maybe just too much ))
My main mistake is the lighting here! It is complex, but seems to light simply from behind the camera. While the original light is going from the left. And some materials are afwul, yeah…

Hi, Max!
Make some work on “dirt covering” surfaces and you’ll get a greater result.
The model is cool, my congratulations! Even that the face is looks another is fine. Remaking doesn’t means copying.
You’re right about the lighting. Also I think it’s upper (that source which covers hands’ area).
Originally the table contains something closer to “Clouds” than a wooden texture you used. Also I know that the well-known feature of cyber and steam-punk art is dirt in corners and alike things. Make picture much less sterile then clean it step by step. I suggest this.
Really I wish to have the same patience to construct a scene like this by my own.
So, congratulations with your patience!

So, congratulations with your patience!

One thing that I would suggest is that the exposure here needs some re-working. If you were to put this shot into a histogram tool, you’d see that it has a spike at the low end and a spike at the high end with a trough in the middle. There’s a hot-spot above her head, while the general area to the right of the frame is losing detail in murk. In the original reference image, the artist kept the exposure more well-balanced, and also (by artistic choice) used specular highlights over a dimmer background especially in the right-hand area.

Generally speaking, the histogram curve ought to be more bell-shaped.