It’s a good idea, but then you need to displace with the displacement modifier i think instead of the displace setting of the texture panel right ?

Thanks alot for that very useful tutorial !

yeah I got that shortly after… I was just doing a quick reading when I replied. Thanks anyway for the help and for sharing!

@Charblaze
Always a problem. Indeed, I got tired with this issue of blender. An antialiased depth mask or displ map. Is it so so difficult?
Meanwhile, ask for a 4k 32 bit displ map. Blender will bake it fast. Save the exr and decimate it in Ps-gimp using bicubic interpolation. It works fine.
what you see on a subdivided plane when assigning displ modifier is due to the resolution of the subdivisions, nothing to do with the map.
This is the deeper meaning of my workflow-tutorial above.
This is why I use UV editor this way. This is why I prefer a stretching of a geometrical pattern, so to follow the real stretching of the wires-resolution of the mesh. Go against this principle and be unhappy.
We didn’t invested something new here. A real-precise modeling is always better but so time consuming and against creativity sometimes. Have the concept in minutes and see what you gonna do after. It might fit your needs already.
@doublebishop, sanctuary
The goal is to have a multires model with displ+bumps in the end. A long distant object will have less subdivisions and more bump values. A closer can be more subdivided. A very close to camera object… well. Better have the concept of this close frame first and construct a part of the mesh. A real modeling then.
I think so. Just watch the prometheus scene, when the alien ship crashes on these ladies (LOL), it start looking less convincing. In one particular frame of this movie. You can see the displacement technic, even in such a movie. Not that bad.
Sooner or later, we will have vector displacements.
We may also have micro displacements, directly on the render engine. What do you say? 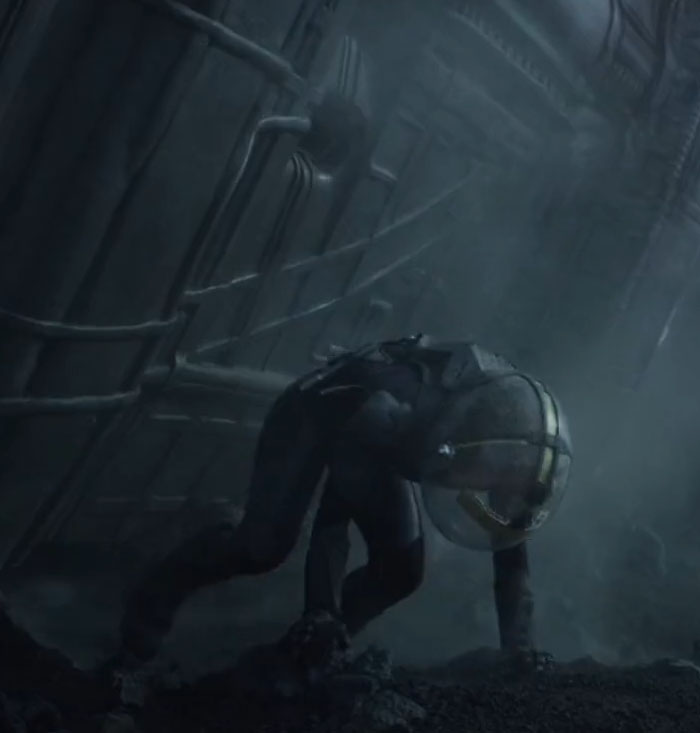 Just tried something more.
What about mixing a second pattern-displ map for additional fine details?
Compare it with one of my previous tests. Click to see details.

I played 10 minutes with your displacement map and came up with this… nothing new, just wanted to try this awesome tecnhiques, I love it!

I used the BI and did a little compositing inside blender.

thanks again so much for sharing! 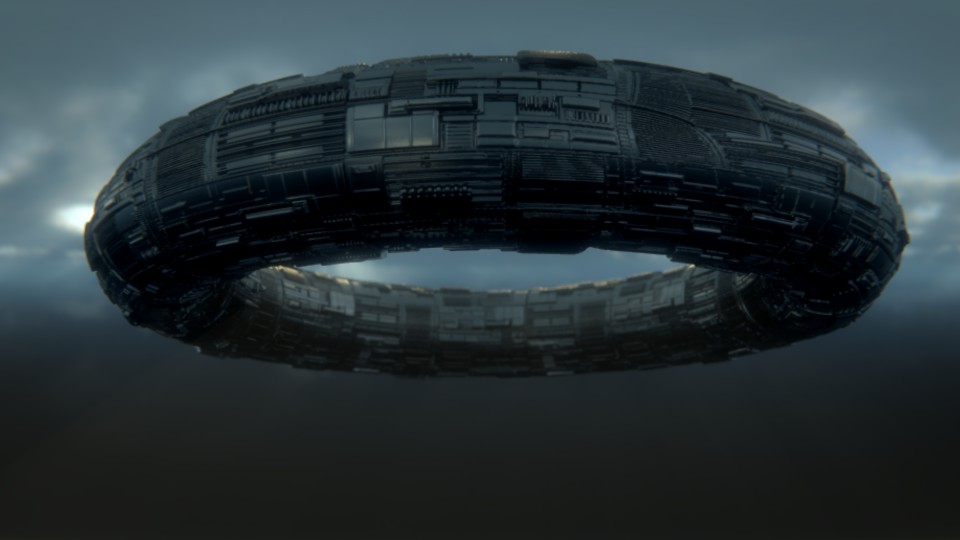 I love what you did Sdados. This slight distortion gives a more organic look.
Two ways to do this. One in the UV editor, but it’s not that good because we like to keep UVs aligned to geometry, helps the displacer. The second is to distort the true geometry-topology of the mesh. This will also stretch the map.
Oh, and a very convincing render, very alien LOL. !!

thanks michalis! Actually to be honest, I still need to check where that distorsion came from

The UV looks fine and it appears I didn’t distort the mesh… need to look further but now Ive got work to do, so I guess this will have to wait!

Really cool technique Michalis. Nice renders too, thanks for share.

Playing with this trick and a simple head This time, i marked ALL edges as seam!
Please forgive i accidently abort the render ;(
Are there more Displace-maps to play with??
@Michalis
What advantages we have with Microdisplacement?
Best regards.

I would rather now, whether with the new Pixar Opensubdiv-SDS it would accelarate these kind of operations?!
The blender SDS is laggy from 6SDS upwords…

Microdisplacements aren’t very helpful in a path tracer. The main advantages of microdisplacements in a REYES renderer are high detail and low memory usage, but this is only possible because REYES only handles primary ray intersections which allows for geometry to be purged from memory as soon as the tile using it is done rendering. Because Cycles (and others) calculate secondary GI bounces, geometry must stay loaded in memory for the entire rendering process. Even if a method of splitting triangles procedurally at render time were implemented, the memory usage would be almost identical to simply setting a subdivision level at render time by hand. It is for this reason that even production renderers like Arnold use a system almost identical to the SubSurf modifier in Blender (with different settings for viewport and render) in their workflow.

But wouldn’t be more efficent to use dupli/particles to set a “greeble” like method? Didn’t tested this yet so i’m only guessing.

@sanctuary
you need, we all need, more interesting patterns -exr 32 bit texture library. It’s not easy. I know.
marco, you’re guessing. LOL.
We’re talking about painting like methods. A spontaneous method, not a mechanical one. As possible, I mean.
I have a problem now, as trying to develop this technic a little more.
Combining two bump textures.
One for real displacement a second for random details.
As real displacement happens, stretching of the secondary bump texture happens too.
Here’s a disaster… but I like it a bit.
Just a close look of a ~100K (after displacement) mesh. More textures as bumps added of course. Noticed the stretching effect of the bump texture on a displaced surface?

But wouldn’t be more efficent to use dupli/particles to set a “greeble” like method? Didn’t tested this yet so i’m only guessing.

I never heard about that “greeble” method, but googling a bit, it looks similar to the 2.49b script “Discombobulator”.
It was an excellent script with tons of settings to adjust that allowed some very nice results in no time. By example from a simple subdivided plane you could obtain some city-like shape

There was an attempt to port the script as an addon to 2.6x (you can find it in the contrib addon currently) but it has only the basic function, it does not have the large amount of parameters you could change.

Still i wonder if baking from it could result in fun displace textures.

Very mechanical for me.
You can’t edit it on the fly.
This is why I started this thread. To work like in painting, somehow.

but the sharp box like displacements end up looking very “mechanical” anyway,the only thing that looks “organic” is the shape of the original mesh.
tungee displacment looks a little more organic,very nice