@BackCubes
Thanks for the kind words.
32 bit exr is great. However, a normal map is basically a 8 bit RGB, consider the compatibility as well. (When exporting to another app.)
A 16 or 32 bit is important for true displacements. A 8 bit B&W map will never work, you get scale effects on geometry.

Thanks for more maps!

Michalis, that last one is just insane!

The sheer complexity of the model appears to be asymmetric to the effort put in. It is a phenomenal greebling technique.

What are the new “line tools” that you refer to, and the smoothing brush techniques (is that the one with 0 strength)?

Antony, Psy-fi should answer this. New brush modes then. New parameters.
However, this is not the trick at all. Having fun with loops is.

Having fun with loops. No displacements this time. Not yet.

Wow!!! awesome michalis,
Very nice the loops in this piece,
really like the way you have extracted them in layers…

Woah,
your last one has that giger’s facehugger feel

Tung, thanks.
It is really easy to do model such things. Just sculpt a fast form using dyntopo. Enter re topology and start extruding edges, creating loops. You don’t even have to count extrudes, you won’t feel it with faces around. Then, solidify it, UV unwrap it, and only then, subdivide it.

that last one looks like an alien rib cage cover

very nice, I love the texture on that

Thanks Craig, it is the texture uploaded on post 1003.
A little tweaking in the UV editor though.
Sculpt using UV editor and displacements. Remember?
To use these methods to decorate a simple box modeling is only the entry level.

I have been trying out the Screw Tool as Michalis mentioned onpost #852. I have some success, but I am not sure how to scale my spiral down as it coils in? Do you have any modeling tips to achieve that? Did you just join your spiral to a cube after you created it? 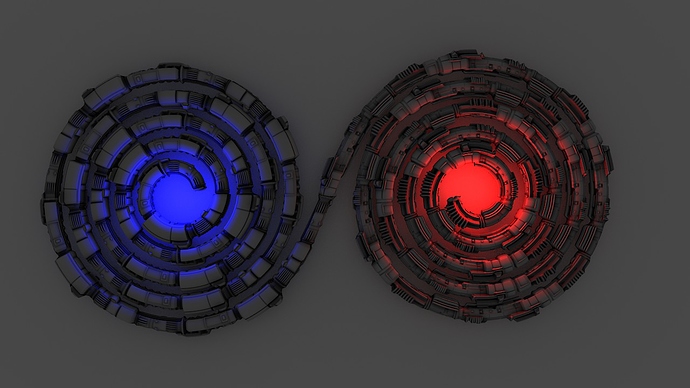 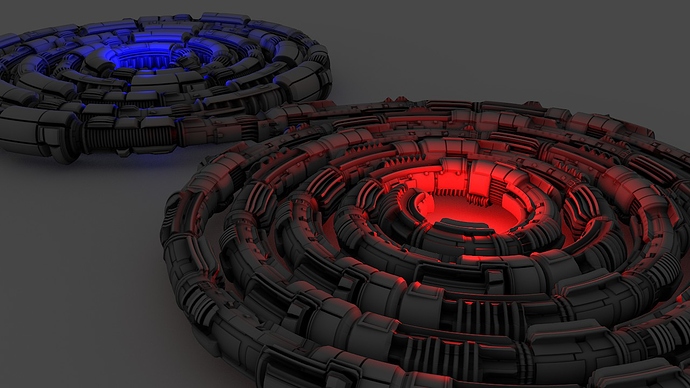 That’s majorly cool. I’d love to see that applied to a character as some sort of chest piece.

I’ve finally took the time to scan through all the pages of this thread to see all the great images, but two really stand out that are worth mentioning. Doris’s golden head in post #619 and JoHal’s white and green face in post #654. Wow! They’re both great. I’d love to see them animated. JoHal, did you ever finish the rest of the head?

Thanks Steve.
@Atom
Screw tool isn’t something fancy. It isn’t possible to do what you’re asking. It is useful though because you can weld (delete doubles) and have a solid spiral like base for insets, extrudes more loops etc. You have to fill in the middle manually.
However, / preferences, addons, / (more) curve types, check the spiral curve. Then, add a curve as taper and another curve as bevel. Convert in the end as poly mesh. There is much more potential on this tool, as soon you will find how to handle it (as always happening in blender)
Something like this? 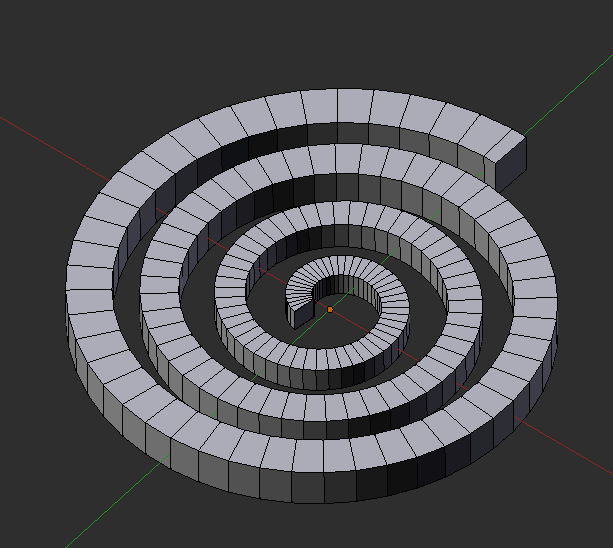 @Steve S: Hi and thank you. Sorry but at the moment i have nearly no time for blender and i didn’t finished the head yet.
My human modeling skills are really bad, so if i find the time to improve them i will surely finish it.

@Michalis: Ah, thank you. I wondered about using a beveled curve. So use a square as the bevel and then a sloped taper. When I convert to mesh, the square should give me quads, correct? The array modifier along a curve might be an options as well…hmmm. I guess I’ll have to play some more!

I still prefer the spiral thing. Not very wise (at least) but it still creates a friendlier topology.