Im the latest NOWBODY on Blender. Ive been working now the modeling tutorial until the first own project

First i wanted to rebuild my laptop, bud I crashed on way too many details for the beginning.
I just got the keyboard after 10h :spin:

Then I started new with my camera :spin:

So finaly i could manage to rebuild my SD card. Yeppyy!!

My girlfriend was just shaking her head as i proudly presented her my first “success”
Not about the work but that i spendet a sunshiny day for this.
Ok a little bit about the idea to make a sd card

But the wath me realy hit in the face, is that to remodel
a existing part is so hard to do. Then when you thake a loock at it
there will so many details apear wath you never saw bevore.

And pleace don`t be shy with critic and adwise
I know it sucks for your eyes espetialy the “gold” but i gona find it out how to do.

I`ll thanke you guys and girls allready.
Your posts are my plesure. 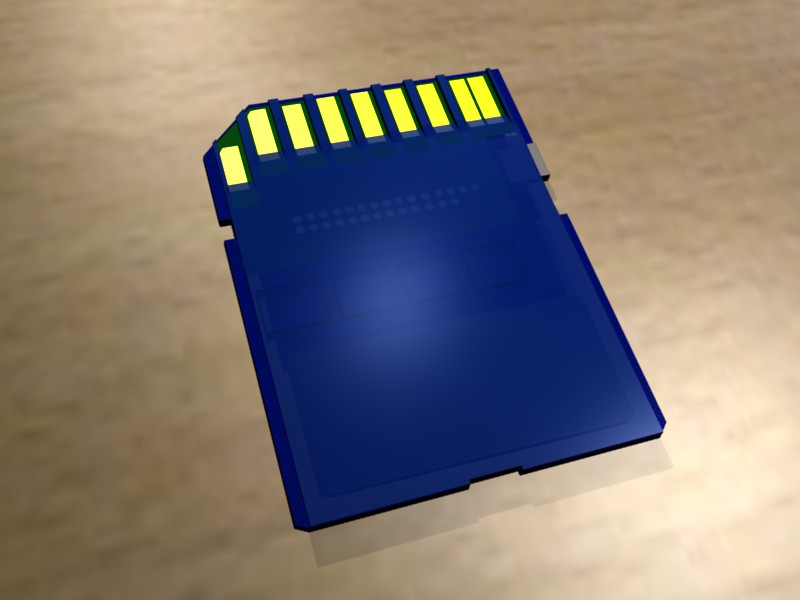 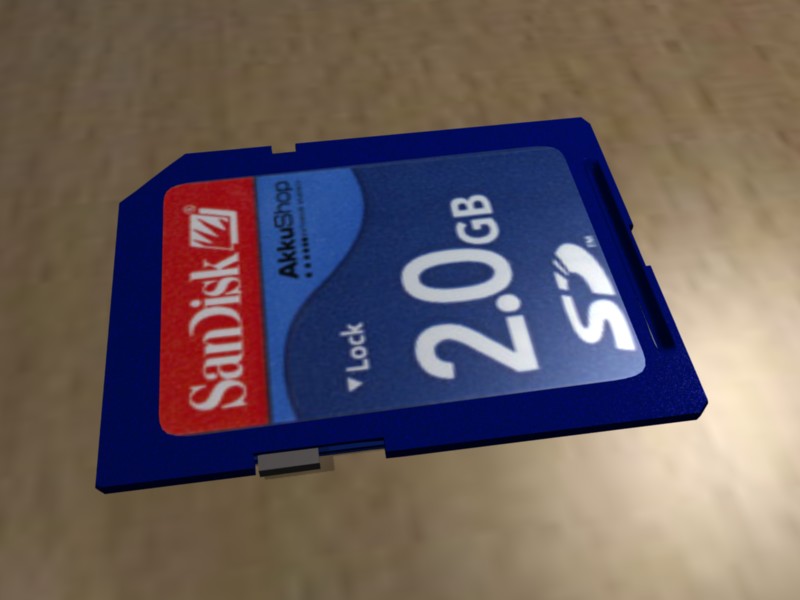 Well… plenty you could do to increase the realism.

It’s a good start though. Keep working on it.

Thank`s for your hints

I chanched your points as best as i could.
But i had to see that the reflection with ray mirror on a plain
very hard to pointing out is. I hadent any problems with a cube and spere but with my plins wasnt i succsessfull.

and when i tryedto coppy a mesh cams an Error
It says: unable to complete with multiress enable ??

I googled and found some things about the rendering but it didn`t helps.

So i post wath i could o so far. 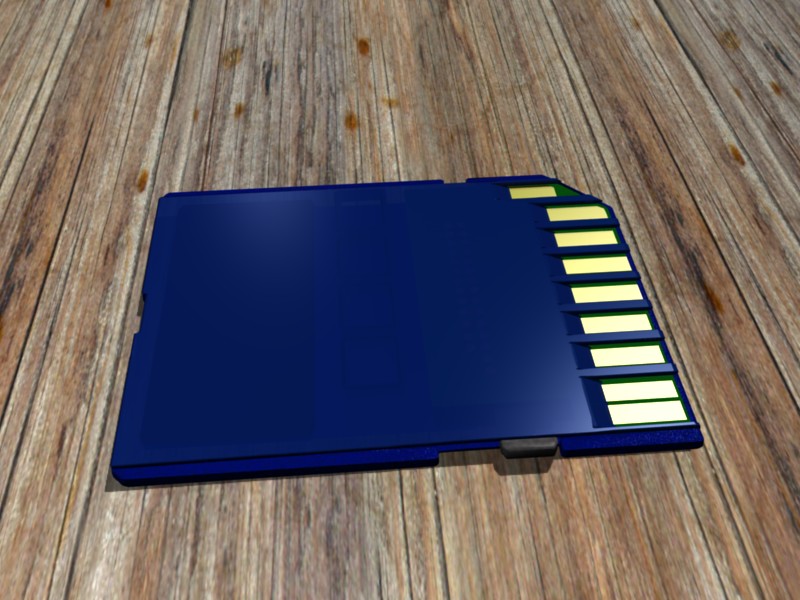 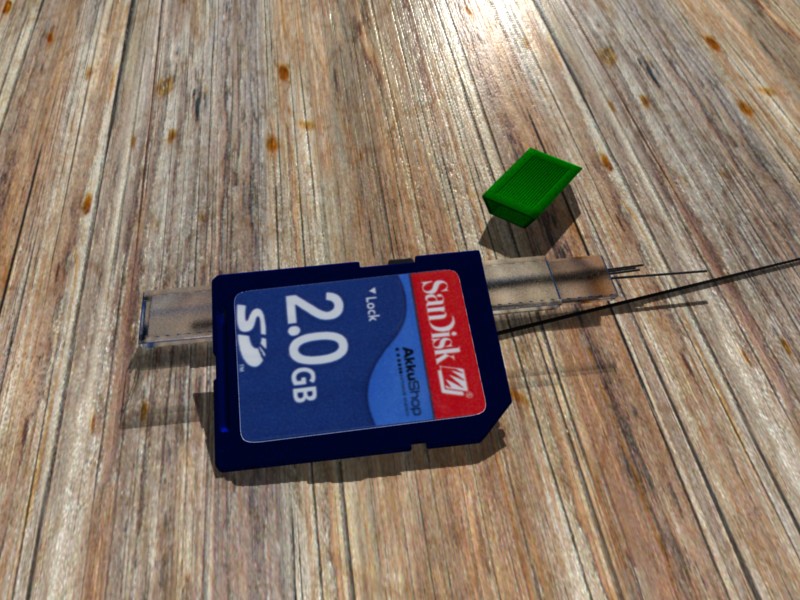 You need normal and spec maps. Add some noise as a normal map.

I’ve had that cursor thing before, in fact, I’m having it right now in the project I’m making. An easy fix is to just create the object, then hit the N key. Adjust the coordinates in there to 0,0,0 instead of -1000,1000,1000 or whatever. And, I don’t know how you’re copying the mesh, but Ctrl+C/V doesn’t work in Blender, try Shift+D.

Now for critique. I think the gold contacts could be a little darker, but I don’t have that specific SD card, so I’m not sure exactly what it’s supposed to look like. Also, keep messing around and experimenting with raymirror, maybe look at some tutorials for an example, you should be able to get it to work. Other than that, it’s quite accurate. Great job, especially for your first completed project.

Oh, I just saw your problem, what you do is firstly apply multires (it’s in the editing tabs, I believe) now click your object and hit shift+s now hit Cursor -> Selection