So I model things for SL.
I don’t consider myself a very good modeler.

But SL is limited on what you can do, for instance i want to make blinking eyelids, i was going to separate a section of the eye lids form the rest of the mesh but i get this ugly seam or crease along the edge. I was wondering if there was a way for me to fix it. 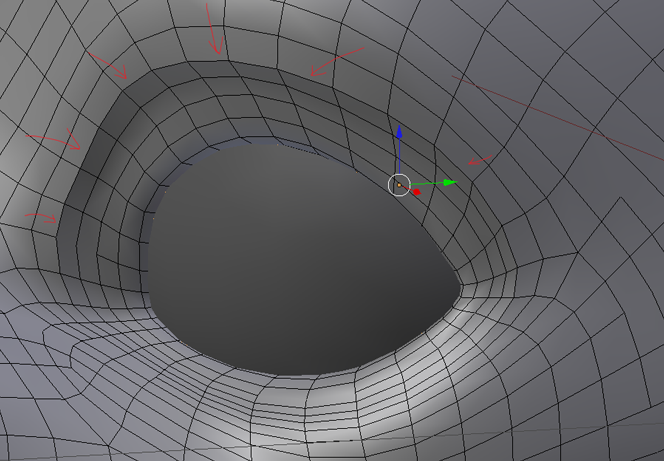 I searched for help on this topic but I’m not sure if what i searched for is right. I couldn’t find anything that answered my question.
Any help would be awesome!

You probably have double vertices along that line. All you do is to select all vertices and select “Remove Doubles” from tool shelf.

If the mesh is split into different parts along that seam, the discontinuity in shading is caused because smoothing only takes place across the edges of connected faces. You can minimize it by reducing the angle between the faces that butt up against one another, but it cannot be eliminated entirely.

I’ve been trying to figure this out myself. I found a mesh avatar on SL that seams to have seamless, yet separate hands and feet (Petite avatars). I IMed the creator and she said something about “agarage normal” in Maya. I don’t think she’s a native English speaker. I’m going to poke around a little bit and see if I can make sense of it. I’ll be back.

Alright, so it does seam to be a matter of eliminating the difference in angles between faces. The way I did it was to do a loop cut to create an entirely new loop where I wanted to separate the mesh. So long as you don’t move that new loop or the loops on either side, the faces will be on the same plane and create a nearly seamless separation. I did this to a mesh body I’ve been working on and imported the results to Second life and it works pretty well.

If my explanation isn’t very clear I can try taking screenshots or something.