I posted this in focused critique gradually, as progress came along, but everyone stopped replying to my thread, and I really want people to nitpick this model…

I’ve been working on a character that I will use in a CG short film. I’ve decided to name him “Seph”

Ok, I really want crits on the face, because something seems off, and any help or suggestions you can give me on the texturing, would be greatly appreciated!

Right now the images look kind of dark. Are you using Ambient Occlusion at all? It may be the shadows but on the second pic you have some shadowy areas and it makes him look like he is sickly or something. Also for crits on topology you can post wireframe images.

Yes, the second pic has AO. I think the others were under regular lighting.

Turned Trashadow off and rendered the face without AO

Keep in mind the lighting is also different, however it was Trashadow that was making the really nasty shadows, because of the hair.

I think you could make the eyebrows a little more “defined” I am guessing you painted them on the texture but they really look that way. They kind of look like he tried to make some eyebrows with some makeup. Same thing for the lips. They look more like lipstick then lips over a slit of a mouth. I hope that isn’t too harsh but you said to nitpick.

Nah, it’s cool. Ummm… im thinking about adding a bumpmap to the eyebrows, and do you have any suggestions for the mouth?

maybe you could pull the upper part of the lip out or something or maybe extruding the lips. Maybe painting the texture a little more there to give the illusion of depth. If you find a head someone has done on here that has posted the wires on you might get some ideas from that.

Alright, did a little work, how about now:

The eyes don’t look right. They don’t look real.
The pupils are dilated. You need a better texture.
That alone would help a lot.
Are you using subsurface scattering at all in your renders?

No, im not using SS, it takes a while to render like that, and these are just tests. I can give it a shot.

Ok, about the eyes, I modeled them… so… i should just make the pupils bigger? I guess i could look at some more eyes and try to pull together a better texture…

http://www.3dtotal.com/team/tutorials/antro_eye2/antro_eyetex_01.asp
http://www.zbrushcentral.com/zbc/showthread.php?t=11225
I’d go with a texture.
What paint program you got?

I do agree the eye needs work. I want it to look a lot more realistic than it does, so Im going to check out your tutorials.

Well, when I say I modeled it this is what I mean: 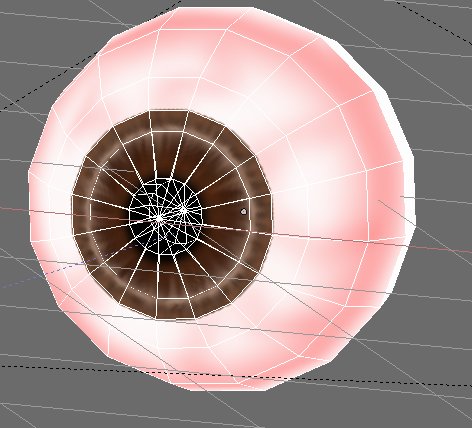 There was or still is a GIMP tutorial on how to make an eye texture.
I’ve been looking for it but can’t find it.

Anyways… here is another.

Blender offers so much in one package that it's always tempting to see what else it can do. "handlebar", from the CGTalk forums, has found two very clever ways to quickly create excellent iris textures using Blender and was kind enough to create...

Also, it’s hard for me to tell, but do your eye’s have depth right now? The iris is actually caved in technically speaking.

Looks good to me otherwise. I would try painting textures though, as previously suggested.

Sorry if I repeated anything anyone else said.

Also, could we get a profile(side) view of your character’s head so I can see if anything else needs to be changed?

Hope this helped some!

Im about to remake the eye now. Heres a side view of the head…

Umm, I think I can fix the head to accommodate the position of the eyes, ill update later. It starts to look great.
I think that one more edge loop around the mouth (or a crease) would help to define the shape of the lips. They are rather “flat” at the moment and only differenciated from the skin by their color.

Ok, I have pushed some of the vertices on the lips out some, and remade an eye texture… hes doing some massive drugs to get his pupils that dialated, why did you make them even bigger than before after someone said that they were already to big? they need to be wayyyyy smaller.

Ok, made a new texture, and modelled a new eye all together… 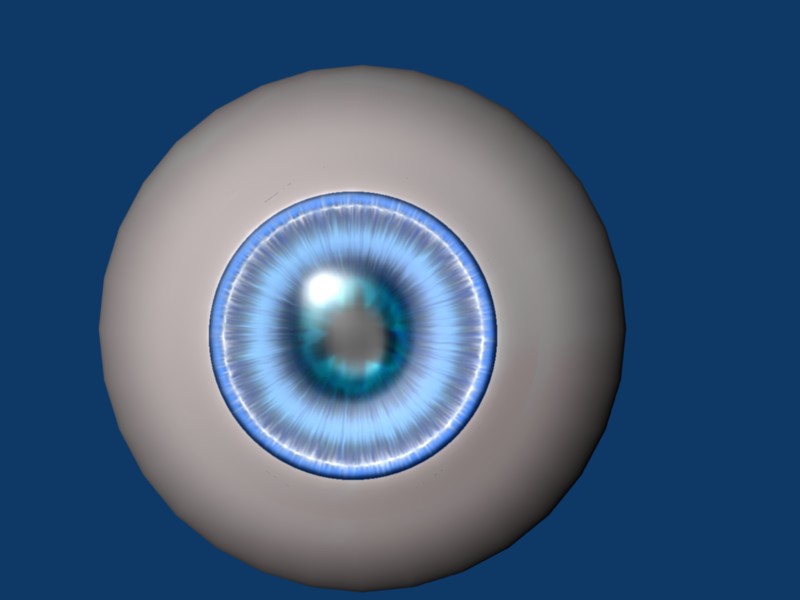 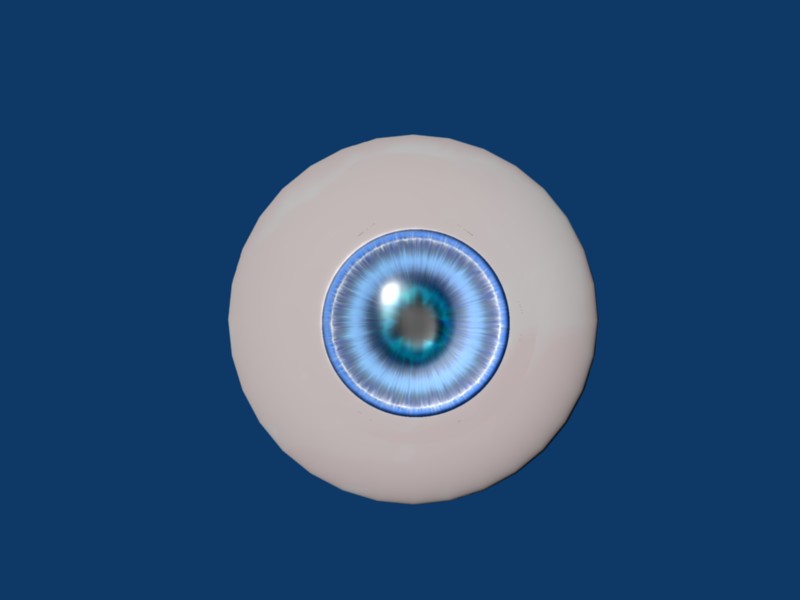 that will probably look much better.