Sequencer scene switch lets you switch quickly between scenes and workspaces. This is especially usefull when working with a lot of scenes inside the Sequence Editor.

Sequencer Scene Switch is bridging and creating a faster workflow between the Sequence Editor and the compositor, as well as with other sequences. 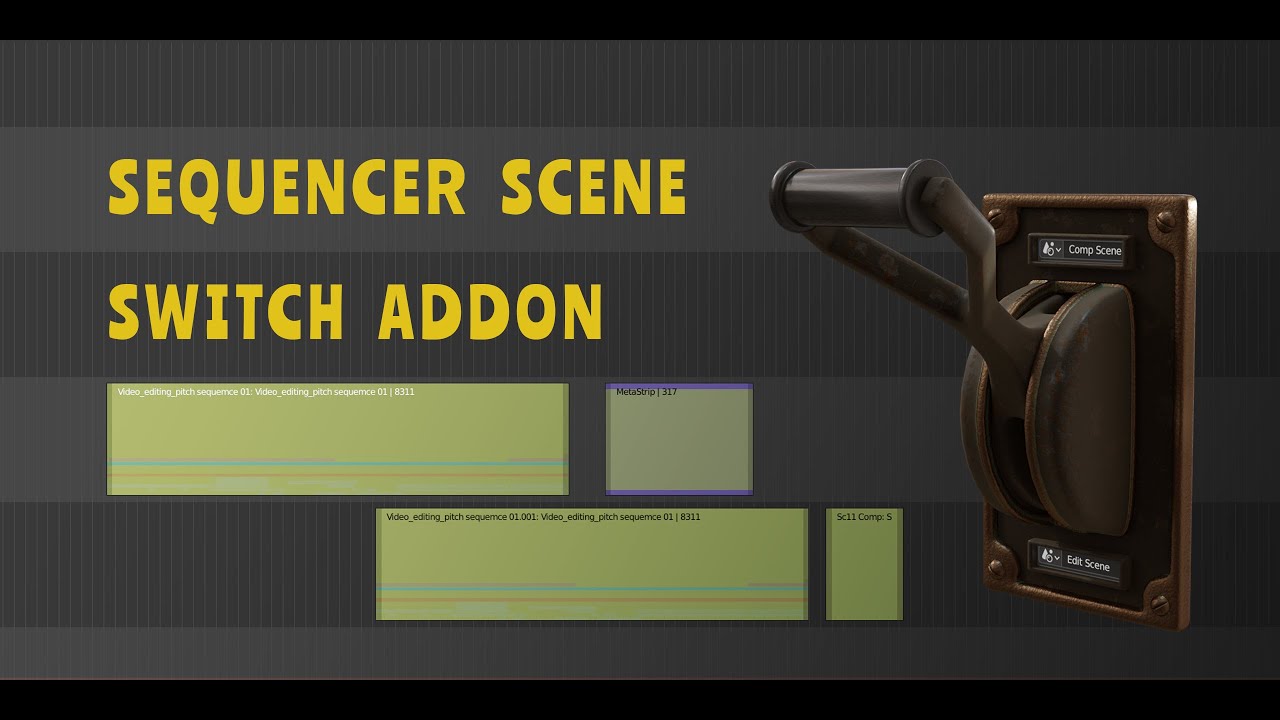 A scene strip that is using nodes, will switch automatically into the scene with a compositor workspace.

A scene strip with a sequencer input, will switch automatically into the scene with video editor workspace.

A scene strip with None of the above, will switch automatically into the scene with 3D viewport layout workspace.

Select a “scene” strip and use the switch scene operator to switch quickly into the selected scene or use the Tab hotkey mode to switch into scenes using Tab, just like you would toggle Metastrips. 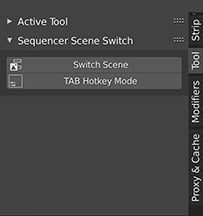 Sequencer Scene Switch also adds an operator for adding a new compositing scene directly in the sequencer. Add a new comp scene and switch directly into it. 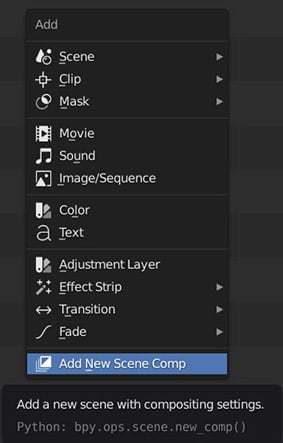