I have a render layer containing an object that is meant exclusively for giving reflections to the body of the robot – its not part of the scene. The effect is to isolate him on white with a slight shadow and reflection below him on the shadow catching plane. 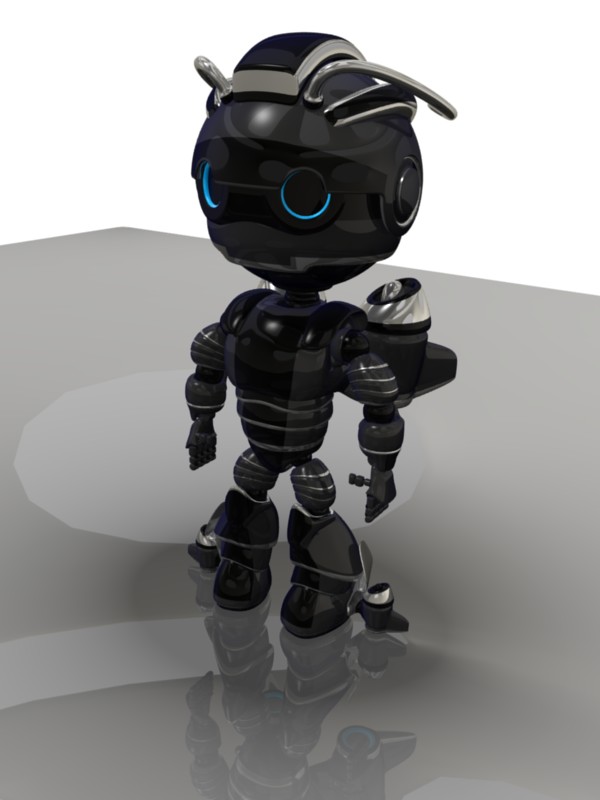 If you insist on using raytraced reflections and the compositor your problem can be solved as wel, it only takes more work.

Your problem with the reflected objects is related to the SceneLayers, in your scene layers you enable the layers that should be rendered. The second pair of layers you can set, only indicate what layers of the scene need to separated, these layers are the ones with the dots. This might sound a bit confusing, but it basically means that even though an object is in a layers that is turned off in the 2nd pair of layer controls (the ones with the dot in them) as long as the layer is turned on in the 1st pair of layer controls it can still cast a shadow or a reflection or whatever in the resulting render.