A tutorial brought up the idea of using Shape Keys to right the wrongs that Weight Painting would have a difficult time righting. Take this below image. 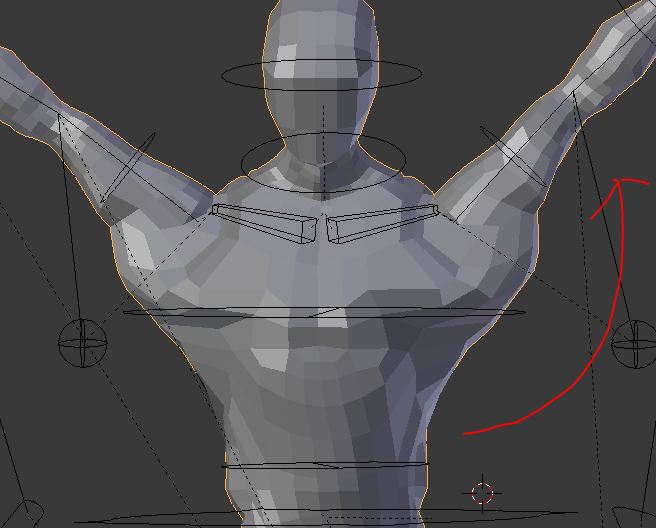 As I understand shape key production, you were meant to use a basic mesh as an origin point and alter parts of it to different extremes. (Like the raising and lowering of an eyebrow.)
If I were to use Shape Keys to fix this problem above, it would be advantageous for the Process to go like this:
Create Empty Shape Key>Return to Sculpt Mode> Sculpt to counter the bad deformation> Add Driver
Right now I understand that you need to be in edit mode to make vertice changes record into a shape key. I want to make them while I can still see the deformation, and not when the mesh’s basic position is viewed.

Yes, it’s possible. Select the mesh in object mode and in the modifier panel look to the armature modifier. To the right of the name of the modifier there are 3/4 buttons. One looks like a cube with 4 dots on the corners, click on that one, (hover over with mouse for a tool tip for what it does). After that, or if that button is on, there will be a 4th button, looks like an upside down triangle with 3 dots, one on each corner, enable that as well. The first button I mentioned enables the modifier while in edit mode, the second button applies the modifier to the mesh while in edit mode. Pose the armature and enter edit mode for the mesh and play with those two buttons to understand what they do, should be easy to understand.

Additionally, when working with shapekeys, first you create a basis shapekey, then you create another shapekey that is a duplicate of that basis key. This is the one you will want to work on. You need to set it’s influence to 1, then to edit the actual shapekey there is a button in the shapekey panel that looks like the cube with 4 dots mentioned above, you need to enable that so the shapekey will be active while in edit mode so you can edit it’s vertices.

Right now I understand that you need to be in edit mode to make vertice changes record into a shape key.

Second, the deformation of the armpits/side of the chest shown in your picture looks like it could be corrected by just weight painting. The parts of the sides of the chest that are bulging out while the arms are posed as you have them need to be weighted more to the chest bone and less to the upper arm bones.

If you’ve just used automatic weighting on the mesh, you’ll need to manually adjust it via weight painting. Automatic weighting, at best, only gives you a starting point and will need to be refined. Personally, I never use auto weights as I don’t think it does a good job and rather than clean up the mess it creates, I’d rather just start from scratch.

Agree 100% regarding automatic weighting. particularly if a mesh is scaled too small. The area of influence from various bones creates a LOT of bleed over. I now only import mesh obj parts as empty groups, then parent them in the vertex window of properties. That way I can tailor the weighting much more exactly. It’s not any slower, as you spend the same amount of time up front. getting your weighting adjusted properly, rather than going through the mesh afterwards, bone by bone, cleaning up the weighting issues. Automatic weighting, though, could eventually REALLY be a big help, once its fine tuned some more.

as Randy pointed out autoweights should always be tweaked by hand as far as possible. if you can’t push it any further with careful weight painting you can move to bone driven shapekeys (or corrective shapekeys). pushing weightpaint to the limits can be tedious and time consuming but in the end it helps a lot when it
comes to shapekeys - the better the weights the less the correction with shapekeys.
btw, a pressure sensitive tablet makes life a lot easier - not only for weighting…