Hello Blender bros! We’ve all made things with bad topography. Share your bad topo if you want to. Here’s mine:

When I first started off making the Henschel I wasn’t making the main parts separate objects. It was total hell with the nose… 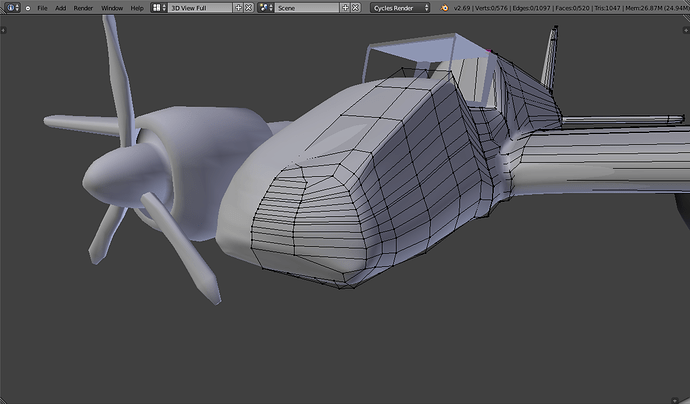 DIS. Dis is the first project I started to make something as well as to learn more of Blender. I started modeling the M1911 handgun. I learned a lot but not enough to avert a topographical disaster. I never finished it; I still have a few blend files of it on my computer. As I did more work on the handgun I tried to bring out the details. In the attempt to do this I merged too many vertices, too many loop cuts, and cuts with the knife tool in all the wrong places.
Nonetheless, this handgun I believe doesn’t come close to the disaster of that plane nose… -__- 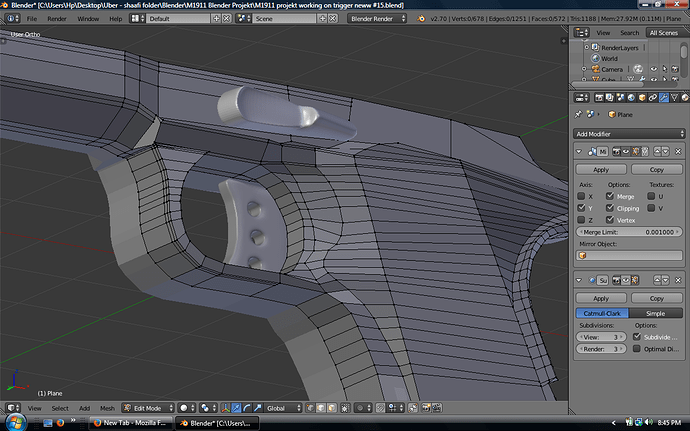