Well…haven’t been here in a while. Wire frames removed…replaced with something a tad sweeter for the dome.

can’t tell what is. can you post a flat shaded view.

If I post anything more than a wireframe at the moment I will ruin the whole surprise of the final render.

So see if you can guess what the scene is until I post some solid tests etc. The title should give some away “Shinko Ji” … take this as a riddle if nothing else. Thanks all.

You’ve got me intrigued!

I googled “Shinko Ji”, but still no clue…

Well, to the post above…I have left many clues, a road of crumbles if you will. It’s up to you to decypher the message and ponder the art…but for now, I leave you with a taste. I will explain “Shinko Ji” in detail tomorrow. I am also writing a small documentation to go along with the art, lets see if the community can figure it out and see the message in the end. Enjoy.

PS: The whole scene below is…maybe 5 percent of what is currently modeled and waiting render, I am writing the riddles to go along in sequence with the art. Why not both poetry and art, with a hidden message for the curious and eye candy for the stubborn. 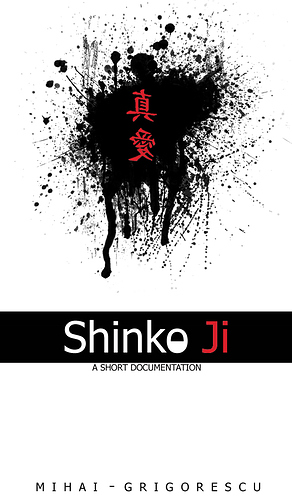 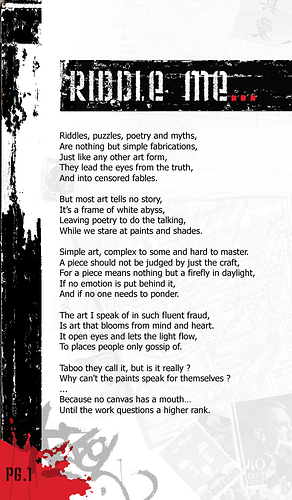 Wow no one ? lol…alright. I shall keep updating, some critique would be nice though

the design of the documentation/magazine pages is very good imo, and the poem’s not half bad either.

i cant figure it out tho