Shortcut or add-on for entering a frame number?

Is there a way that I can set up a shortcut key where the cursor automatically highlights the current frame number in the Timeline window, so I can start typing the frame number of where I want to go?

If not, is there an add-on which essentially does the same thing? I want the ability to press a shortcut key, type in a frame number, and then press Enter to get to the a particular frame. I don’t want to have to repeatedly switch to the mouse and try to precisely click in the frame number control.

It would be great to have access to a specific keyframe that way - much faster - I use it all the times in other programs.

Hopefully some knows a way to do it. Finger crossed…

I ended up coming with a solution that is somewhat brittle, but it works on my system (on WIndows only). Here’s how I set it up. 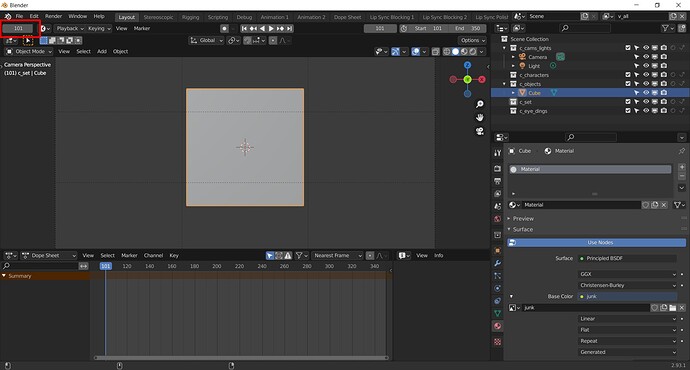 Now, when you press Ctrl+Alt+G, the cursor will jump to the Current Frame box and you can begin typing a frame number.

simplecarnival - Nifty solution!
I did some digging online to see if I could figure out how to add the code to a shortcut, but not being a developer it’s a bit out of my skill set. It seems like if I understand it correctly I would have code it as an add on and then attach a short cut to it. If you know of a suitable tutorial to follow to implement your solution that would help otherewise I’ll keep on digging… (by the way I am on a Mac)

I’m not sure what the Mac has for automation tools, but if you can simply set up some sort of automation tool so that if you press a particular key combination that is not used for anything else in Blender, you could implement basically the solution I mentioned in my previous post: press a special keyboard combination, then make the mouse go to a particular location relative to the Blender application and click. Then you can immediately type your new current frame number.

While you can do a LOT with writing Blender add-ons, I don’t believe this feature would be easily implementable because you will run into multiple problems:

Anyway, unless someone submits this idea as a future Blender feature and the devs implement it, IMO your best bet on the Mac is to look into keyboard automation/macro tools for that platform.

Hope this info is helpful, and good luck!

Sorry for the Incredibly late reply. The work load is what it is. Just wanted to thank you for the tip. If I ever manage to have the time I’ll dive into Python, and write something. I’m a bit reluctant of that because of the maintenance for the compatibility to each release. The best case scenario would be an integration at the source (Blender Foundation). Will have to take the time and write a request at some point… In the mean time Happy Blending.