Just a bit of fun with Cycles and texturing. The concept came from a magazine photograph that I saw the other day, I tried to recreate it the best I could - whether I did or not is another thing 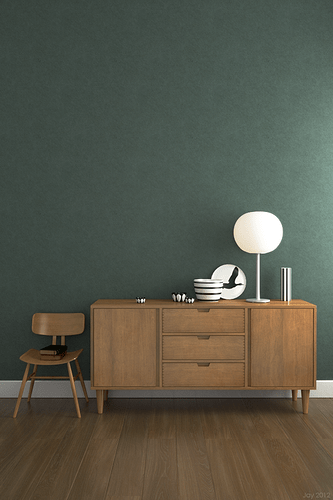 Hi Jay, great work, could you share some details about the floor and time of rendering…?

nice. a yellow rubber duck placed under the commode would add seriousness to the piece. I like the render.

Soothing image and good lighting and textures!! but I think the lamp shade looks a little bit flat!

Very nice. Where did you get those textures? I want that floor!

Hi guys, thanks for your comments

A comode? hope you know that is a portable toilet right? Yeah, if I improve it, I’ll add a rubber duck for you juhada

I created the floor myself from a selection of 5 texture planks - mixed them up a bit in an image editor and change the colour slightly etc. I added geomtry to the boards with a slight bevel edge to catch the light. I think the the planks came from CG-Textures.

The light is actually dimly switched on, this is why it appears a bit flat

looks pretty damn good to me.

1. A low cabinet or chest of drawers, often elaborately decorated and usually standing on legs or short feet.
2. a. A movable stand or cupboard containing a washbowl.
b. A chair enclosing a chamber pot.
c. A toilet.

3. A woman’s ornate headdress, fashionable around 1700.

Both of us were right, so now you owe me a rubber duck version of this piece. I still like the render!

Well researched juhada, now I have to understand the need for the rubber duck - or maybe not

Nice scene. It’s a pity that the image is so small. Is the magazine Skona Hem (or whatever they spell it in Sweden)?

Added ducks for juhada, haven’t got a clue why, but why not? 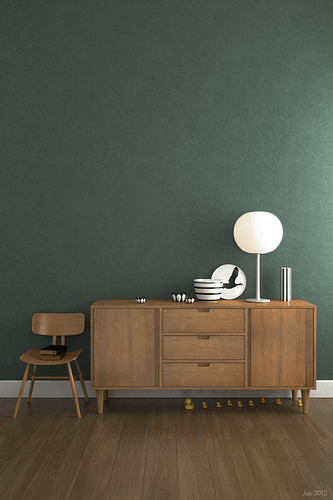 … and to test out a night scene with just the lamp and very small ambient lighting from the mesh emitters: 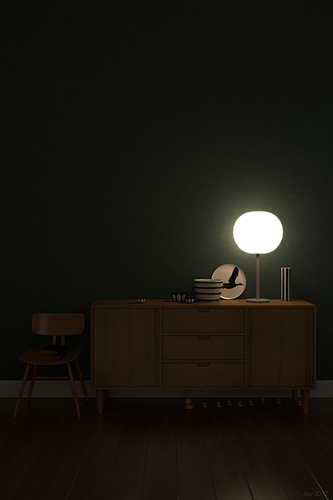 You’ll notice that bright Mesh Emitters in scenes suffer from dodgey Anti-alaising, so a bit of post work is required to help tidy them up. I used a Bloom node setup as in the original and just tidied up a bit extra in an image editor as I didn’t want to over do the Bloom.

Zander Nicolic, I would upload a larger image, I’m just not sure what the rules are on resolution and file size on Blender Artists forum.

The Image came from a UK Homeware magazine “Elle Decoration”, it was an advertisement for Ercol Barton. If you manage to track the image down, you’ll see that the photograph was actually shot in a studio with heavy side diffused lighting, not very realistc - Although I couldn’t match the ambience in Cycles, I think we’re still a long way off to getting such a shot - hopefully little tests like this will get us closer though.

Wow Jay! Respect! I wasn’t actually joking about those ducks, but adding a row of ducks makes this even better than I imagined it could be. My initial point was that your image was so
disciplined in the first version,that i almost wanted to see a bit of “visual noise” if you will, just for the sake of contrast: your ultimately clean and perfect setup vs some playful, out of place element. Now that you added a bunch of them this image tells a story. Don’t get me wrong here though, I like your original image just as much as before, but I really like how you went and actually gave the ducks a shot. Raising my hat here! And yes, I like the ducked up version even better! Bravo

We’re all crazy here, glad it gave you a smile