My render times for the same scene, using the same settings keeps increasing. I have a simple file of about 1.3 megs consisting of linked assets and characters from seven source files. When I render a distant camera show it took approx. 4:28 minutes. I set to slot 2 and render the same thing. It took about 5:03 minutes. Next slot 5:15 and fourth 5:28. Does anyone know why? When I first noticed times were going up, I reran the renders four times in different slots with only blender app running. I am processing on an I7-4790k with 16 gigs memory. This render is using everything it can find up to 14.7 gigs of memory. I decided to retry this with a simple 5 frame animation. changing nothing. Times are still increasing frame to frame.

I next ran a five frame animation to see what would happened. No animation data in file yet, just producing png files. They started at 5:40 for frame one and increased upward to 6:23.

I do have a lot of textures. I am using particle hair on the characters. One is quite heavy being a dog.

Any thoughts why it would keep expanding time. I haven’t tried to optimize the render times yet, but if each rendered frame keeps increasing, I’ll be dead before it finishes.

Has anyone else experienced this?

Could it be an idea to load factory setting temporally to check if the problem is caused by addons?

Thanks for looking at it. I reset the settings but it didn’t help. However, thanks for the idea because I thought I would just start turning things off until I got the render down. Hair rendering is the issue. Once I turned off the render on the hair, the render times came down to less than 40+ seconds with no more than -+ .3 variation as it should be. Very little creep and some were less as it went indicating that is probably windows processes as it should be. Damn you hair! Now why do we not have hair clearing out the buffers and why do distant shots take so long? Ah the mysteries of hair rendering are just biting me in the CPU. 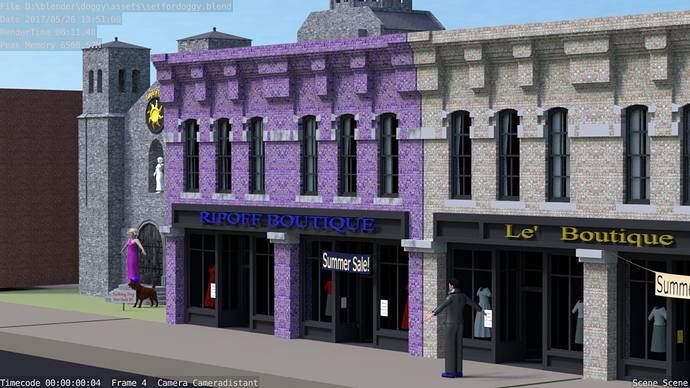 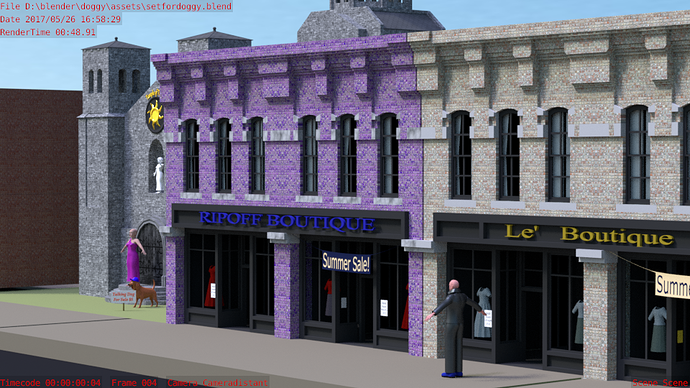 Ok solved. Render type for hair must be set the same in all source files. (IE all strand. Can’t mix them like I was trying. Would be nice to put that somehow in the render file.) Once I did that, no more creep and average time was reasonable constant. Now I can crank up the samples with confidence.