Bellow is the image in question that I need to be modeled.

I need the left arm down of course, and while I wish I could have him modeled in a way where I could change him clothes, I wouldn’t mind at all if that wasn’t able to happen. I was originally going to have this little guy drawn in various positions, because I wanted to use them for This YouTube channel but I was modeling the “laboratory” that the futre videos would be filmed in, and I was going to render them as background images, but then I thought it’d be a much smarter idea to take still frame images of 2D rendered positions from the character in the lab. Now I realize that it’d would be a lot simpler if the character was modeled as well, and I such at modelling and rigging.

Is there anyone who who can fulfill this request? 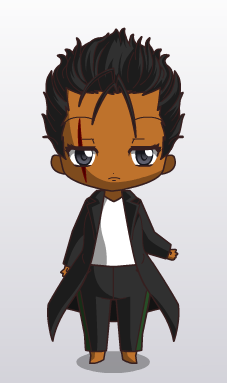 nothing simple about making a humanoid. I recommend looking into tutorials on how to model anime type characters. aslo there is a section near the top of the forum for requests.

Requests should go under the “volunteer work” forum. Unless you’re needing help for a DIY. A mod may eventually move this if they stumble through here.