I encountered a problem while moving vertices inward a model. I am using Blender 2.70a 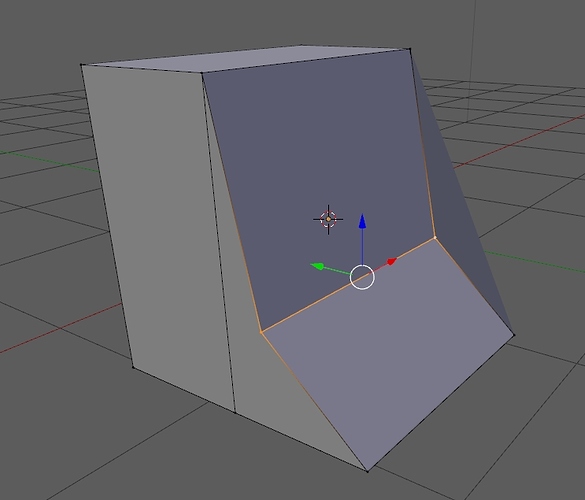 Instead of forming the shape defined by the edges a triangle stays as soon as I move the edge over the diagonal line.

I followed a tutorial where this works flawlessly in Blender 2.70a.

If anybody of you knows what I am doing wrong, or hidden options I need to change please help is very much appreciated.

I followed a tutorial where this works flawlessly in Blender 2.70a.
If it works with blender 2.70a (the latest version) why not use that ? If you use a version before 2.63 you may see issues because that’s when the current mesh system was introduced. If you want to get that appearance split the face

Ohh I use Blender 2.70a forgot to mention that. Added the info to my original post.

Chances are you had double vertices when you selected and started to move.
Since there are no blender knobs, just object on image, nobody can tell for sure.
However Ctrl-R would be going around object if there were no additional vertices. 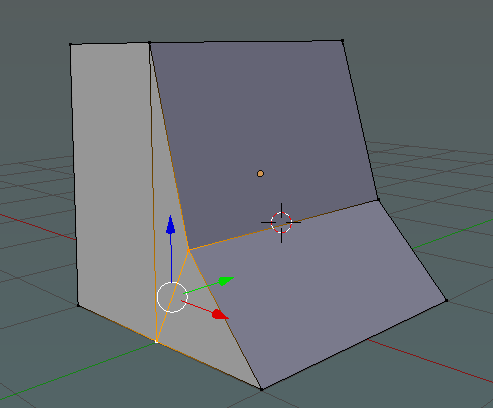 How are double vertices created when I just added this new cube and made one cut in the middle?

You’re creating concave quads like that. Everything gets triangulated for drawing on the screen (and rendering) and a quad has two triangulation options: 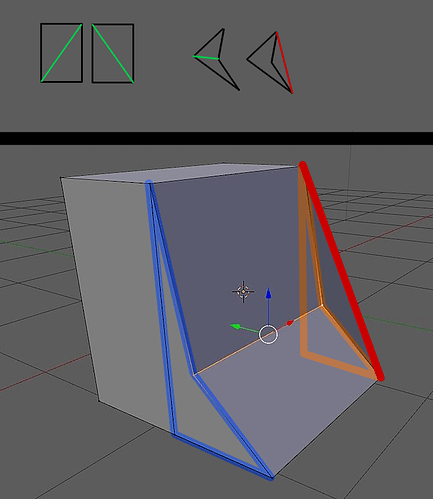 Don’t make concave polygons, otherwise you would have to triangulate them yourself to have the control over where the edges go.

1 Like
How do I clean this up?
3D printing an object with a hole in it
Non-Coplanar quads, avoid?
Unusual anomalies when modelling?
Anormal shadow smooth
"Black dots" in Blender?
How to get rid of wrinkles?
JoeRender (JoeRender) May 24, 2014, 7:27am 7

Ok thank you I will not do it that way I was just curious as in the tutorial I was doing this didn’t happen and I wondered if there is an option for displaying it another way.

Out of curiosity - what was this tut? Can you please give a link? I wonder if that was before_ngon_era one…You say 2.70a, interesting.

This tutorial minute around 6:04

Ok thank you for your help!