Hello,
I update a little bit this project of Singapour by night rendered with Eevee and Cycles based on google earth view. The goal is to work with low poly mesh and reach a good level of realism.
First of all, I wanted to render the whole project with Eevee, however, because of clipping troubles with the cars meshes of the take 4. That’s why I’ve decided to render this clip with Cycles. 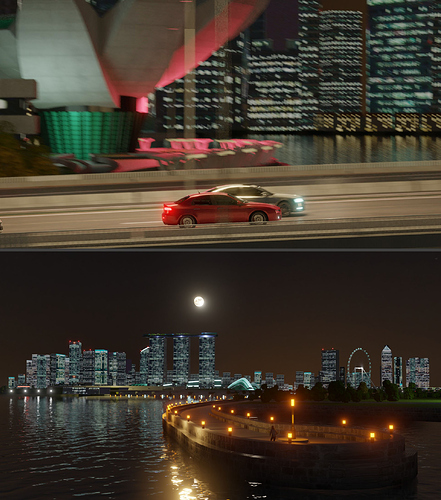 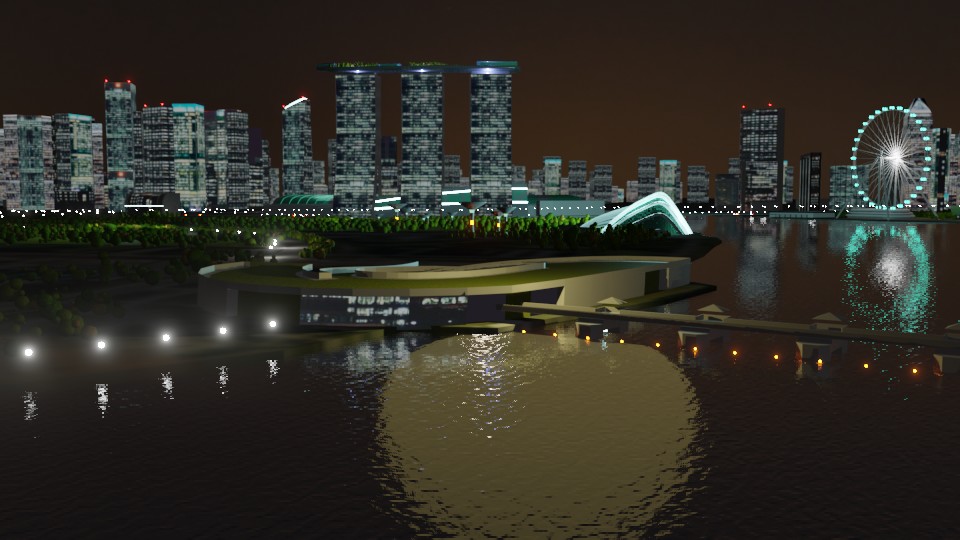 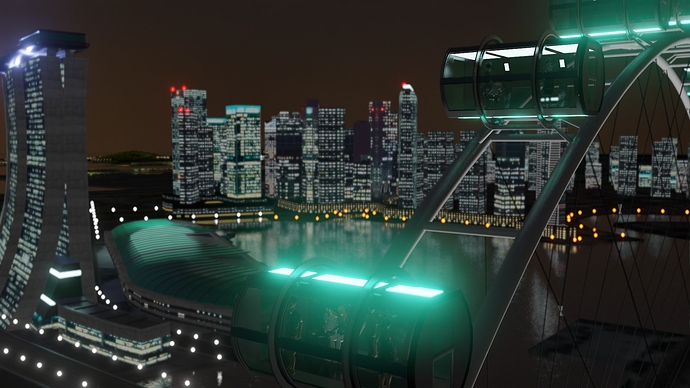 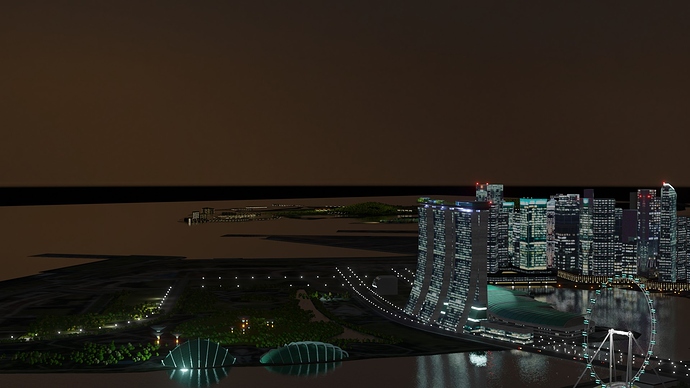 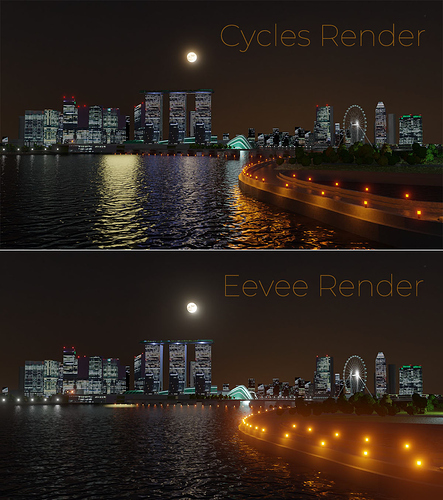 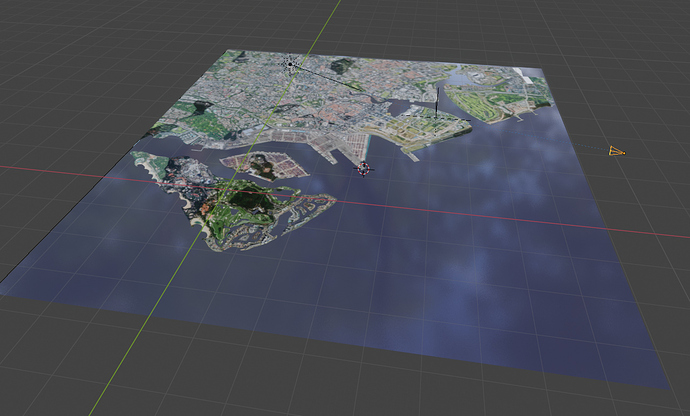 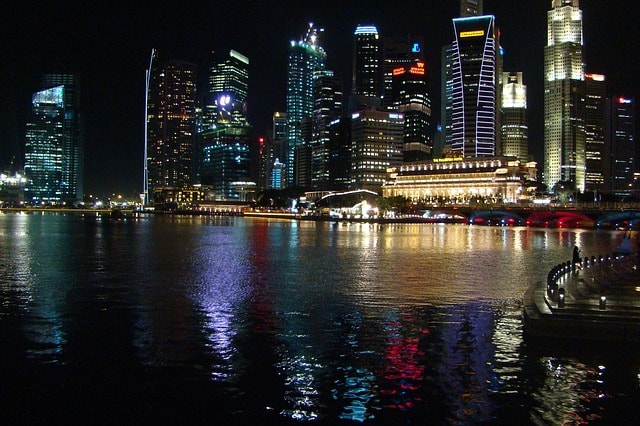 By the way, is anybody know if it’s possible to reduce the sunlight size in Eevee ? 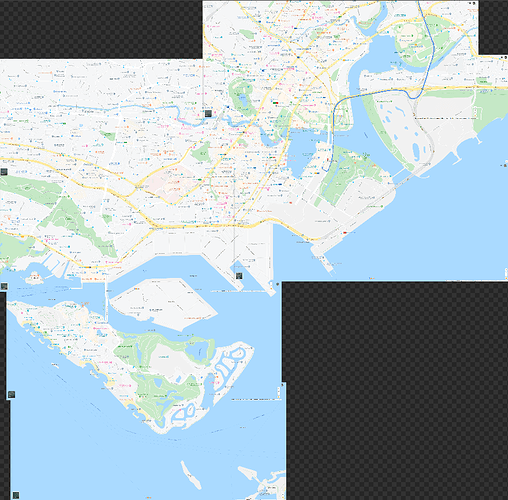 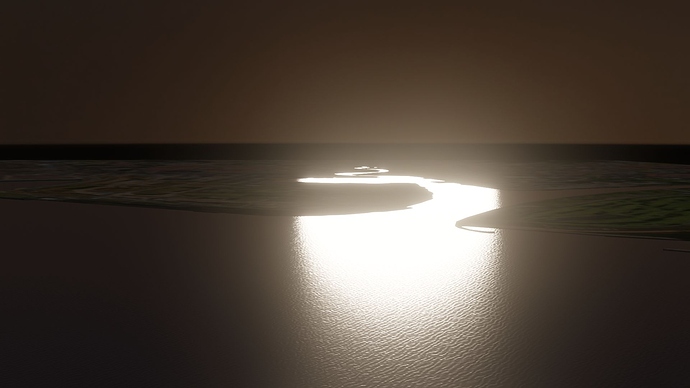 You can use the angle in the sun properties to decrease/increase the sun size. 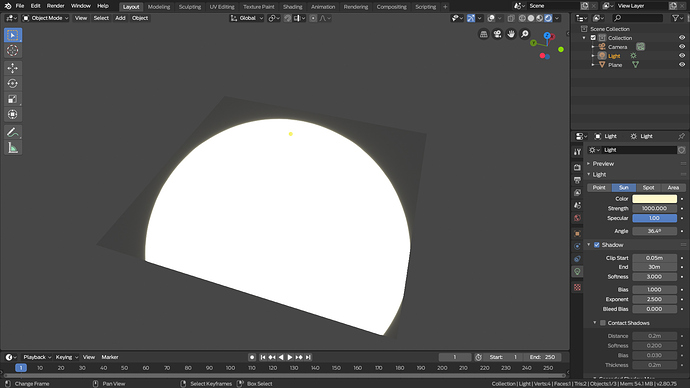 This is how it looks when increasing the angle. 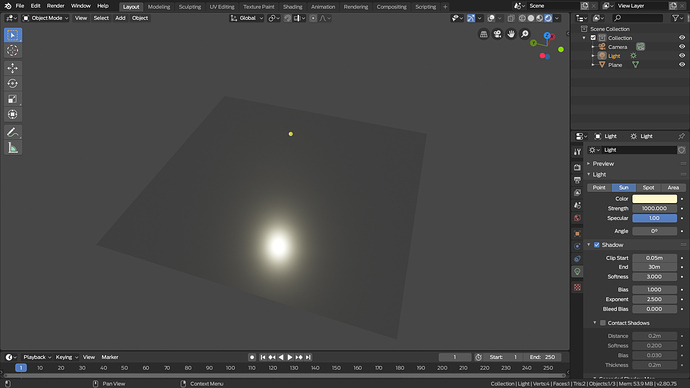 This is how it looks when decreasing the angle. 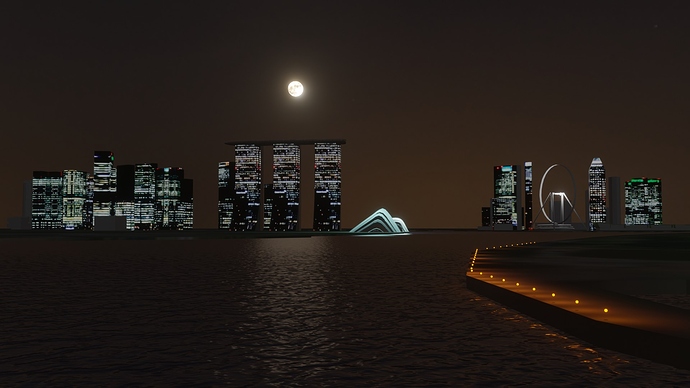 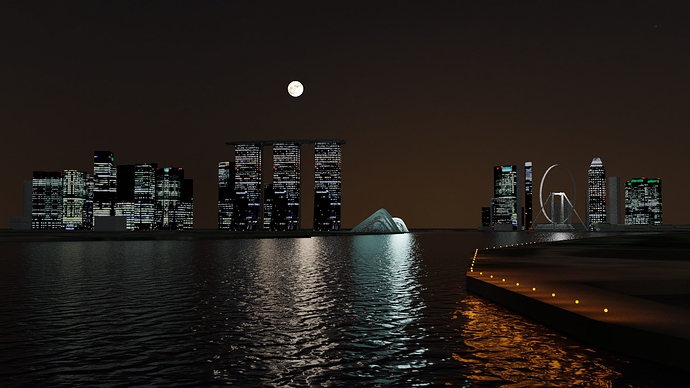 I vote for the second one. When reflections are important, Cycles is better for the job.

I agree with you but I wonder if it’s possible to make this kind of reflection with Eevee. It’ll be cool to avoid the fireflies when I’ll add plenty of lights…

There’s OIDN (denoiser in Compositor) in experimental builds - Blender 2.81 - worked very well for me, kills all the fireflies …in fly. Also, it’s optimized for renders. Try it.

You can use the Reflection Plane to capture the reflection of the objects for the water. 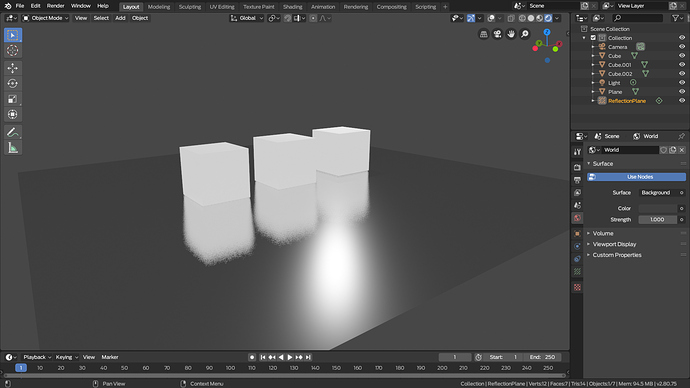 There’s OIDN (denoiser in Compositor) in experimental builds - Blender 2.81 - worked very well for me, kills all the fireflies …in fly. Also, it’s optimized for renders. Try it.

You can use the Reflection Plane to capture the reflection of the objects for the water. 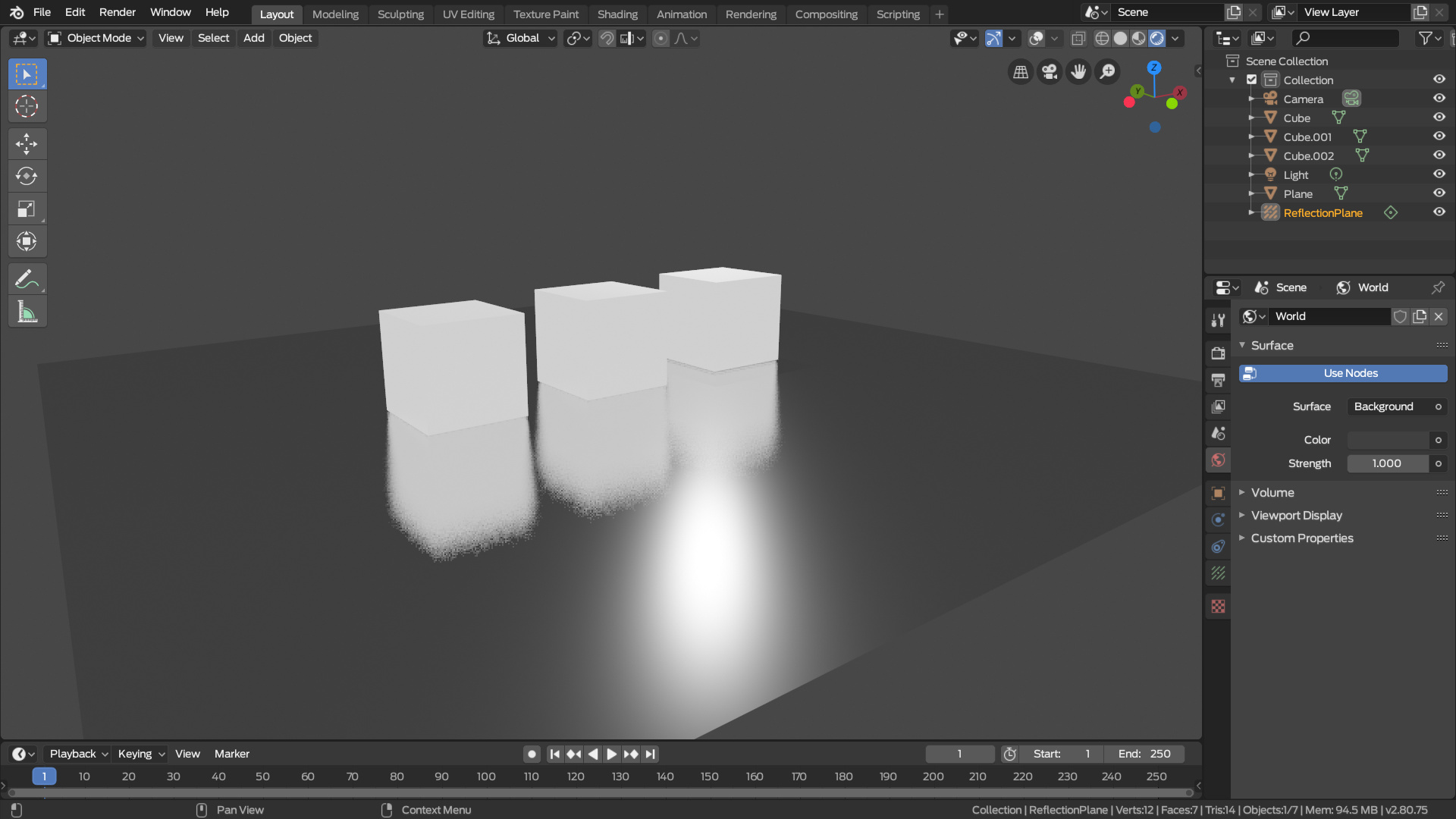 THX guy ! I’ll make the test. Do you know if it’s possible to use displacement wave textures reflection ?

I just discovered that I just ned to check “Screen Space Reflection” to obtain waters reflections in Eevee ! 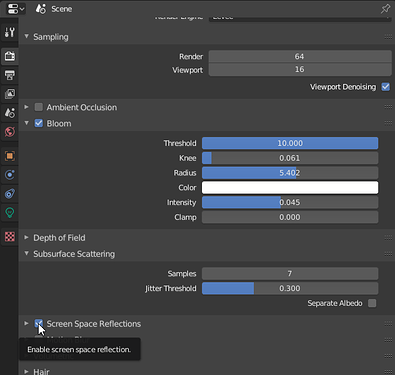 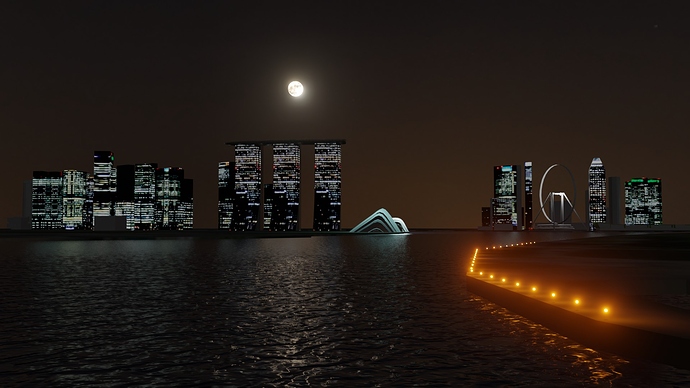 Wow, Eevee is definitively incredibly fast !
This animation was calculated in 2 minutes

This a new video of my project with more details :

Eevee or Cycles ? Difficult choice…
Here’s a viedo with th two renders. Give me your feeling

I think you should go with cycles since in Eevee, the orange lights disappear as soon as the camera moves away from them.

If I use Eevee, I’ll need to render in a bit larger resolution and after, I’ll make a cropping.
BTW, the water reflections arde definitively better in Cycles. At the opposite, the other part of the image is good in Eevee. I wonder if I could make a compositing

It’s possible to composite with Eevee.

I’ll try it and I’ll see if it is worth the effort.

I think I’m very close to achieving this video. All the footages are OK, I need to increase some details. on clip 2 and 4 and I’ll can lauch the rendering 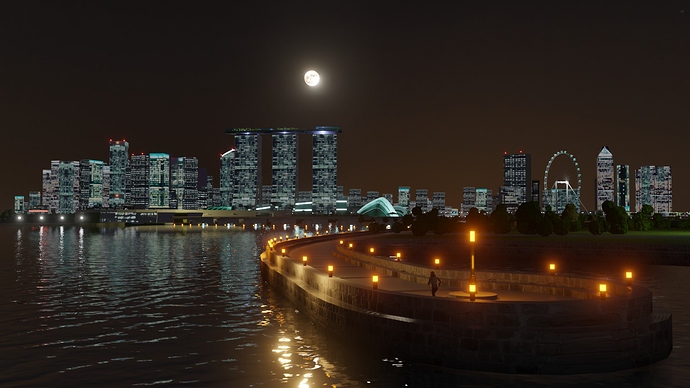 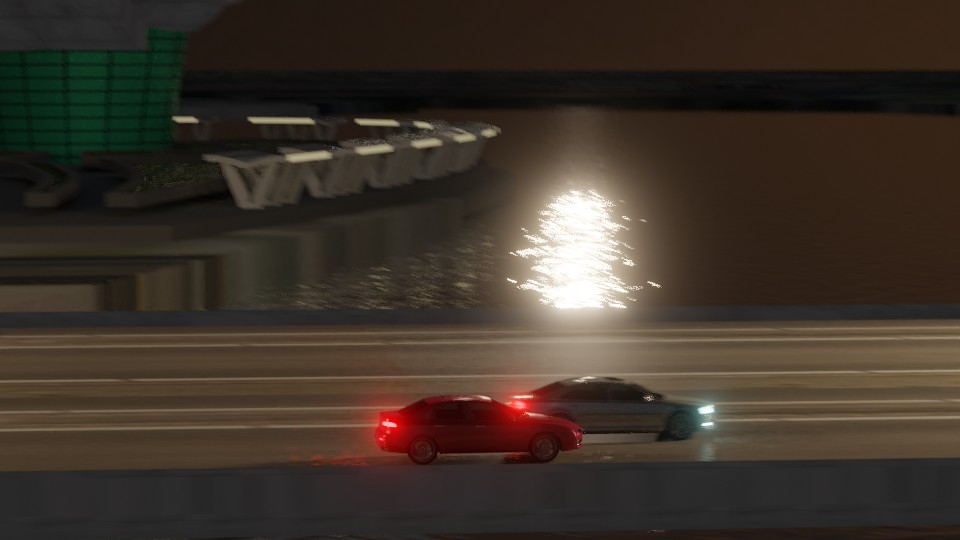