It’s been a while since I’ve posted here, but I’ve decided to get back onto the Blender horse in order to put together a project for a contest I’m participating in. It’s the Reallusion 3D Character Design Contest [they’re the creators of the iClone 6 animation program], but my general inexperience with anything 3D is proving a little problematic.

My entry is a reimagining of the Siren from mythology, portrayed as a predator that uses its deceptively alluring appearance to lure its prey in, which of course are men. Once in range for the kill, the Siren reveals its true colors when it opens its mouth abnormally wide, the jaws and teeth projecting themselves out of the skull like that of the Goblin Shark. I’ve put together some sketches I’ve developed for the character: gggg.jpg412×600
[This is actually a slight edit by another competitor in the contest, who added the fins on the thighs and lower legs.]

I’m working primarily in ZBrush for the modeling, Substance Painter and Designer for the texture, rigging the model in Blender, then taking everything into Unreal Engine 4 to animate the whole thing in the new Sequencer feature. Right now the issue I have is figuring out how to set the mouth design attached below up for animation. Do I sculpt the jaw open, then rig and close it in Blender? I’ll look up so tutorials for general rigging, just hoped to get a specific answer on the jaw before going too far into modeling.

The contest ends of October 16th, so I’ve got a lot of work to do, since right now I just have a bunch of sketches and ideas, plush a base model to build the design off of. I’ll be posting some updates as my project progresses, or you can track the full development process through my Polycount forum post here [be warned, it’s kind of long!]; 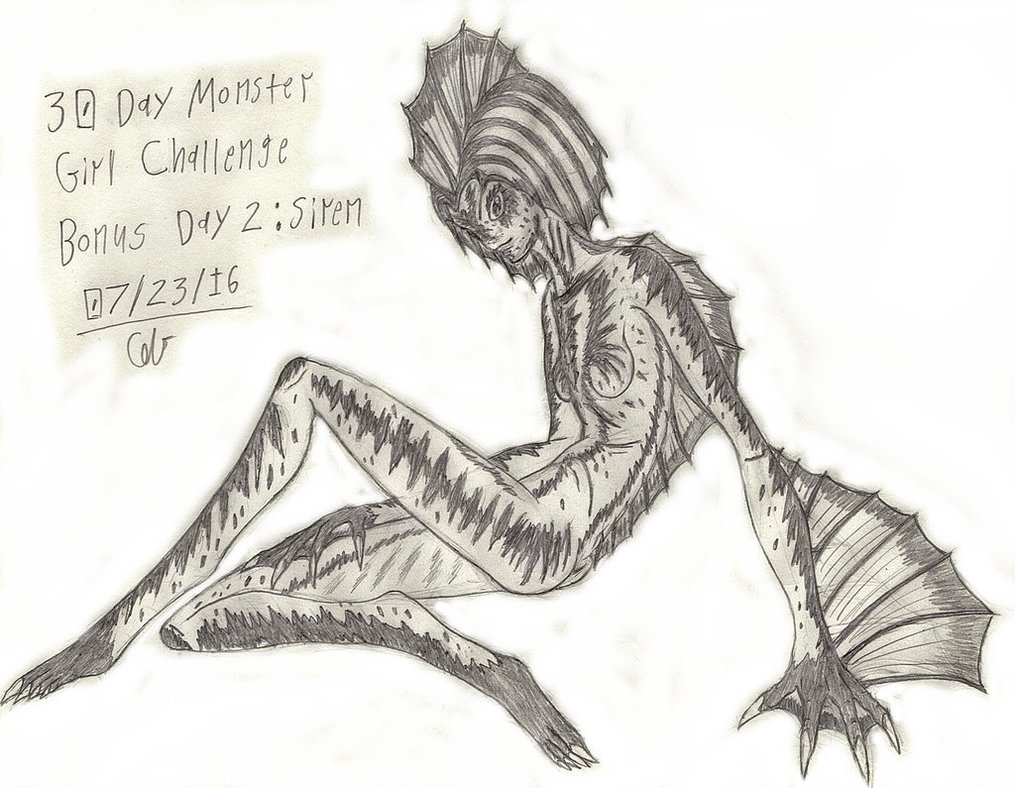 Hello, my name is Geoffrey J. Smith, and I'm a new member of polycount! 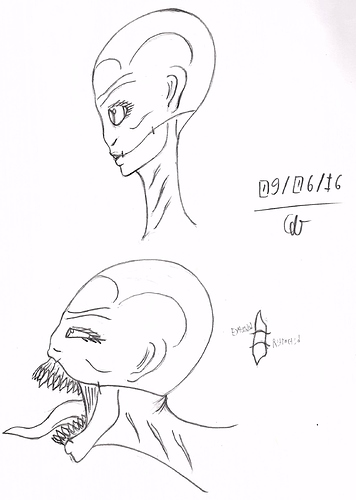 Oooooow I would not like to meet her on a dark night!

…and don’t forget that you need a suitable sound track for the Siren:

…
And you touch the distant beaches with tales of brave Ulysses,
How his naked ears were tortured by the Sirens sweetly singing,
…

Perhaps others could suggest a suitable sound track?

I forgot to mention the environment:

If I remember my classics correctly and it was a long time ago that I studied them, the sirens sat on rocks by the sea shore singing alluring, hypnotic songs to the captains of passing Greek sailing ships, thus luring them to shore where the boats were smashed up on underwater rocks. The sirens then ate the spoils. Ulysses had his men tie him to the mast and told them to ignore all his commands until they had safely sailed past the danger. For some curious reason only the captains could hear the sirens singing, strange folk these ancient Greeks…

So your environment should be a sea shore with jagged rocks under the water and the siren(s) stationed on smooth rocks on the edge of the sea.

No problem, it’s all good suggestions, especially the shapekeys, thanks!