For a long time I wanted to make 3d skate videos, and I have been trying to model a realistic skateboard. I always got the deck and not the trucks, and now I finally got it right ( I think). I will eventually add a background and a setting, and even an animation when I’m done all of that. C&C welcome: 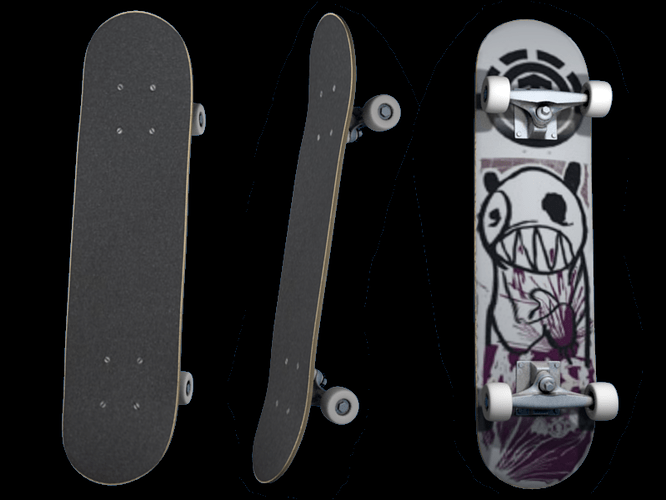 thanks, I think a background is coming soon

any other comments about it? There has to be something wrong. I can’t change it at the moment, because I am on vacation, and in a hotel, but hopefully tommorow when I return I will be able to make changes. This is also the first time I’ve tried to make anything look real so I guess I did pretty good, at least according to Waand.

It looks great and an awesome brand Element but my favorite is DC Rob Dyrdek!

rob is pretty cool, and dc is awesome
can’t wait to play him in skate, same with danny way

ya, I don’t think I will play tony hawk games much anymore once skate is out, I’ll still buy them though

Yeah there pretty awesome i like them but i havent played skate so i dont know if ill like them.