Skinning a basic hand frustration. The finger collapses upon itself.

Been using Blender forever, I’ve only recently gotten to rigging and skinning, and I’m hitting my head against the wall trying to figure out what I’m doing wrong. 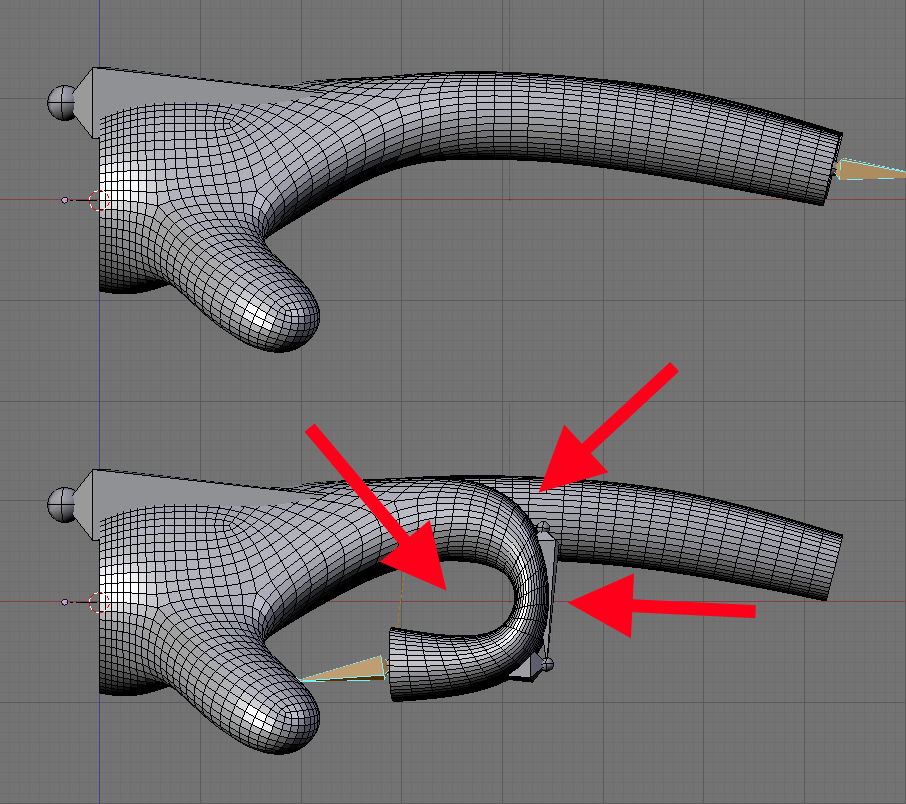 I am a newbee. But I played with the mesh and added a loopcut to narrow the area of influence. May be worth a look.

Thanks! That actually helps a lot. It seems so silly, but makes sense when I think about it. The fingers are simply too simple to bend well. Adding loopcuts to make “knuckles” seems to work well!

I think that the proposal in post #2 is not quite correct. It not only adds new loops but also bones vertex groups are assigned. The idea with bones vertex groups would lead to nice results but implementation in posting #2 isnt good at all as some bone’s groups include verts of adjacent fingers and it is impossible for the model to work smoothly… I’ve re-assigned vertex groups using the original .blend from posting #1. I think the results are better. Also, I’d suggest that bones rest positions get re-aligned to follow more closely the central line of that finger. It is advisable to re-align the palm bone too… Finally, I’d never use an IK solver for the fingers but it depends on the designer’s goals - what will the planned finger movements be, etc.

Here is the newhand_3.blend after modifications I made.