Small island beneath an overcast sky

A fun little project I put together this weekend! Hope you guys like it. 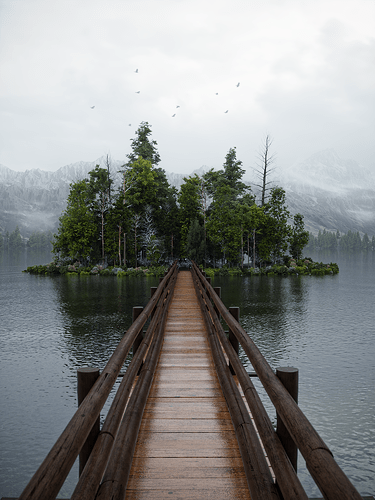 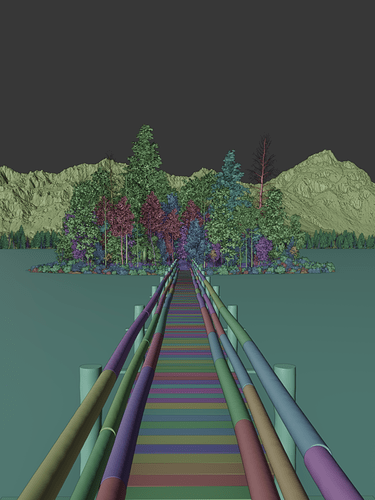 How did you do your post processing? Is the fog/clouds rendered or added afterwards?

The fog is rendered inside Blender by using two volumes: one starts at water level and is very thin, just so it accumulates on distant objects; the other is a vertical gradient around two mountains tall in order to hide the summit and blend the HDRI. I then used Photoshop for post-processing and to paint the birds/add the subtle clouds in front of the mountain on each side.

This scene look great but wood is too glossy/polished for me. Maybe more displacement would do the job for it too. Anyways I like the general atmosphere of this scene.

I want to be there)) Great! 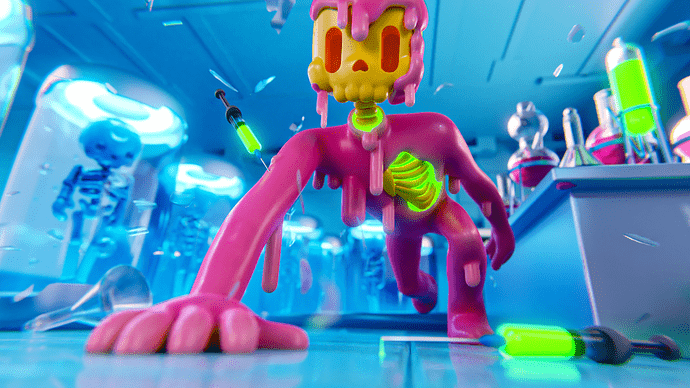 I really appreciate it!! Thank you Bart, have a nice week.

Omg it’s stunning! This island looks a lot like Pyramid Island on Pyramid Lake near Jasper, AB. Is it a coincidence or did you actually take this island for an inspiration?
Great job once again! 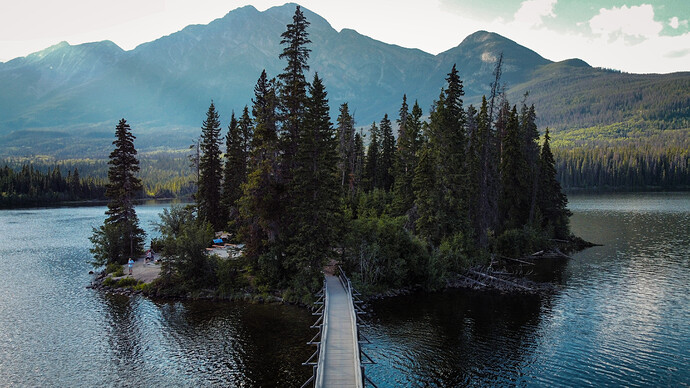 Tks for posting! Love your work!

Absolutely not a coincidence, haha! An image on Pinterest got me thinking about creating this scene, I even commented about the inspiration on my Instagram post; forgot do mention it here, though. And thank you for your compliment!

Cool! Did you use a custom shader with procedural normals to give the lake that look? I tend to fall back on the ocean modifier for water, but the required polycount would seem to make it infeasible for such a large area.

I used two Noise Textures! One represents the ripples themselves and the other is used to slightly distort the Texture Coordinates in order to give the surface that “patchy” look caused by different wind speeds.

This is awesome. Only thing that gives it away is the texture and lack of normal/bump on the wooden handrails. Maybe the wood is a little to saturated too.