hello , ,hope you like him , i need crits , because i want to put him in my showreel

concept is based on another artist .

the head and body are nice but im not really liking the arms or legs, try to make them similar to the body like a bit thicker, rounded etc… but yeah it’s not bad

what do you think of the cylindrical joints ?

The cylindrical joints are the finest I have seen in a long time. Maybe it’s because of your mechical engineering studies that some of this joint mechasism has disbursed into the world of 3d, but I am quite sure that this will studied for many years to come. I think we may some of Da Vinci’s genius return to earth. All the best 3d “g”!

I like him. He looks really nice. I don’t think that the arms and legs are too thin. He is skinny, yes, but I guess that’s his character. There is only one thing that I think is not so nice: the knee geometry. If you bend the knee, there is a sharp wedge shaped hole in it. In the lower picture it looks like you have two different geometries for the knee. Not a big problem though if you don’t want to animate him. Good work.

the robot is trying to operate this left , …

but the owl is annoying him and prevent him from working well , … 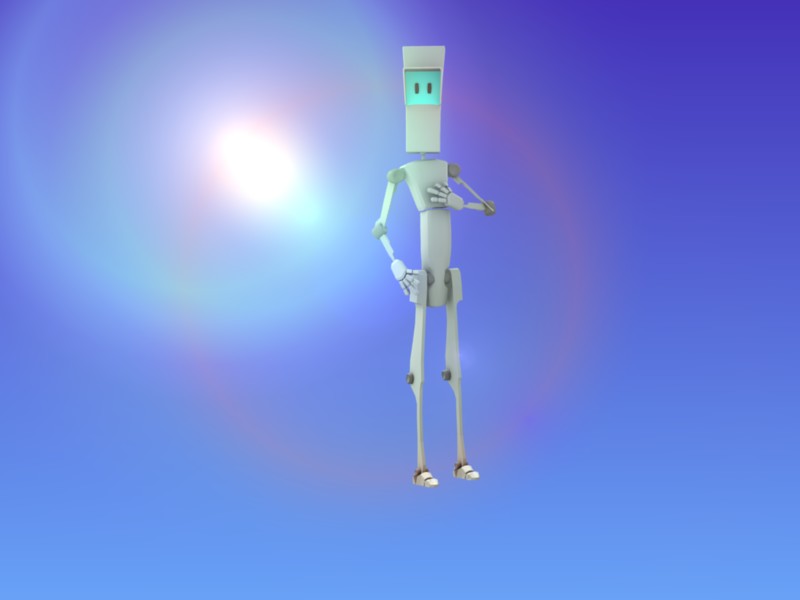 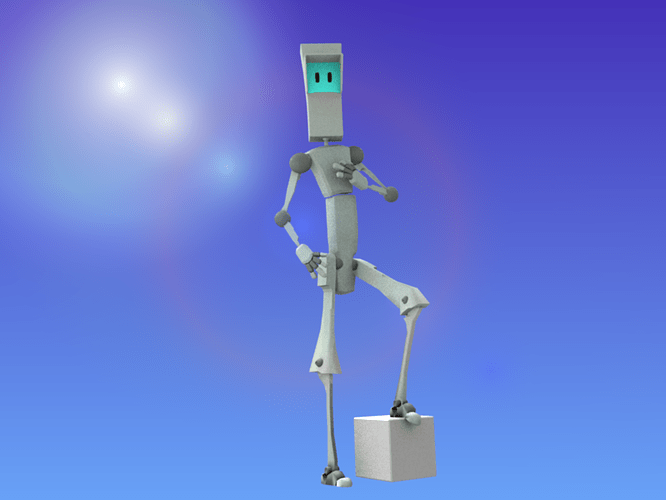 fixed the joints and colored some …

so what do you think ?

I like it, he is simple, but looks good.
Maybe increase the depth(width is ok) of the lower legs a bit. And move the thumb away from the fingers a bit too, maybe increase the thickness of the neck a bit. Thats all that really caught my eye.