I’m rendering a smoke animation and it seems to be pixelated despite experimenting with the settings below. I’ve added the .blend file and a video to show the effect I’m seeing after a very high quality render.

I’m happy with how the smoke looks, I just need to get rid of the grain/pixelated effect

I’ve been through the forums and used the following settings:

I think this grain is caused by the cycles rather than the resolution of the smoke.

Can I ask you - is smoke and flame rendered separately from the rest of the scene? If so, you can blur a little ( about 8 pixels) - this looks OK on smoke, cos it’s kinda blurry anyway.

Also, there’s this button (below) that means that cycles puts it’s cycles grain in a different place on each frame, meaning that it acts more like film grain rather than a non-moving overlay. 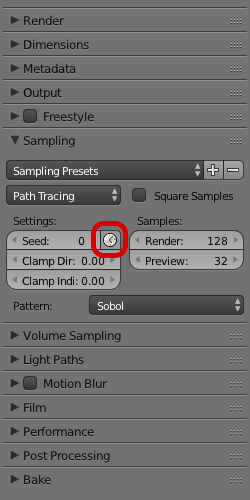 Thank you for your reply. Could you please elaborate on what you mean by ‘blur’ and how I would do this just for the smoke?

Any further suggestions would be much appreciated.

You can blur in compositing nodes… 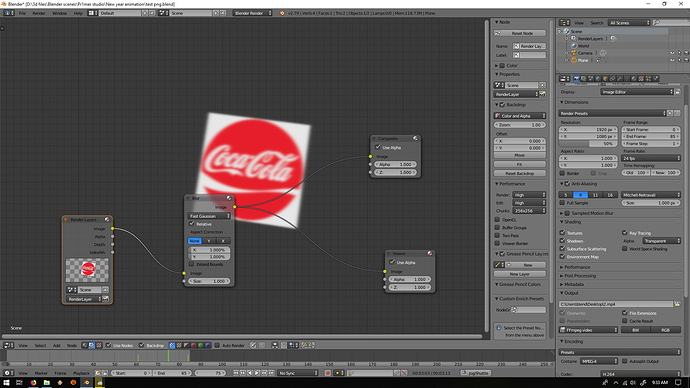 Also - turning up the render samples should help with the grain, but it will render slower.