I’m rendering to RGBA .png files, but in some cases my renders have a black background rather than a clear background.

I’d like to have a transparent background regardless of clipping limits. How can I achieve this?

I forgot to mention that if I set the limits so that I have a transparent background, I also lose my smoke.

Anyway, I’ve found that if I switch my domain object to use z-transparency then I get my transparent background back. Adjusting some settings gives me something approximating my original, but it just isn’t of the same quality delivered by ray tracing.

Is this possible? If so, how. Thanks.

Edit: Actually, on second thought, that won’t work, because the smoke won’t have any transparency. If I can’t get transparency of my smoke domain using ray tracing, I’ll just need to accept the lower-quality z-transparency render.

Are you rendering the sky?

In the Layers panel of the Render tab I have checked

Sky is not checked. I think that means I’m not rendering the sky. But I may be wrong.

Edit: OK. I was wrong. I changed the horizon color, and the render’s background changed along with it. I don’t know how to not render the sky then.

I’ve recreated the issue I’m having in the simple, attached .blend file. I made the default cube my flow object, and added a domain around it. When the domain is set to use ray tracing, it takes the horizon color as it’s background, as shown in the attached .png. If I switch to z-transparency then the domain is transparent, and the red sky is never seen. Unfortunately, z-transparency just isn’t going to work for me, so I’m hoping someone can show me how to make my domain transparent while using ray tracing. 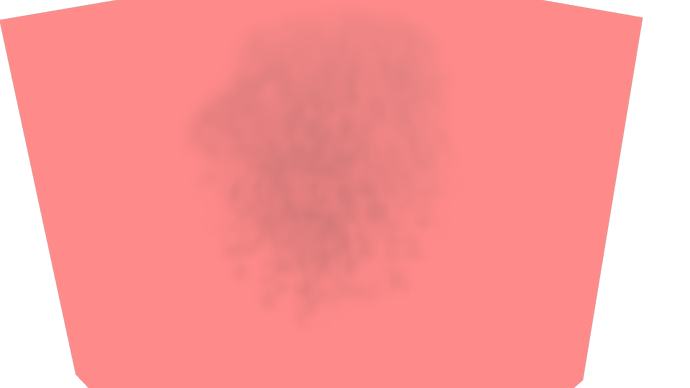 I have not tested your file. Here is my test with transparent smoke domain.

EDIT: Sorry my bad. You have requested a transparent background with raytrace. In my file it’s z-transparency. :o

Thanks for trying to help. I even upgraded to 2.65, hoping I could see how you did it.

It is not possible to render smoke with raytrace and a transparent domain.
For compositing you have to use z-transparency.

I have found this older bugreport:
http://projects.blender.org/tracker/?func=detail&atid=498&aid=27544&group_id=9

For getting alpha values for compositing transparent objects, Z transparency instead of Raytraced Transparency must be used.

Thanks for tracking that down. That’s unfortunate, but I’m working on another way to handle this scene.