Smoke not Displaying in Blender's Viewport?

I’ve just been trying to put together a smoke sim in blender 2.74 using the quick smoke preset however have found that it does not show up in the viewport, yet will still render.

Long story short i have recently updated my AMD Radeon 6750M drivers and it has given me some issues with using the older versions of blender (2.71>), however i have apparently now managed to fix that issue with the error126 fix.

I had initially thought that the smoke not showing up was an opengl issue caused by the drivers, (especially since opengl render no longer works for me), however having now been able to use 2.71 again i have found that not only does the smoke display in 2.71s viewport, but i can also opengl render in 2.71?!

I’ve attached 3 screenshots of blender 2.71, 2.72b and 2.74 each with the default cube having a quick smoke preset applied to it and the animation played to frame 70. As you can see there does not seem to be any issues with the viewport in 2.71: 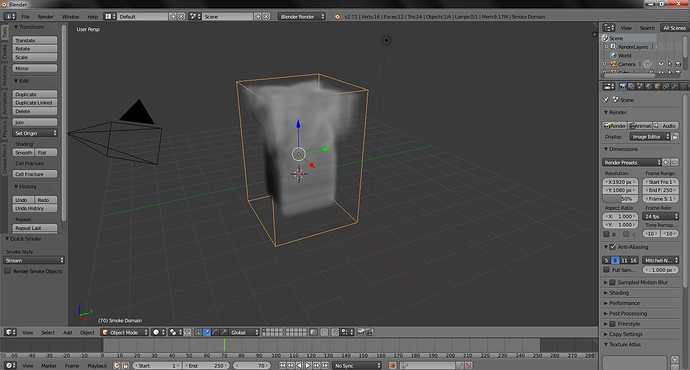 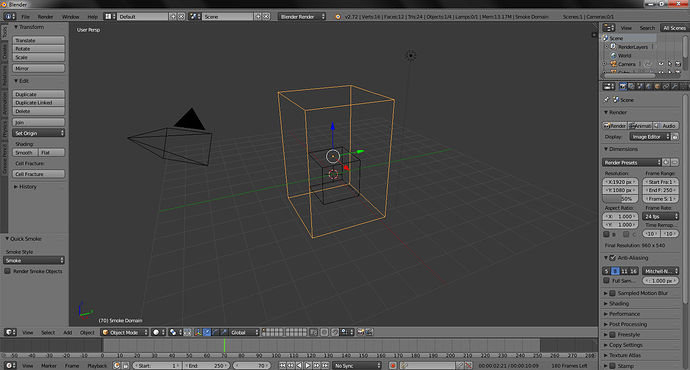 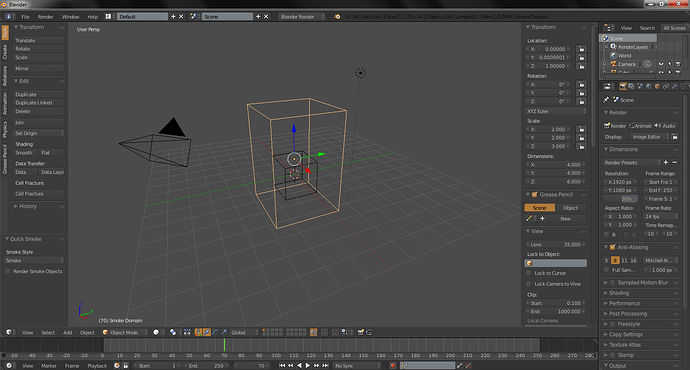 This has lead me to ponder if blender uses a different opengl version from 2.72 onwards, or whether there’s just something blindingly obvious I’m missing (wouldn’t be a first!;))?

Anyone have any ideas?
Thankyou in advance!

Not sure if it will be useful for anyone but for future reference here is a link to the Blender Stack Exchange page which provides the solution. http://blender.stackexchange.com/questions/32786/why-is-the-smoke-preview-not-showing-in-blenders-viewport/32901#32901