Smoothing the mesh with saving some vertices (Subsurf)

So I’ve worked out a basic model, now I need to polish it.
I wanted to Subsurf it to get thicker mesh and then work on some details. The question is: is there any way to Subsurf the mesh while saving some vertices’ positions (like tips of spikes)?

Creasing edges won’t do unless I add a microscopic edge in the place of each vertex, since I need to preserve single vertices. Guess that’s what I’ll have to do if no one comes up with some better idea.

Perhaps describe the problem with more detail and images/screenshots, a example .blend would be nice too. Better understanding what you’re trying to do might yield better suggestions.

Basically the model is http://kalia24.deviantart.com/art/Imperial-3D-WIP-493131110
And the problem are tips of the horns/claws, which get drawn closer to the model (shortening the horns/claws and making them round) when Subsurfed. Didin’t include the model, since you can reproduce the issue at any cone.
The point is I’d like to preserve the length of the horns/claws, but get thicker mesh. 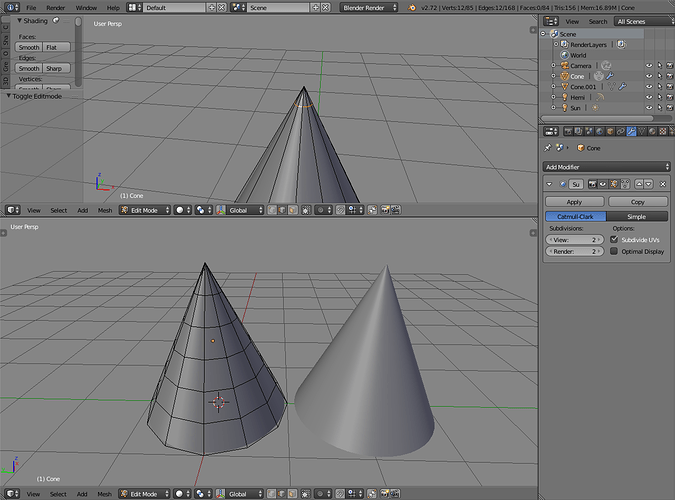 Support loop should do the job.

Yup, it seems they do, thanks