I was making some characters, and I came up with this guy. My version of a smurf, i guess, except that he looks somewhat warlike. I think I may make some anims with these guys, blowing each other up, or some equally stupid thing. The real beauty of this guy, is,…you can’t see his mouth! ( so no time spent lip syncing ) also, the top of his ‘hood’ will take the place of his eyebrows, for expressions. 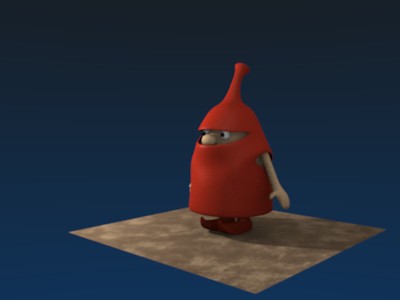 I have textured this one as a sort of caveman. I figure he can be about anything according to how I do the texture. The simplicity is the beauty of this guy. I’m going to try giving him some different head ornaments too. 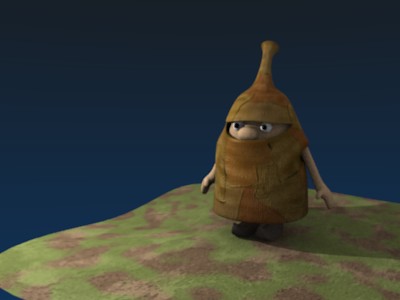 I would like to see you do the animation´s with these smurf dudes, could be fun to make too.