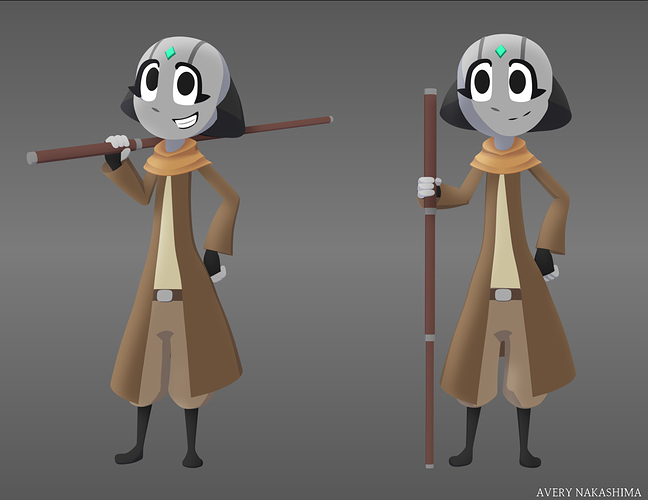 image.jpg1400×1080 139 KB
This is Sol. A robot girl who lives in a post apocalyptic world where robots once long ago ruled. Most of the world is now in ruins, but a small number of robots remain. All organic life has long since perished in this world, or so it seems…

That’s the general idea for this character’s story anyway. Honestly, as of the moment, I’m not intending on doing anything particular with this character. Though I would love to create a comic or animation with her one day. But I have my hands in to many personal projects that I’m having trouble completing at this point. And this would just be another. 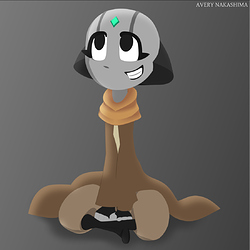 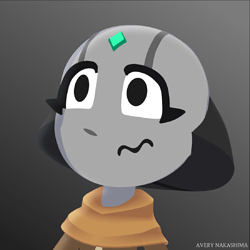 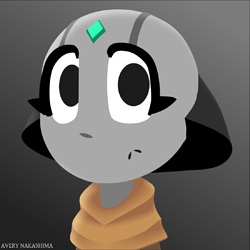 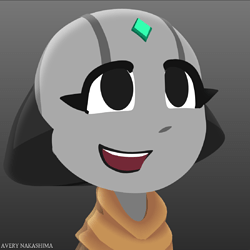 For those wondering, yes, this is 2.8, and this is Eevee. This character uses no textures just vertex paint. The mouth is actual geometry that I control using shape keys. Her eyes are spheres shaped into an oval through a lattice modifier.

Anyway, I hope you like her, I sure hope to do more with her in the future.

I just love the style it has! Also seems very expressive and I liked the geometry (I’ve inspected it on Sketchfab) Overhaul really nice work! I would like to see it in a short animation!

Thanks @rogper! I really appreciate your input!

I did my best to make the style feel like it is 2d. Because of that, I focused on the color and shape of the character most importantly. It has some cell shading in the renders, but you’ll notice the Sketchfab model has no shading, it’s just color and geometry, yet the form still looks great!

The other thing that helps create that 2d visual is the mouth, the mouth is a separate object that is free to be moved wherever on the face, and I would use shape-keys to control what the mouth shape would be. This was important to me, because a lot of cartoon characters have their mouths shifted either to the right, or left, depending on the camera angle.

I have a lot of characters & stories that I would love to animate, I just don’t know if I have time.

But as an aside, if you’re interested, I have a short film that has a character using the same principles as this character (Solid color shapes, cartoon mouth.) It’s almost two years old now, but still my best character animation short.

I’ve seen “A Helping Hand” and I noticed all the details you mentioned, especially about the mouth animation

I understand that time and life don’t give us much room to work on our personal projects, but, even more after seeing your previous works… in your own words: “you know, I think the journey worths it!”

If you ever start the animation for this character (or even other), let me know that I’ll follow your topic from day one