I have now finished my second Blender project!

It is of Solombum the Werecat from the Inheritance Trilogy by Christopher Paulini. 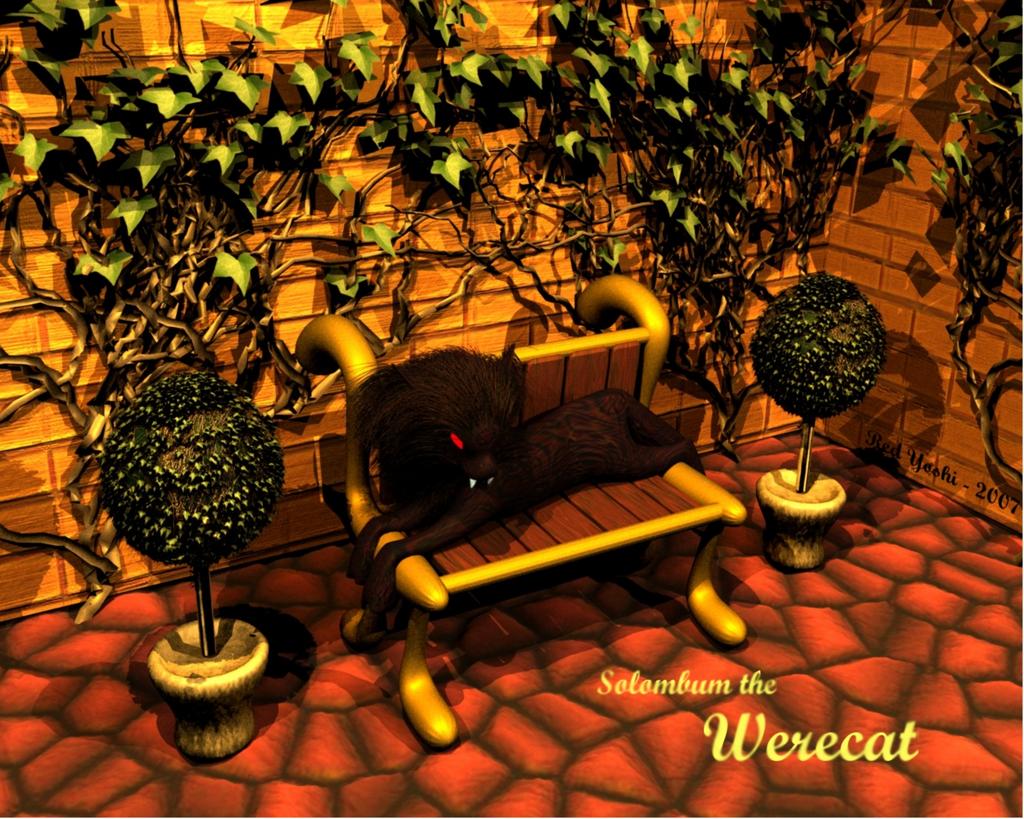 ivy made with ivy generator, wood texture for bench in wood workshop, other textures made in texture maker. (free version)

What do you think of him? I have a larger resolution on hand if need be.

Congrats on ur second project completion!!! I like the plant textures and the bench…My kritik:the plants kept beside the bench seem to be exact copies of each other…If u cud well rotoate one of them they wud perhaps look different…also the body of the cat needs some work…currently it looks as if it has no bones…it needs to be hard…

I kinda meant for Solombum to look like that… liquid kitty… something like that.
I have a more boney render, with a diffrent fur texture, but decided that I liked this one better and posted this one.
As for the plants, I forgot to rotate them after duplicating.

This project is finished though so I won’t be updating this thread with new pictures. Thank you for letting me know though! I try not to forget next time!
Any other comments?