I’m wondering if there’s a way to get a plane to only show other objects’ shadows and mirror image, but not the plane itself. Kind of like the “only shadow” option, but showing both shadow and reflectivity.

Edit: Sorry I didn’t label this as “solved” sooner, guys.

I’m assuming you want something similar to the attached image.

Why this works:
The scene layers in the Render Layer panel are equivalent to the layer controls present in the 3D window. They determine what is to be rendered. Render layers are used primarily when working with nodes. The render layer is the composite of your scene layers and render passes.

What we’re doing here is using the scene layers to provide the render pipeline with everything on layer 1 and 2 (step 5).

However, we’ve also told the pipeline to ignore layer 2 when building the render layer (step 6). Since the monkey is on layer 2, it gets ignored. But since its shadow and reflection are present on the mirror plane layer 1, they get included.

If this gets you the effect you want, can you please put [solved] in the title.

Actually, by all of the “onlys” I was more referring to the plane than the object casting the shadow/reflection; sorry for the confusion. By this I mean the object would be completely visible, but the plane below would only be visible in that it’s receiving a shadow and the object above’s shadow… you wouldn’t be able to see the plane itself at all, ideally.

Floor reflection and shadow is a slight problem to do in Blender, but here are a couple of files.

One demonstrates the floor reflection and shadow. Basically you need two planes with two different materials. The top plane is the reflection material and what passes through the plane ends up on the shadow plane. The shadow plane is set to “OnlySahdow” so you can still see the world back ground through it all. It is not perfect, but it is close. You can fade shadow and reflection intensity via the ALPHA slider on each material.

If you need floor reflection with alpha check out the second file. It does not support shadow because it relies upon the black background to extract the alpha in the compositing pass. Also, if you swap out the object, remember to set the passindex for your object to 2 or it will not work correctly. This one is usefull for making glossy icons with reflection and alpha. 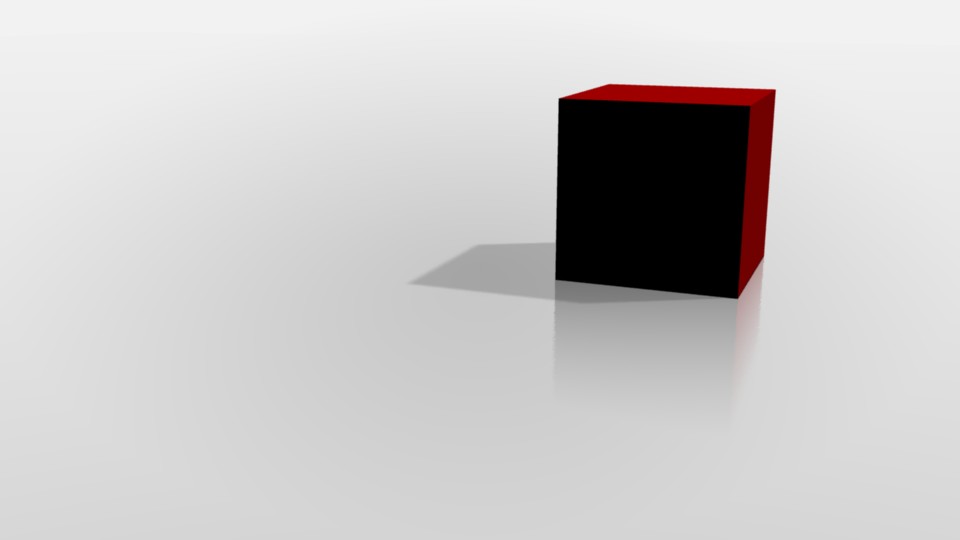