I’m seeing something I can’t figure out. I’m weight painting a foot/leg to their respective bones. When I’m in weight paint mode, all looks well (all the vertices are moving with the bones as they should) but when I switch to pose mode, I’ve got a couple of straggler vertices that aren’t moving with the rest of the mesh as they ought to.

I have no idea why this is happening. This is particularly a problem because weight paint mode is where I would try and fix this, but that’s where everything looks ok! I would have thought this situation impossible; it doesn’t make any sense to me, but there you go. Here are a couple of images. Any help is appreciated:-)

in posemode.jpg note the vertices not following the mesh.

in weightpainting.jpg the vertices are all following the mesh correctly! 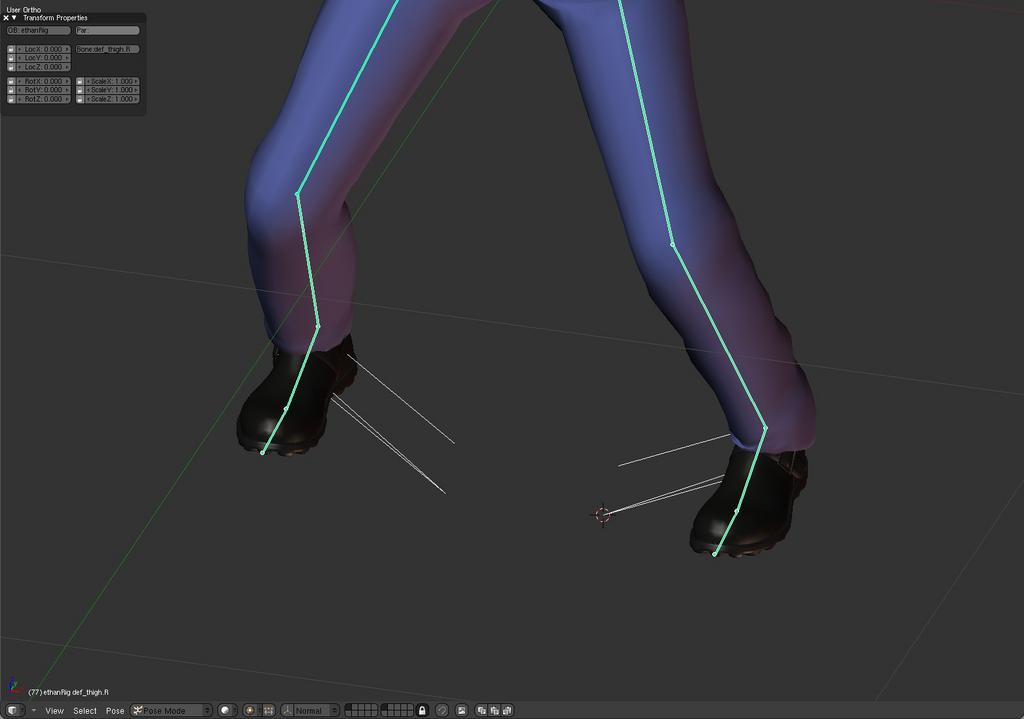 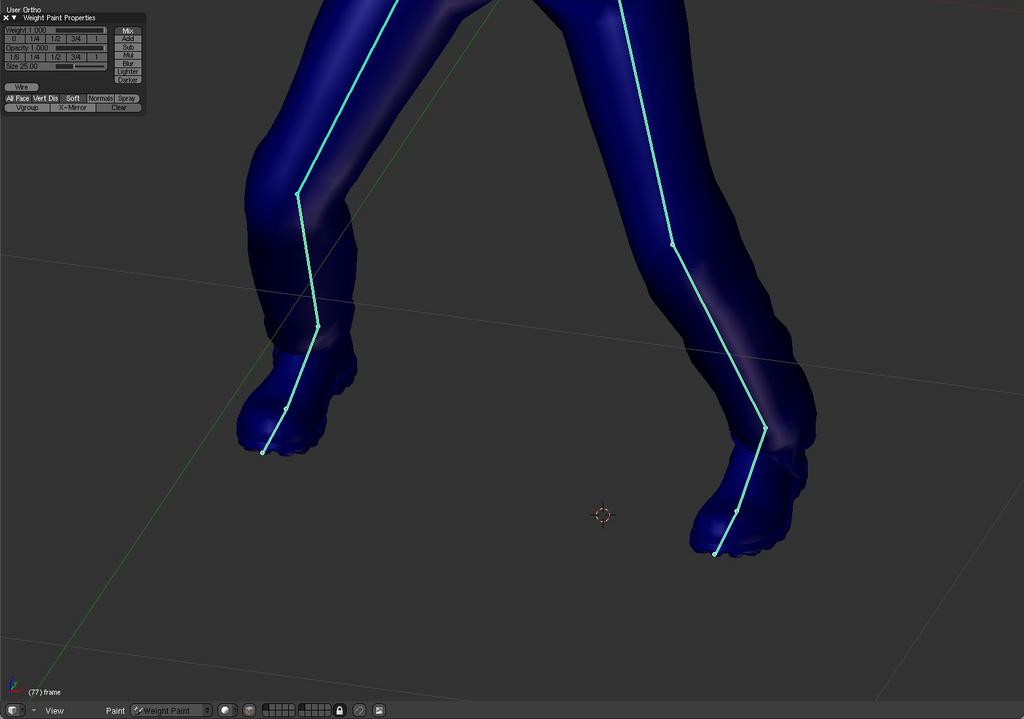 It looks as if there is some simmetry going on. Have you checked all bones? Sometimes there is one or more bones using vertices you don’t want… When in Weight Paint, press the Z key to see wireframe, maybe that will help spot something.

Hi,
Thanks for the response.

Yes, same problem on both boots. I have looked through all the bones, and there was one bone which still had deform on and shouldn’t have. also, the vertices were pointing towards it, so it was suspect. I turned deform off for that bone, but it didn’t solve the problem. It’s weird.

I just did some test renders and the vertices aren’t showing up in the render (not making faces I guess? just the faces get rendered I think) so I’m not going to worry about it, and just move on.

Update: just figured it out. They were edges that weren’t associated with any faces, so I guess the weight painting ignored them? No big deal since they weren’t showing up in render, but it’s still nice to get rid of them:-)