I am attempting to make an updated version of the Gus tutorial that was in the 2.3 guide. In the interest of keeping it simple, I chose to rig him using automatic weights. When I tested him, I noticed some of his frosting was disappearing into his body during extreme distortions, so I manually set the weights for his wrist and mouth frosting to maximum, and yet as you can see here, his mouth is fully inside his head, and his wrist is on its way to being consumed by his arm. Any ideas on why this occurs, or how to deal with this, other than using corrective shape keys?
(edit) I think I realized what is happening…there might be some minor auto-weighting happening with bones other than the obvious ones. So his neck bone is probably causing the problem with his mouth, and his bicep is probably causing the problem with his wrist frosting. 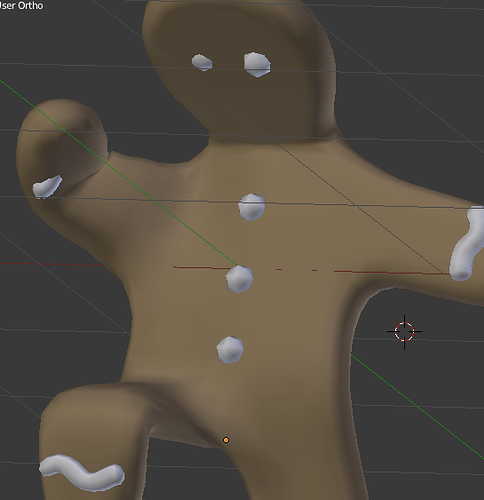 (edit) yep that was the trouble allright. 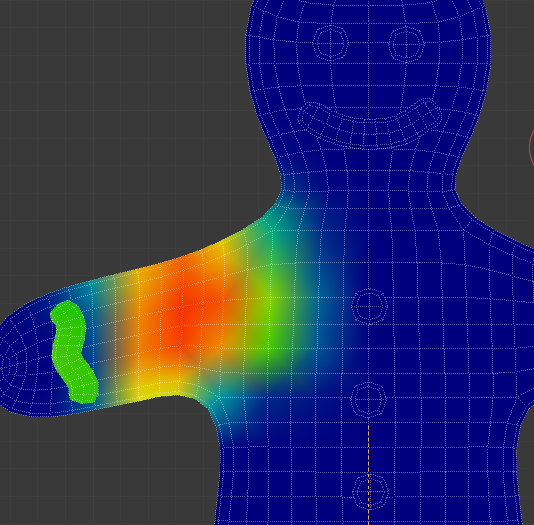