Help me to improve this, I know it has errors and i would appreciate help 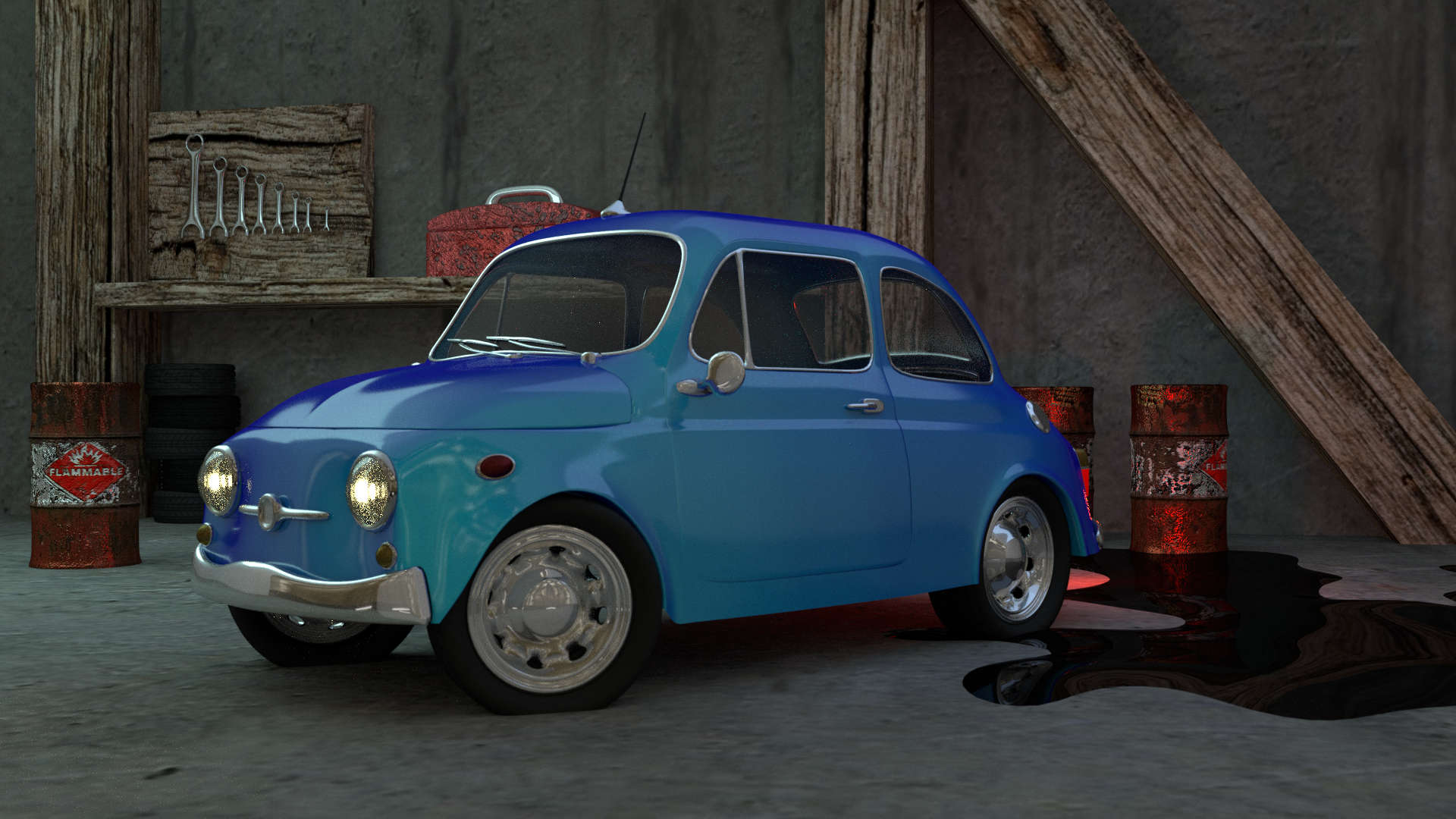 Overall, it looks pretty nice. Good modeling on the car.

One easy thing you could change would be putting a higher resolution texture on the floor–it looks a tad blurry. Also, for how scored up the wood is, the beams wouldn’t have perfectly straight edges. The displacement on the barrels and the toolbox seems a bit strong, too. A tad bit of DoF wouldn’t do any harm either. Idk what lighting setup you have, but it feels a bit too weak and uniform. Of course, you might be doing that to aid the “run down garage” effect.

I really like the car (especially the paint and the headlights), but it doesn’t really match the rest of the image all that well. The car itself looks much more comical (surrealistic) than the floor, the wood or the barrels in the background. Why not try handpainting the textures or looking for different pictures? You could also scale the barrels a little (they look a bit small in comparison to the tools in the background).
I find that consistency is often what makes or breaks the image (something I struggle with myself).

I like the look of the car, very nice. The oil slick looks a little odd to me though. The texture on the work bench and wrench holder looks large also.

you helped me a lot. I didn’t even noticed the problem with proportions until now… And for the textures, I think it is a good idea to go with handpainted textures. Thanks

How cute! Fiat 500 or 600? I like the car a lot though it has very show roomy color. That’s not a bad thing, but it just don’t sit right with the background. It’s too…Messy and clinically clean at the same time to sell the render. And sure the proportions are off, but I would think some other background would suit better. Just something simple and then build the details, but not too much as it would take the attention off from the car. 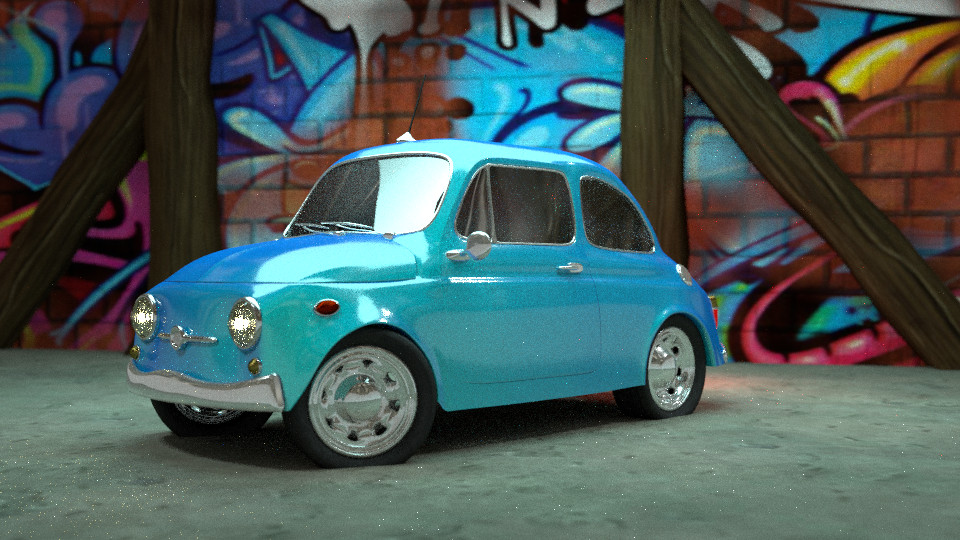 fiat.jpg960×540 176 KB
OK, I removed everything and put handpainted textures, fixed the lights so now it doesn’t look so realistic. So comments again will be appreciated.