As a complete Blender newbie, I embark on this bold mission to learn how to model, texture and render photorealistic scenes in Blender.

Ok its kinda weird time for this but why not, I want to get this project done!

I have two visions! To recreate these I need to model one yellow fuzzy trance-hairy interior, something like a bar perhaps… literally hairy - yellow tufts of hair! And another one: a huge high tech art-deco hall of some kind! With the authentic feeling of parking hall and the feeling of concrete skies… 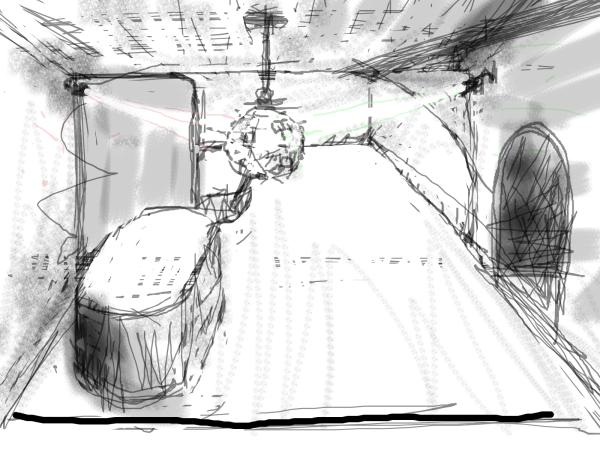 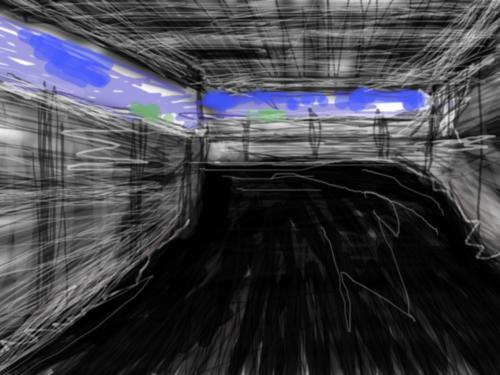 The Pole - Edge loops and 3 & 5 poles and topology
http://www.subdivisionmodeling.com/forums/showthread.php?t=907

So lets start with the nightclub scene…

I will try modeling this scene and then post the result.

Notes
Managed to do the oval table but already run into something I dont understand.

Cannot make the mesh look smooth even with autosmooth or set smooth. Autosmooth does nothing (1st cap, you can see the gradations, not a smooth form) and set smooth makes it look ugly and funny (2nd cap)… Time to hit the reference! 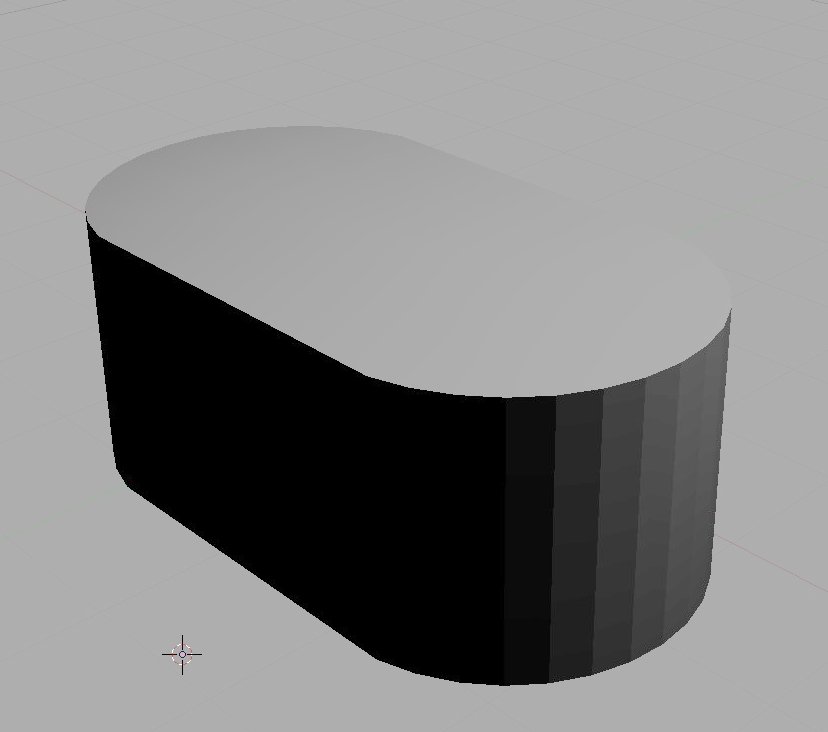 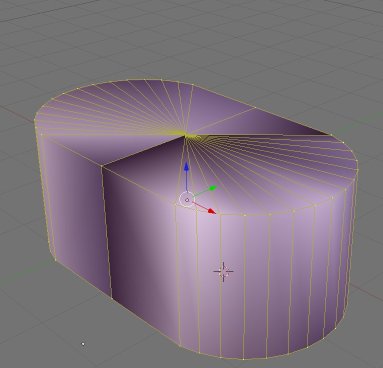 Hit Ctrl+N, recalculate normals outside, that’d do it… i hope:P

Hm, yes I tried that, but no, that didnt help either, I can see the normals pointing outwards but the side of the table still has the square graded poly appearance… lol I feel kinda powerless! Some of the fur-effects I tried also behave similarly to the ‘set smooth’… dark creases in the middle, strage pale colors near the ‘tables round edge’.

what did you use…circle, cylinder?

Used a 32 segment circle mesh… edited that into oval shape… then extruded the oval shape twice… Scaled the second extruded edges into single point, and merged vertices (-> 32 segment tabletop you can see above in purple with yellow edges).

maybe you could just use a cylinder… just a thought

Hmm well, it seems that using subsurface catmullclarke on at least 5 levels is the way to smooth these objects… So I guess its OK that the pill table shows with gradations. Now on to the disco ball… or maybe the room first

OK found a relevant reference chapter ‘Smoothing’ ! You can read it here
http://www.blender.org/documentation/htmlI/x2681.html

But I am really not sure if Autosmooth works correctly on my Blender 2.41

Hmm well, it seems that using subsurface catmullclarke on at least 5 levels is the way to smooth these objects…

no, soon your computer starts working like snail if you have that much unneeded vertices.

Try control + n again and under meshtools remove douples. I don´t think that there is any problem in autosmooth in 2.41.

Autosmooth does not work in preview, only in renders, you’l have 2 put up with it while modeling, it should work in the actual render. If you still have problems, go into edit mode, press “a” till all the vericies are selected, and then press remove doubles, then “a” again a few times to ensure complete selection, then “ctrl-N” to recalc normals, then click the smooth button, making sure autosmooth is on.

Wow! First I must say I am really positively surprised from all the help I am getting! :o Thank you for helping a n00b out!

I tried, among other things, the following:

Selected pill table with RMB, TAB for edit mode, clicked on facesselectmode and AKEY to select all faces.

Then clicked ‘Rem Doubles’ - to which a popup replied that 0 doubles removed.

With all faces selected, did the CTRL+NKEY or Selected “mesh” and Normals and “Recalc outside” - even tried flipping normals back and forth.

All the while ‘Auto Smooth’ activated and on 2 degrees.

I can see all the normals pointing outside with ‘Draw Normals selected’.

EDIT: Solution!! Even if the Auto Smooth is down’n’out, selecting all the table ‘side’ faces and clicking on ‘Set Smooth’ does work!

Finally I can move on to modeling the interior walls… For which I think I will simply use a single sided mesh cube with the faces pointing inwards. 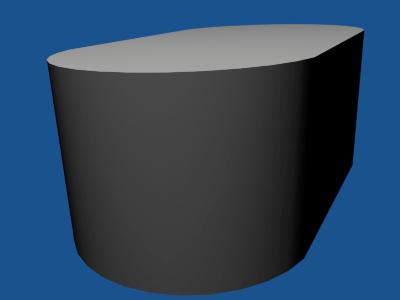 Notes
Modeling the interior walls for the hairy nightclub scene

Cutting a doorway in the wall - coming up with a clever tactics:

Not sure if it would be wise to split into separate submesh? I wont do that cause I dont know.

Pushed-And-Pulled the vertices until the cut-out was close to a suitable size doorway, subdivided the top-edge of the doorway and am now in the situation in the screen cap 3.

How to make the doorway round?

EDIT
More notes on the subject of making a doorway

Attempted ‘To Sphere’ rounding of the doorway (see this http://blendernewbies.blogspot.com/2006/09/video-cutting-hole-in-your-mesh.html )

*Starting from the top, going to make a spherical hole first, then edit out the other half.
EDIT Thats not really a clever strategy either - the whole doorway needs to be subdivided a lot and the whole mesh gets messy and too many vertices (faces).

EDIT thats it, doesnt seem to be a clever semi-automatic way to make a nice clean doorway with a concave ‘top’, so I will make it manually… Pushin’n Pullin…

Heres the manually modeled doorway (hasnt got an extruded corridor yet…)

EDIT extruded a doorway, as usual… Selected the corridor ceiling faces ans ‘Set smooth’. Here is a render… Looks like the doorway silhuette still has bit of ‘segmentation’, ie. the curve isnt round, more subsurfing will help I guess. A little break before the modeling all-nighter starts in 4-5 hours

Any comments so far? 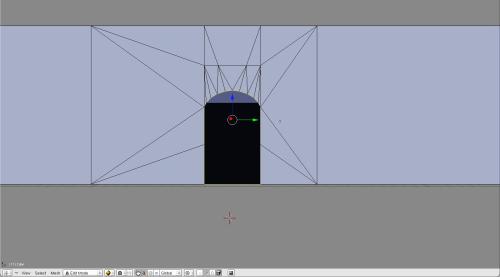 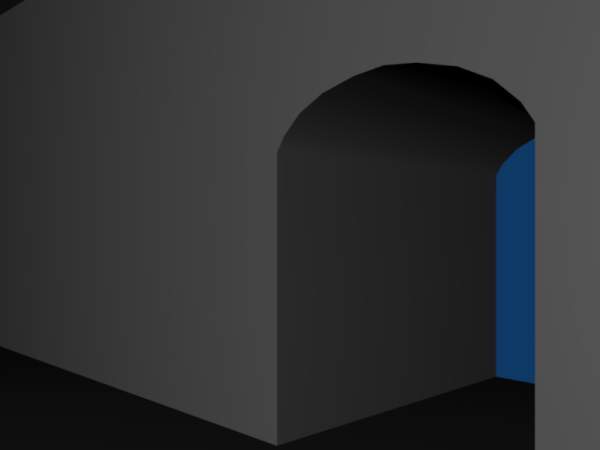 isnt as easy to model as I thought

Ended up with a compromise. 32 segment UV sphere extruded, then in edit mode select inverse and delete faces. Then select all faces and extrude again. Then you have the mirror-pieces. Finally added another 32 segment UV shere inside, one thats just a little smaller, colored black.

A real mirror ball is composed of small square mirrors, each one same size… Really not sure how to get that effect other than manually copypasteing and translateing into correct position few hundred small mirrors. 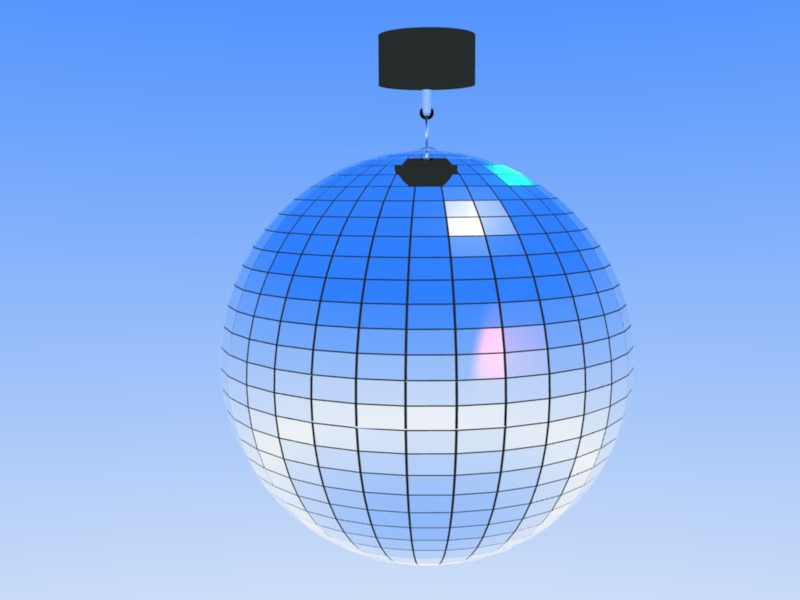 Heres a cap of the progress.

Next up (horrors! :eek: ) Texturing and Lighting design…

…I cant even get the disco ball to cast reflections on the wall :rolleyes:

EDIT the old ‘non smoothing pill table’ bug (?) is back. No amount of selecting faces + ‘set smooth’ seems to work, not even when combined with recalcing and flipping normals, nor does autosmooth have any effect on the tables. Sigh… 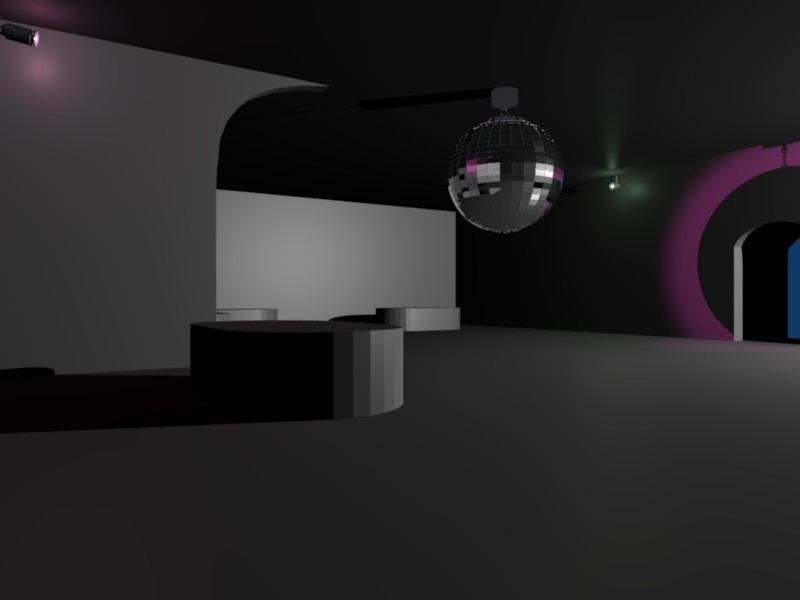 What rendrer are u using?
if blender internal, try yafray. you will need to completely redo a lot of your settings, but with a spotlight, and a photon lanp with lots of photons, you should be able to get light reflections of the walls. Be carefull with yafray though. its settings are tricky, and its tempremenatal, especial with photons. it frequently gets annoyed with oblects and decides to completley ignore then from then on. Make sure you “save as” (saving with a different file name) reguarly if you are playing with it, or you could find yourself having to completley remodel and texture a lot of your stuff.

if you want to post your .blend, i would be happy to have a play around with your smoothing problems, and se what i can do with the light reflections.

Good evening Shamen! Geez I did it again, was procrastinating all day away - so its gonna be another all nighter cause I need to get this done! (hump’d the hump with my GF haha)

I was using the internal renDrrr. I also simply clicked on all the smoothing settings so long that suddenly autosmoothing had an effect - what a mystery! Anyway them tables are smoothed now.

I’ve been working on the fur, like I said before, I want that club to look like its covered in long yellow strands of finger lenght ‘faux trance-fur’… bit like XL large teddy bear tufts.

Something like this faux fur http://www.corneliajames.com/ecomm/graphics/RN_14_MN.jpg But more spikey punky. More shaggy!

Strangely enough, all the fur in Brians excellent fur library are too neat and small… so I am trying to cook up my own faux shag. So far its problematic.

First of all, the particle hair is too long, and second its not dense enough. Another thing is how the hell to get shag appearance when I dont even know how to work the texturing engine!

Well, tweak till youre a geek, cant be hard to learn in a few hours 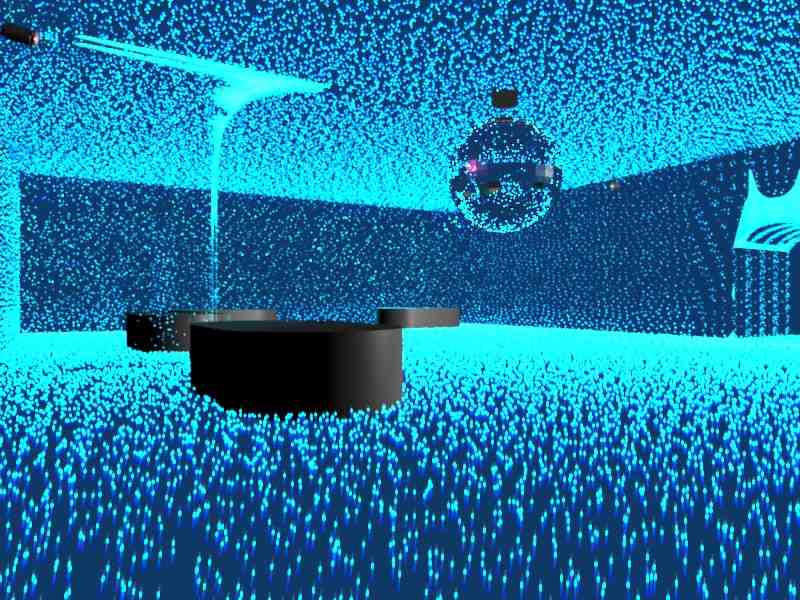